NASHVILLE, Tennessee–SuperTalk 99.7 WTN veteran broadcaster Brian Wilson, host of Nashville’s Morning News, will release “Throw that Catfish Down,” a song he wrote to support the NHL’s Nashville Predators, in its live on-air debut on his radio program today at 7:30 a.m. Wilson wrote the lyrics to the song, which was recorded just days ago in Nashville’s Ocean Way Studio B with top session musicians. 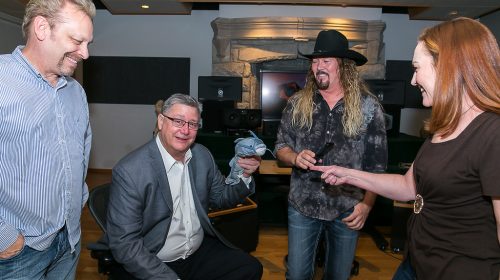 After the Predators beat the Jets in Winnipeg Thursday evening by a score of 2 to 1 to tie the Stanley Cup Western Conference semi-final series at two games apiece, the momentum of the series is swinging back to the home town team, which will host the fifth game at Nashville’s Bridgestone Arena on Saturday.

Wilson thought a team song might inspire the fans and the team, and help propel the Predators through the playoffs to the first Stanley Cup Championship in the franchise’s history.

The idea for the song came from a segment of his Morning News Show, Culture Corner, where the idea is to juxtapose a silly bit of original poetry about something in news (in this case — catfish tossing) against the musical backdrop of very serious chamber music. It started out as an entertainment bit but later thought it might make a good pre-game anthem for the Predators.

Wilson sent the lyrics over to his friend, the talented Dee White, and he came up with a tune. Wilson then contacted Producer and keyboardist, Buddy Hyatt, who he had met only the week before. He massaged Dee’s version a little bit, “and made it as exciting, as interesting and as fun as [he] knew how.” Hyatt came up with a chart and agreed to take it into his next session with some of Nashville’s top studio musicians. 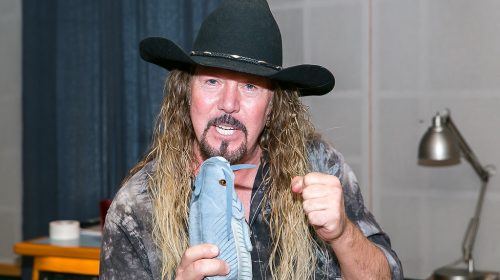 Brian Wilson describes himself as an “amateur picker.” Therefore you can imagine how thrilled he was to walk into Ocean Way B on Music Row and watch certified Nashville Cats like guitarist, Brent Mason, and bassist, Mark Fain, bring his ‘modest lyrics’ to life as a rocking little tune.

Wilson recalled, “Buddy had a session going with like seven of the top people in Nashville. Within 45 minutes, this silly little poem I had written had turned into a big musical production.  Buddy reached out to Michael Lusk to record the vocals afterward — and he took it up another notch.  States Lusk, “I had just heard Brian’s poem that morning on the radio.  When Buddy called me to come sing, I had no idea that this was what I was singing on. When I got there, I was so excited that this was what it was.” 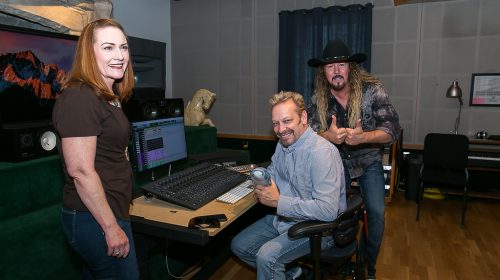 Wilson, being overwhelmed with the results, stated, “They killed it!”  Wilson reiterated, “Every single person who touched the project added to it and made it better. I love that!  [It was] truly a collaborative Music City effort. My great hope is that the Predators fans like it and it becomes part of the Predators culture.”

You can hear the anthem here now in advance of Wilson’s live broadcast debut of the song today at 7:30 a.m:

You can also watch and hear the YouTube video of the song here.

Brian Wilson invites you to share his song with all Predator Hockey fans.

5 Thoughts to “WTN Host Brian Wilson To Debut ‘Throw That Catfish Down’ Song in Support of the Nashville Predators Live at 7:30 AM”