Nashville, Tennessee – David Henderson is a singer-songwriter who was born in Budapest, Hungary. The son of an American father and a Hungarian mother, seventeen-year-old David burst on to the Hungarian music scene in 2012 when he was discovered on The Voice: Hungary.

With family roots in the Nashville area, David has an appreciation for country music and 70’s rock.  He has also been heavily influenced by the music of the 90’s and the early work of Max Martin, as well as more recent songwriters such as Justin Timberlake and Bruno Mars.

Henderson recalls, “The reason I even started singing was the Back Street Boys.  They were a huge influence in my musical style.” Nevertheless, the song that he used for his audition with The Voice was Hosanna.  Even though he has recorded some religious songs, he does not consider himself a “Christian” artist.  “The songs I write are not necessarily Christian,” Henderson states, “they are about life.”

You can definitely hear the American pop influences in his favorite work that he is has recorded, White Shadows.  White Shadows is  a “feature-based style of music which is full of synthesizers and sounds sort of like dance music.”  White Shadows was also in the final round of Europe’s song-writing competition, Eurovision.

After participating in the live rounds of The Voice: Hungary, David finished high school and moved to the United States temporarily to establish residency.  Even though David has dual citizenship, he moved back to Hungary and married his girlfriend, Zsanett (Zsani) and awaited her Visa. Finally, in April 2018, he and his wife moved to Nashville where he is pursuing a full-time music career. 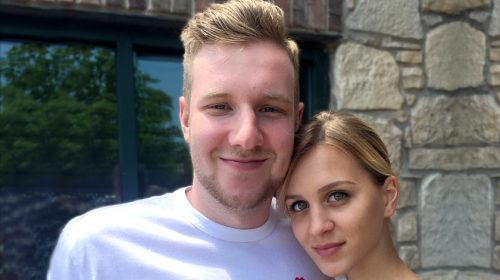 When asked whether he preferred songwriting to performing, he said, “I’ve written songs for other people, and that’s cool, but I feel like my place is on the stage.”

He realizes that what was popular in the 1990’s would probably not be popular now.  “You have to write songs that are authentic from you and what you like but you have to make it relatable with 2018.”  Henderson continued, “You have to include stuff in your songs that will make them popular.”  Once you have “earned your place, then you can do what you want.”  Over the years he worked closely with some of the biggest names in the Hungarian entertainment industry including top writers, artists and producers and hope to do the same in Nashville.

David’s friend and fellow Hungarian artist, David Toth, will be joining him later this month in Nashville.  They hope to explore everything that Music City has to offer.  We wish them the best of luck!

Bethany Bowman is an entertainment writer for the Tennessee Star.