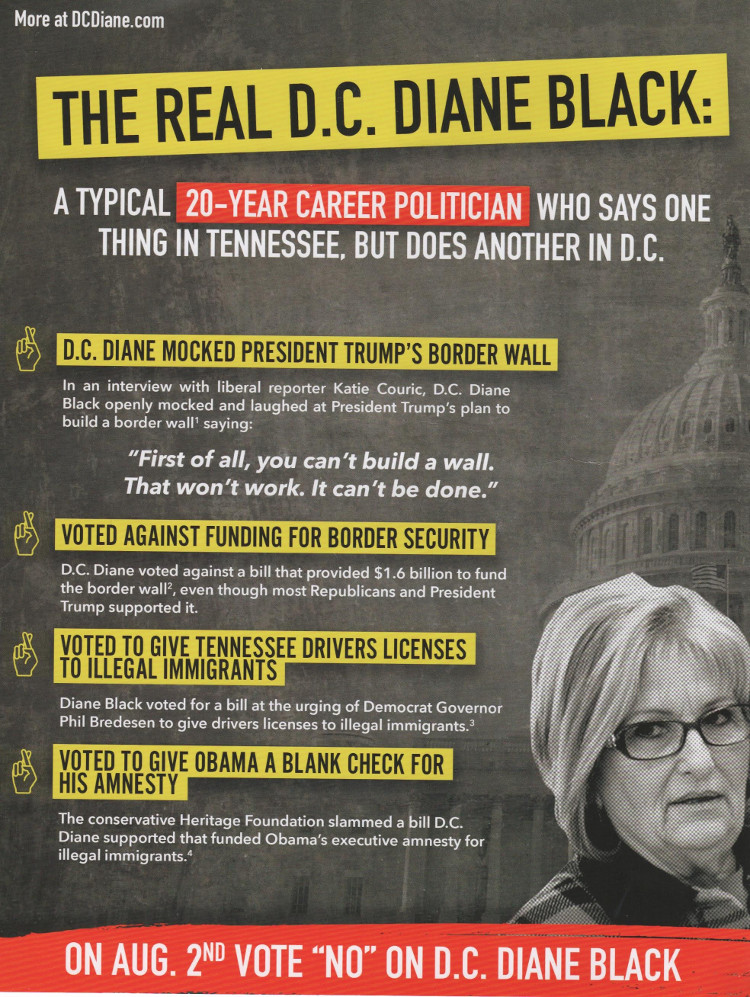 Republican gubernatorial candidate Randy Boyd fired a salvo this week at opponent Diane Black by calling her “D.C. Diane” and questioning her past stances on immigration as a congresswoman and former state senator.

Boyd’s campaign mailed a flyer which said, in part, “The Real D.C. Diane Black: A typical 20-year career politician who says one thing in Tennessee, but does another in D.C.” 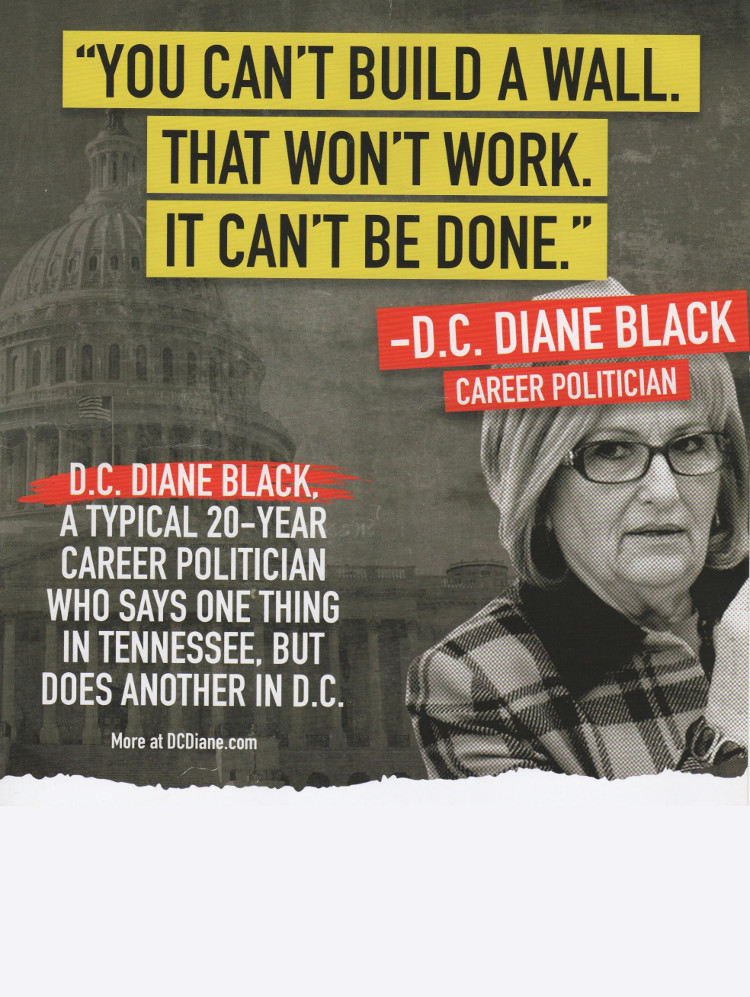 The flyer fits in with two themes that Tennessee Star Political Editor Steve Gill recently pointed out about the Republican gubernatorial primary: candidates claiming they are more aligned with President Trump and more anti-illegal immigration than their opponents.

Rep. Black made headlines in May by calling for crowdsourcing to pay for building President Trump’s border wall. Black also recently filed legislation to make entering the United States illegally a felony instead of a misdemeanor, according to The Tennessee Journal.