While one Ohio senator is doing everything he can to obstruct the Supreme Court nomination of Judge Kavanaugh, the other is leading the effort to get him approved.

Portman also said, “I know these are partisan times here in Washington. But this is an extraordinary nominee in every respect,” Fox News reported. 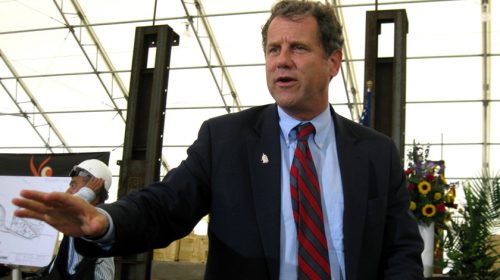 On the other hand, U.S. Senator Sherrod Brown (D-OH) took to Twitter to lambast Judge Kavanaugh. He tweeted, “The next Court could be presented with critical decisions regarding protections for Americans with pre-existing conditions. They could decide you’ll pay more for healthcare if you’ve been affected by something in this thread.” The thread mentioned virtually every known medical condition from A-U, from AIDS/HIV to ulcers.

There is no word on whether Brown plans to mention the other letters in the alphabet: V-Z.

Brown joined with other Democrats to decide well before the hearings started to oppose Kavanaugh. On Tuesday, his campaign sent out a fundraising solicitation where Brown reiterated that he’s a “no” on Kavanaugh, the Dayton Daily News said.

“I have already come out in opposition because I work for the people of Ohio, not the special interests,” he wrote. “I do not believe he would put working families’ interests first.”

He also claimed Republicans are not providing access to records.

That argument has proven false.

On Tuesday, protests from Democratic lawmakers and demonstrators delayed the formal start of proceedings by more than an hour, The Ohio Star reported. Within moments of Tuesday’s confirmation hearing kickoff, top Democrats tried to stop the session with a rapid-fire string of objections concerning access to the nominee’s records.

The Democrats began working out a strategy this weekend to falsely claim a lack of access to the documents.

The Wall Street Journal said Kavanaugh’s nomination has been “the most transparent in history” with the document production number the highest in the history of Supreme Court nominees.

But if Brown made up his mind before the hearings began, how is that fair, the Republican National Committee asked in a press release.

“It’s clear Democrats are only trying to grandstand their way to a new TV headline and appease their radical base,” the GOP said. “But Sherrod Brown needs to be careful. Unlike some of his colleagues that represent blue states, Sherrod Brown represents Ohio – a red state that overwhelmingly elected both President Trump and Rob Portman in 2016.”

RNC Spokeswoman Mandi Merritt said, “Rather than speak up for the majority of Ohioans that support Judge Kavanaugh’s confirmation, Sherrod Brown is once again siding with the far-left fringe of his party. Come election day, Ohioans will remember that Sherrod Brown is choosing party politics over the future of our nation and Supreme Court.”