Republican Mike DeWine leads Democrat Richard Cordray by four points in the race for governor in Ohio, 48.6 percent to 43.9 percent, with 7.5 percent undecided, in The Ohio Star Poll released on Friday. DeWine’s 4.7 percent lead over Cordray is consistent with other recent polls of the race. 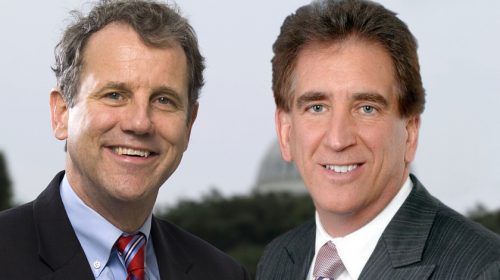 The poll of 1,003 likely voters in Ohio was conducted for The Ohio Star by Triton Polling and Research between September 18 and September 20 and has a 3.1 percent margin of error.

Four other statewide races are very close, all within the poll’s margin of error:

Ohio Star Political Editor Steve Gill says that Renacci has a lot of room to expand his support in the next six weeks by increasing his name recognition and driving home the message voters are choosing whether Republicans or Democrats will control the U.S. Senate.

“The Senate race will tighten, particularly as the despicable behavior that has been displayed by Democrat Senators during the confirmation hearings for Bret Kavanaugh gives voters a clear view of what a Democrat-controlled Senate would look and act like,” Gill said.

“The other races are all close,” Gill adds, “so it is a turnout election. Democrats have been claiming an ‘enthusiasm edge’ for the past year and we will soon find out whether or not the Republicans can motivate their base to turnout and keep Ohio ‘red’ or not. If Republicans generally, and Trump supporters specifically, cannot get engaged and enraged watching the Kavanaugh confirmation process then it’s hard to imagine anything that would get the job done better.”

The poll also had some interesting results about approval ratings for President Trump, former President Obama, and Gov. Kasich.

Gov. Kasich fares no better than President Trump when it comes to his favorability rating.

Thirty-seven percent of likely voters in Ohio view the governor favorably, while 42 percent view him unfavorably.

Gill notes that the survey probably slightly over sampled Democrat voters since it has a one percent weighted advantage for Republicans when the state leans a bit more Republican than that voter distribution percentage.

You can see the topline summary of the poll results here:

7 Thoughts to “The Ohio Star Poll: DeWine Leads Cordray by 4 in Governor’s Race, Brown Leads Renacci by 10 in Senate Race”