Richard Cordray was back in his old stomping ground in Washington, D.C., Wednesday, fundraising​ with his mentor and close friend Sen. Elizabeth Warren (D-MA).

Cordray’s ties with Warren are many.  She and former President Obama founded the Consumer Financial Protection Bureau, and Cordray became her hand-picked director. 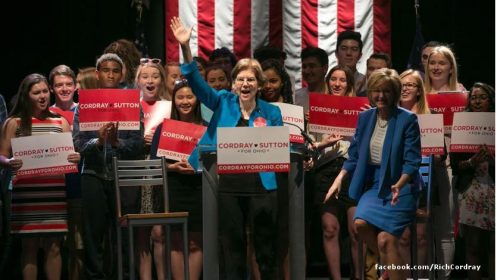 Cordray’s six-year tenure at the agency was anything but smooth.  It is with Warren’s blessing that Cordray took the reins of the “nation’s most unaccountable” agency and used his unchecked power to overregulate​ American businesses. President Trump has blamed Cordray for “harassing” and eventually forcing out of business many small community banks.

But that’s not all that went awry.

Cordray was at the helm of an agency that repeatedly came under fire for discriminating against female and minority employees, and recklessly turning the CFPB into “Cordray Tower.” The tower referenced a proposed $215 million mega-office renovation, paid for by the taxpayers.

This can’t have been exactly the way Elizabeth Warren envisioned her CFPB legacy, though she has stood by Cordray, campaigning with him on several occasions.  And he’s stood by her, despite her calling the justice system “racist,” which angered cops in the Boston area, and her not-so-subtle 2020 grandstanding​. Not to mention her hard-left lurch​ toward government-run healthcare and taxpayer-funded jobs for all, says Mandi Merritt, spokeswoman for the Republican National Committee.

“The 2020 wannabe Elizabeth Warren is helping out her protege Richard Cordray, in hopes she’ll secure a progressive ally in the Ohio governor’s mansion,” Merritt said. “With Cordray, Warren has found a fellow D.C. insider and Democrat candidate ready to stand with her on higher taxes, overregulation, and government-run healthcare. Ohio is not interested in Warren and Cordray’s out-of-touch agenda, and voters will make that known when they cast their votes for Mike DeWine in November.” 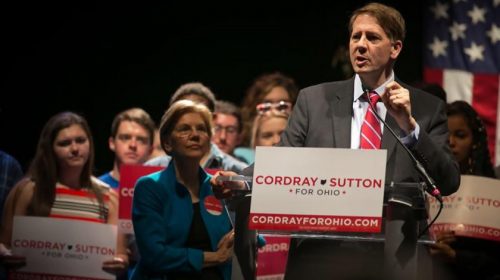 As early voting begins today, Republicans in Ohio are well-positioned to defy historical norms for a midterm election, “thanks to top-of-the-notch candidates, superior data and an unbeatable ground game,” Merritt said.

She said the Republican National Committee and the Ohio Republican Party have made over 3.3 million voter contacts, talking to Ohioans every day about GOP candidates.

In addition, the Republican National Committee is making the largest-ever investment in data collection, laying the groundwork for future elections.  The RNC has dedicated $200 million in digital, tech, and data work since 2013, and is investing $250 million in the 2018 midterm election strategy.   ​

“The supposed Democrat ‘blue wave’ will crash here in Ohio thanks to our unbeatable ground game and superior candidates,” Merritt said. “Ohio voters have rejected the obstructionist tactics espoused by Democrats for the results driven message of Republicans time and time again, and we’re confident that same message will carry us to victory. Ohio Republicans are organized, energized, and ready to defy history in November.”

Anthony Accardi is a writer and reporter for The Ohio Star.
Photos “Elizabeth Warren Speaks with Richard Cordray” by facebook.com/RichCordray.