If the old adage remains true that Americans vote according to pocketbook issues and that, as an aide to former President Bill Clinton once said, it’s “the economy, stupid” that gets voters’ attention, then Ohio should experience another red wave in the Nov. 6 midterm elections. 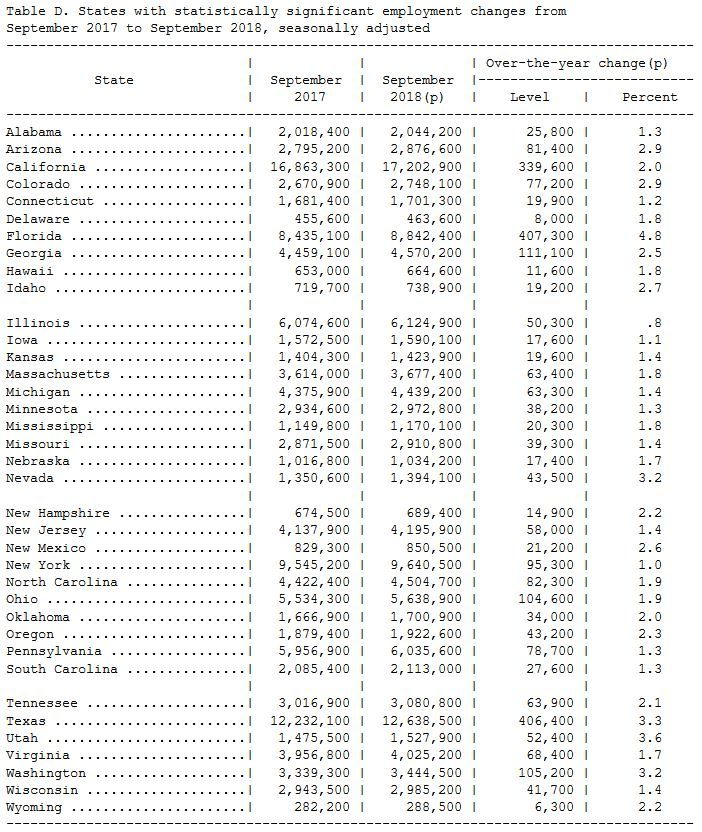 Ohio and Pennsylvania – dubbed part of the nation’s “Rust Belt” for its long-suffering economic fortunes – saw impressive job gains from September 2017 to September 2018, with Ohio showing the largest increase in 21 years and Pennsylvania showing the largest increase in 18 years, according to data released Friday by the Bureau of Labor Statistics.

In all, 37 states had year-over-year increases in nonfarm payroll employment in September, BLS said in its state employment report.

But the real story may be the upper Midwest states, led by Ohio and Michigan. 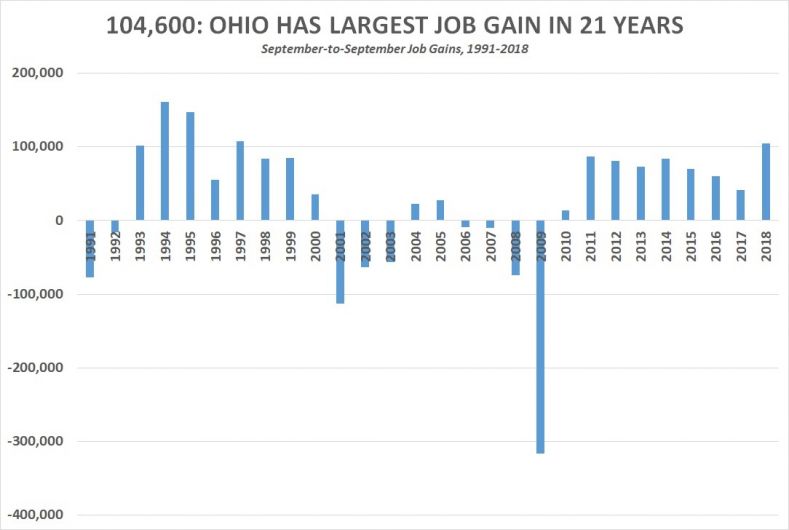 The 104,600 jobs that Ohio added was the most it has added in any September-to-September period since 21 years ago in 1997. That year, Ohio added 107,700 jobs. Bill Clinton was president and the North American Free Trade Agreement, or NAFTA, had just been signed four years prior. NAFTA proceeded to wipe out nearly 800,000 U.S. manufacturing jobs, most of them in the Midwestern “Rust Belt.”

No president has been able to stem this tide of lost Ohio-Michigan-Illinois jobs. President Obama even claimed certain jobs will never return and that there is no “magic wand” that will bring them back.

That is until President Trump took office, renegotiated NAFTA, slapped tariffs on countries that dump steel and other products on the U.S. market, and embarked upon a program of tax cuts and deregulation.