Special-interest groups have been asking voters to amend the state’s constitution as a way of bypassing the legislature on certain issues, he said in a radio interview with Jo Ingles of the Statehouse News Bureau.

Smith said Ohio’s founding fathers did not envision a constitution that was so pliable.

“We’re going to work in a bipartisan way to have those discussions and try to make sure that we do our best to protect that document because it is too important,” Smith told Ingles.

Senate President Larry Obhof says he agrees the constitution has been “used and abused.” 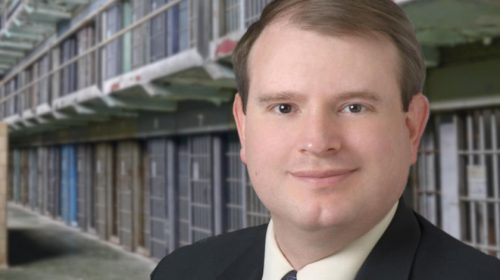 The most recent example was Issue 1, a ballot proposal that sought to rewrite Ohio’s drug-sentencing laws by enshrining changes in the constitution. Even some of those who agreed with the premise of Issue 1 said the constitution was not the place to address such a complex problem like drug addiction.

But a lineup of out-of-state billionaires thought differently. They paid for mass-marketing of pro-Issue 1 ads that blanketed the airwaves. Facebook co-founder Mark Zuckerberg, hedge-fund manager George Soros, and Hyatt Development Corp. CEO Nicholas Pritzker bankrolled the campaign. The proposal, which would have turned most drug possession charges from felonies to misdemeanors and eliminated the possibility of jail time, also had the backing of singer/songwriter John Legend, who is from Ohio.

Despite all that star power and money, Issue 1 was still defeated at the polls on Nov. 6, but only after a coalition of the state’s attorney general, supreme court justices, law enforcement and prosecutors came together to push back against the proposal.

Republican leaders sense that it’s time to rein in these types of initiatives by raising the threshold of signatures required.

As of now, those who want to change the constitution must gather signatures from half of Ohio’s 88 counties, and that total needs to be at least 10 percent of the last vote total for governor – which has been more than 305,000 signatures, according to Statehouse News.