Jeff Webb, chairman of the New American Populist (pictured right), praised Rep. Collin Peterson’s (D-MN-7) announcement that he intends to vote “No” on the Articles of Impeachment and has called on Rep. Marcy Kaptur (D-OH-9) and 16 other Democrats to do the same.

“Last week I called on Rep. Peterson to be a profile in courage and announce before the vote that he will vote against this Congressional abuse of power and cast a ‘no’ ballot on impeachment,” Webb said on Sunday.

“I now call on 17 additional Democrats to follow Rep. Peterson’s example and unify our splintered country by voting no on these outrageously dishonest and unfair articles of impeachment. Impeachment is taking up all the oxygen and preventing Congress from doing good things for middle class Americans,” he added. 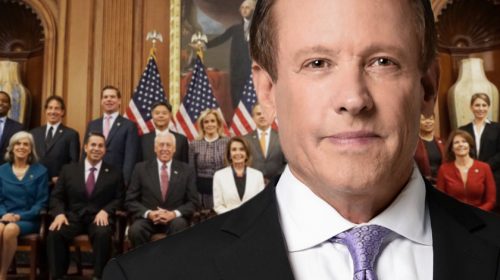 Though Kaptur (pictured above) has been easily re-elected from her Toledo working class district (D+14) since her first contested election in 1983, she has been silent on impeachment since her yes vote in October to launch the inquiry.

She is also sufficiently senior to provide courage to other Democrats to follow her lead.

In 1998, Kaptur was in the House when President Bill Clinton was impeached. The Plain Dealer provided her positions then vs. now in a story.

“Our nation needs to move forward. I am left with no option but to vote against the committee’s recommendation [to impeach President Clinton] in spite of my disdain for the President’s actions.”

“This Congress is faced with a very imperfect situation, a President who has deeply disgraced our nation and an independent prosecutor who has compromised the integrity of the investigative process.

Healing our nation must be the paramount consideration of this body, and our people must be spared from further division. Even though it appears that President Clinton lied under oath, which could be a high crime, proving perjury in a court of law is a highly technical legal matter not easily established…”

Kaptur has advocated for reestablishing Radio Free Europe as a weapon to crush a growing democratic — yet nationalistic — movement in Hungary, taking from a playbook created by George Soros, who distrusts “faith, family, and patriotism,” according to an op-ed by Richard Carlson in The Washington Examiner.

Kaptur claimed abuse of power by the president after the Ukraine phone call, according to The Plain Dealer story:

According to the highly redacted White House memo released this morning:

Ukrainian  President Volodymyr Zelensky said he was “ready to buy more anti-tank missiles” and Trump immediately responded “I would like you to do us a  favor though.” A favor.

This  is our President explicitly expecting a favor in return for funds that were passed and appropriated by this Congress – funds meant to assist Ukraine in its defense against severe Russian aggression. Russian aggression that has killed over 13,000 Ukrainians, military and civilian, wounded over 30,000, and displaced upwards of 2 million Ukrainians.

That abuse of power by our president undermines our national security.

On July 18, President Trump purposefully directed his administration to withhold nearly 400 million dollars in defense assistance for Ukraine from the State and Defense Department  budgets, funds that members of the House have since pushed to release. Members of Congress were told it was part of an interagency delay. In reading the memo today, that does not seem to be the case.