The Ohio Star Constitution Bee will be held at a location to be announced shortly in Columbus, Ohio on Saturday, May 2, 2020.

The event is sponsored by The Star News Education Foundation, a newly formed non-profit. Star News Digital Media, which owns The Ohio Star, The Tennessee Star, The Michigan Star, and The Minnesota Sun, announced recently that it has transferred all education-related products and services, including textbook publishing and ownership and operation of the National Constitution Bee program, to The Star News Education Foundation. 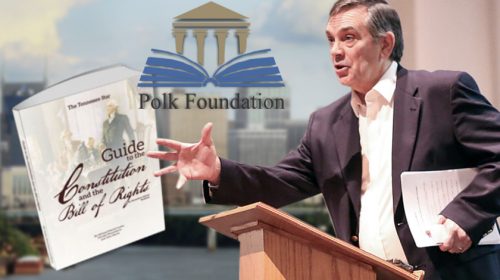 The top three finishers in the May 2, 2020 Ohio Star Constitution Bee will also win a trip to Washington, D.C. – where they will compete in the National Constitution Bee on June 27, 2020 with an opportunity to win more than $25,000 in scholarship monies.

“We are thrilled to have the opportunity to host this great event in Ohio, the second state other than Tennessee and Michigan, that will host one of our Constitution Bees,” Star News Education Foundation chairman Michael Patrick Leahy, who also serves as CEO and Editor-in-chief of Star News Digital Media, said.

The 238-page Star News Guide is a supplementary text consisting of 21 chapters that discuss the people and events leading up to the ratification of the Constitution of the United States. Each chapter, complete with chapter-end questions, explores one key element of the Constitution and Bill of Rights as they were written – along with the men and women who influenced and developed them. The book’s appendix contains the complete text of the United States Constitution, the Bill of Rights, plus Amendments 11 through 27. A glossary of terms and sourced endnotes with a unique digital dimension rounds out the soft-cover volume.

Students can purchase a copy of the Star News Guide here.

Teachers who would like to use the Star News Guide as a supplemental text and encourage their students to participate in the Bee can apply for book donation gifts by contacting The Ohio Star directly.

Donors who want to sponsor a class by purchasing books for all the students in the class can also contact The Ohio Star directly through the contact us page on the website.

The Constitution Bee competition consists of three parts with awards in several categories: 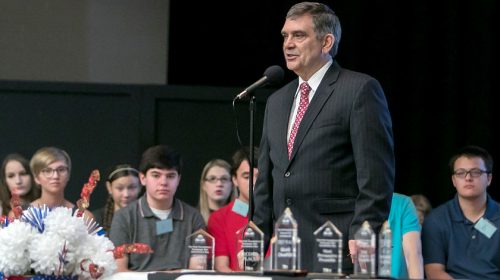 Part one is the Preamble Round, where contestants have the option to perform, present, or otherwise re-imagine the 52 words of the Preamble to the Constitution of the United States in 60 seconds. Prizes will be awarded in the following categories:

The Preamble Round will be followed by the Elimination Round, in which contestants will be asked questions of fact organized by three levels of difficulty – easy, moderate, and difficult – and the field will be narrowed to the top six.

The final Championship Round will begin by narrowing the field of six to three based on the contestants’ three-minute oral responses to essay questions at a very difficult level.

The Grand Champion, second place, and third place winner will then be determined by the contestants’ answers to questions of fact asked at the very-very difficult level.

If you are interested in sponsoring the event location and are located within the Columbus, Ohio area or have additional questions, please contact Julie Carr at 615-429-6692 or at [email protected].