I am not a partisan or a politician. I am a social impact investor. That is a fancy way of saying that I work to revitalize forgotten neighborhoods and help empower and restore hope to forgotten lives. My true goal is to help unite our country.

My firm, R Investments, has worked in underserved communities for more than 14 years. One of the people who has benefited from our investment is Tony Rankins (pictured above), whom President Trump highlighted in his State of The Union speech and then again at the Opportunity Now conference in Charlotte, North Carolina.

Like me, Tony is not a partisan or a politician. Tony is an American veteran who has a very courageous comeback story that should inspire us all. After leaving the Army and suffering from PTSD, Tony fell on hard times and became addicted to drugs. His addiction led to him becoming homeless and losing contact with his family. 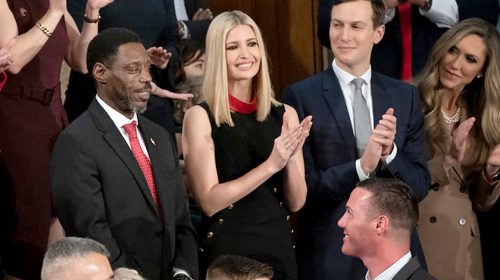 Because of political animus towards the President, the media has spent time attempting to discredit both Tony and R Investments. I believe that the attacks against us are largely because President Trump has launched a vehicle that will bring economic inclusion, focus, and unity to thousands of formerly forgotten Americans — the “Opportunity Zones” initiative contained in the Tax Cuts & Jobs Act.

Unfortunately, there are those who would prefer to see the President’s effort fail rather than give him an ounce of praise for a bill that has the potential to be far more effective at reducing poverty than the failed big government policies of the past. For instance, developers must make a 10-year investment commitment in order to fully qualify for the tax benefits offered through Opportunity Zones.

I’m proud of R Investment’s track record of restoring and empowering communities that most developers avoid because of how challenging these neighborhoods are. We know that the President’s attention will increase the scrutiny and we welcome anyone to come and see our work in Opportunity Zones. We will personally tour you through them.

I’m even more proud of my friend Tony, though.

The President accurately noted that R Investment gave Tony a new start by giving him a job. Tony is now drug-free, reunited with his family, and one of our top tradesmen. He is the comeback story that should inspire us all. Today, Tony lives and works in Opportunity Zone Census Tract 77 in Cincinnati. Tony’s story is proof that the American Dream is alive and well.

In Charlotte, Tony shared that he was happy to be able to help others by helping to build R Investment’s new “R Academy,” which is taking advantage of the tax benefits associated with Opportunity Zones. Tony is on R Investment’s team that will build a housing and workforce development site to house and train 200 homeless people a year, helping to lift them out of homelessness and into great jobs. R Academy will be the country’s first mind, body, and spirit workforce training academy. We are projecting to open 50 additional academies in Opportunity Zones over the next decade.

Every day, R Investment works on the ground level in Opportunity Zones that are in primarily African American communities. Our program has been designed to support these areas and the daily struggles they encounter. We have been there for years and would be there even if there were no tax credits — but the Opportunity Zones initiative is a beautiful incentive, and I am excited about the focus it will bring from the rest of the country.

My call is for our country to unite through Opportunity Zones and focus on putting people first. Tony and I will continue to travel the country in support of Opportunity Zones because the tax credit has already created a surge of interest in revitalizing these once-forgotten communities that have ravaged by disinvestment for decades.

The simple truth is that the Opportunity Zone credits are encouraging investment and creating a greater interest in revitalizing communities that millions of low-income minorities call home.

Travis Steffens is the President and CEO of R Investments.