Nashville, Tennessee –  Christian Gratz is a talented multi-instrumentalist and composer from Olyphant Pennsylvania. But this is not what makes him unique. Gratz was born with a rare condition called Synesthesia/Chromasthesia, which is clinically defined as the meshing of two senses. I wanted to find out how Christian got turned on to music that was popular before his time and how his condition affects his ability to create/play music.

In the late ’70s/early ’80s, the only music that Gratz was exposed to was what he could pick up on the radio. One station he listened to played Top 40 tunes while the other played Easy Listening. Says Gratz, “I’ve always been enchanted with music because I have this thing called Synesthesia which means I see colors when I hear music. Each note has a different color.” When he was young, he thought everyone had this experience while listening to music. “I couldn’t understand why nobody else was as excited about music as I was. To me, because I have [Synesthesia] music became real, it became concrete because I see the effects of music on my brain.” 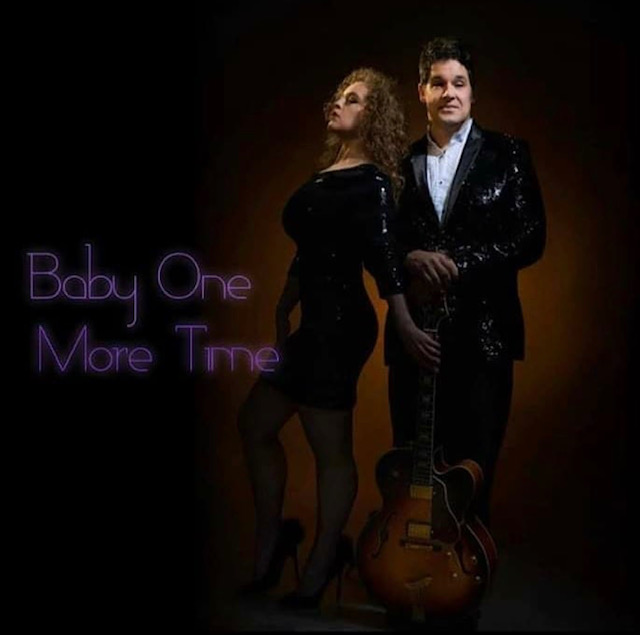 Gratz got exposed to ‘60s music when this person in his neighborhood became a born again Christian and threw out all their old records into a big barrel in the park. Gratz’s brother informed him they were there and they got on their bikes a brought them all home. It was mostly “psychedelic” music like T-Rex, Jimi Hendrix. Woodstock soundtrack, Country Joe and the Fish, and the Paul Butterfield Blues Band. These bands were all huge influences on Gratz.

At that point in his life, in 1981, Gratz was 10 years old he decided we wanted to learn to play the electric guitar. He found a teacher but that teacher “was not the ideal teacher” and the instrument he was learning on was “a piece of junk.” He soon quit guitar lessons. But he had a development disabled friend who had a guitar and they often practiced together.

A couple of years later he bought himself an electric guitar and amp from the JC Penney catalog. “I hit my first chord and was in love ever since.” When Gratz was 15, he joined his first cover band which was an oldies group where they played, Tom Jones, Engelbert Humperdinck, Beach Boys, and even Hank Williams.

Gratz went to Marywood University on a music scholarship and holds a bachelor’s degree in jazz guitar. Music has been his economic livelihood ever since he was 16. He had the honor of performing with legendary artists such as Three Dog Night, The Grass Roots, Shirley King, The Drifters, The Stylistics, and more.

Gratz explains, “Having synesthesia actually helps you play better. If I hear a song, I can tell you exactly what notes they are because of the colors.” He never really had to learn a song. He can just hear a track and he instantly knows which notes to play because of the colors he sees.

After having taught himself to play piano as a teen, in 2006 Gratz performed in a lounge piano act. “I had never done anything like this before. I became like Billy Joel and Elton John as I would play piano and sing at this bar every Friday night.” He loved being on his own and being able to play his music when/how he wanted.

Not long after graduation, Gratz began dating a jazz singer from the Scranton blues scene, LeahBeth Evans. The way they performed together felt so natural Gratz knew they could be big. In 2015 they became The Frost Duo and have since garnered numerous international awards.

Most recently Christian Gratz has released his first solo album 1979 which is a tribute to the music he loves. “There is a big underground market for this kind of music.” (It has since been dubbed ‘Yacht Rock’.) “People have gone back in time and started listening to this type of music again, (especially in Europe). They are really voracious about this late ‘70s soft rock,” he states. Gratz decided to make an album and he wanted it to sound like a “lost album from that era.”

His album, 1979, does just that. The instrumental and vocal tracks sound like a record that I would have owned as a teen and played over and over again. “My goal was to make an album that sounded like it from 1979 and got passed over by the radio stations but was discovered 40 years later.” He made sure all the sounds, instruments, and technology used to create his album were the same as what would have been used if the record was actually recorded in 1979.

If you long for the music of England Dan and John Ford Coley along with a little George Benson and Joe Jackson, you will love the tracks from Christian Gratz’s record, 1979. If you are young and not familiar with this type of music, I would like to introduce you to Christian Gratz.

You can get an actual CD from CD Baby or stream it on YouTube, Spotify or Amazon Music.