You can watch a LIVE STREAM of Steve Bannon Presents Descent into Hell: Life of the Chinese under the CCP here beginning at 10 a.m Eastern Time on Saturday. The Ohio Star is the only Ohio media outlet presenting this two hour special program. You can watch the second hour of the program here now:

You can also watch the recorded first hour of the program on YouTube here. 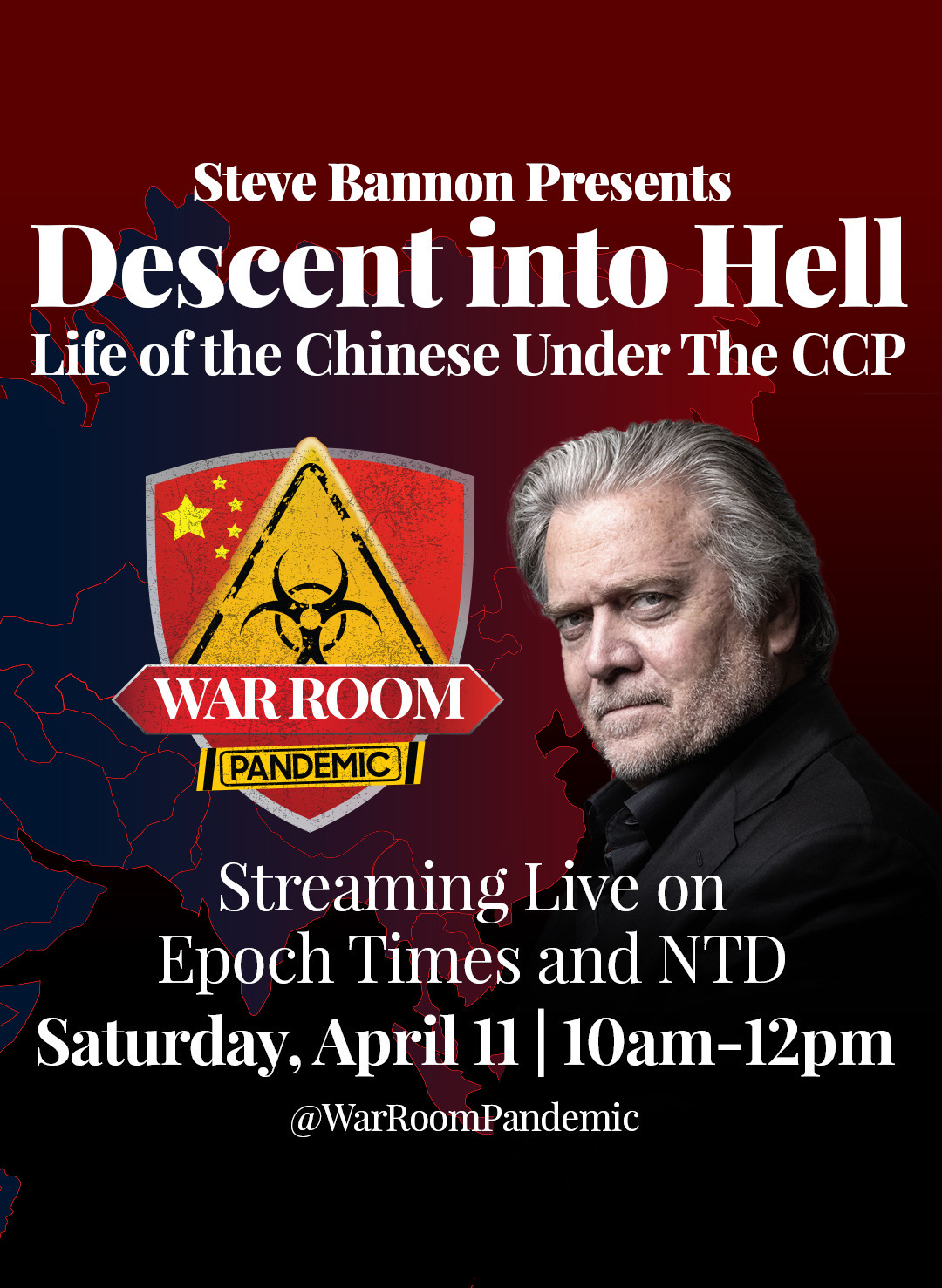 According to the press release announcing the special one time live program:

“During Passover season and while we commemorate Holy Saturday, the Chinese Communist Party (CCP) is suppressing, silencing, and torturing the decent, hard-working people of China. Now, the coronavirus pandemic, for which the CCP is fully responsible, has exposed the party’s evils to the entire world,” said Mr. Bannon. “Xi Jinping and his radical cadre of gangsters have the blood of the world on their hands. They must be held accountable for this death and economic devastation. We look forward to enlightening our listeners on the existential threat of the CCP — not simply to the world, but in particular, to people of China.”

In addition to Raheem Kassam, Jack Maxey, and Jason Miller, special guests for the episode include:

– Simone Gao, Award-winning journalist. Producer and host of Zooming In, an in-depth report program on current affairs at NTD

– Dr. Bradley A. Thayer, Professor of political science at the University of Texas San Antonio and the co-author of How China Sees the World: Han-Centrism and the Balance of Power in International Politics.

John Fredericks said, “A longtime China hawk and global leader in the fight for freedom of the Chinese people, Mr. Bannon was one of the first people in the world to accurately predict and call attention to the coronavirus pandemic outbreak. This show will be groundbreaking in detailed strategy and the latest firsthand news from the world’s experts on the Chinese Communist Party.”