Nashville, Tennessee – When I went to see Heidi Newfield sing at the Her Song fundraiser for Thistle Farms at Third and Lindsley/Backstage Nashville in March of 2020 one of the unannounced performers was a young girl named Ava Paige who sang one of the most beautiful songs I had ever heard, “Even Jesus Cried.” It turns out this 15-year-old who is battling leukemia wrote the song with Nashville’s (the TV show) Charles Esten. I immediately wanted to know more about this extraordinary songwriter/performer. However, I felt I needed to wait until Paige’s in-patient cancer treatments were complete before I approached her. 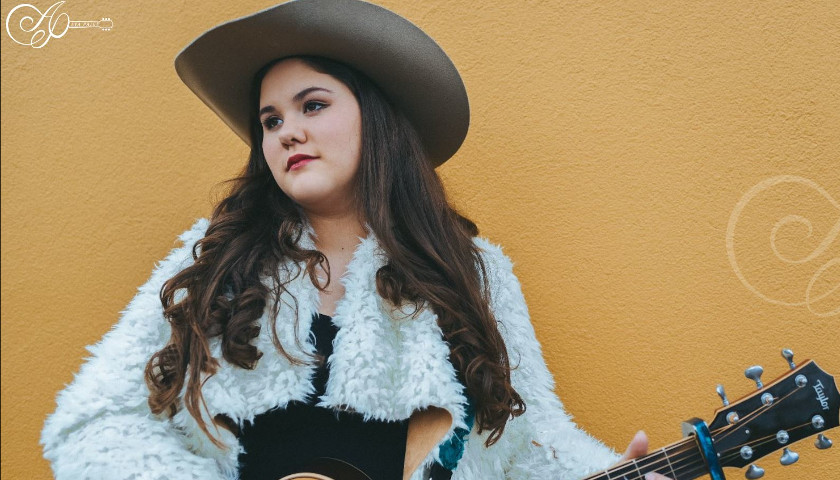 Ava Paige was six years old when she found her grandfather’s guitar stowed in a closet.

“There are videos of me strumming the guitar, trying to sing, and I can’t hold a tune, no matter what. But my Grandpa would hold the chord and I would strum it and I just fell in love [with music],” she said.

Her mom realized she was serious about learning the guitar and started her on lessons at age seven. Paige’s first guitar teacher was Andy May at Shiloh Music in Mount Juliet, Tennessee. Her next teacher was Corban Calhoun who continues to be her teacher to this day. When you hear Paige perform, not only does she have stunning vocals, but she has an innate talent that comes from years of practice along with the technical music theory lessons that Calhoun has provided.

Paige started singing publicly when she was ten years old.

“Being born and raised here, we used to go downtown and see all the venues and stuff. I really decided I wanted to pursue music when I was ten years old and got to sing [‘Love Shack’ karaoke] with Kelly Clarkson,” she said. “It was super cool and got some media attention and it boosted my love for performing.”

After that, she started visiting some of the many writer’s rounds that available in Nashville on any given night. Eventually, she got invited to join the writer’s rounds. At age 13, she got her first standing gig near Broadway on 2nd Avenue at the George Jones Museum. She had that gig for about three years until her diagnosis of leukemia.

Because of her late nights, Paige started doing online school in 7th grade. Now with her cancer treatments and COVID-19, this has turned out to be a perfect education path for the busy teen. She follows the same curriculum and calendar as the regular public schools. However, “online school has been the best thing for me,” she said.

Currently, Paige is an independent songwriter and performer. She continues to write for herself and others in a safe environment. Not only that, but she is also pitching songs to the Sync Community for movies and television. She said, “It’s becoming a big part of Nashville. Now the publishers are trying to catch up with the Sync World.” 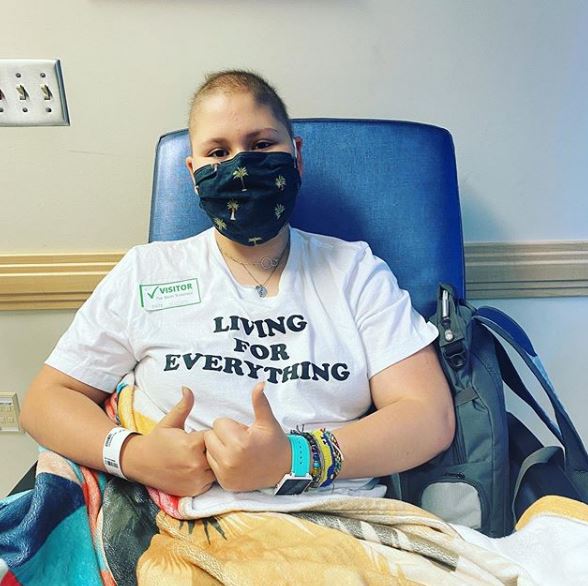 I wanted to find out how this teen got connected with Charles “Chip” Esten. Esten’s daughter, Addie, used to have leukemia. (She is now in full remission.) Because of this, he still does a lot with the Leukemia-Lymphoma Society and Vanderbilt Hospital where Paige is/was getting her treatments. The hospital knew she was a performer so she got invited to be a part of their Cheers for Children fundraising event where she met Esten.

“Charles ended up opening for me which was kind of crazy. We ended up connecting after that and set up a ‘write’.” she said.

Paige lists some of her songwriting influences as being Chris Stapleton, Ashley McBryde, and Brandy Clark to name a few. One of the places where McBryde got her start was at Nashville’s The Local Music Row Freak Show where Paige has been privileged to play for the past few years. They became friends and McBryde even came to visit her at the hospital.

Another person who has influenced the talented songwriter is Travis Meadows. On the surface, they seem like an unlikely pair, but like so many, she was drawn to his distinctive story-telling ability. His songs just “grab you and don’t let go.” She started posting covers of his songs (“Desperate Man”, “Better Boat”, “Riser” to name a few) where they eventually got connected via social media.

“Just watching him write is a sight to behold. He puts so much emotion into all of his songs. They are all so incredible,” the singer said.

Another one of her most inspirational songs is “Hope Comes In” which features Jeffrey East. With lyrics like “Can’t figure out just where you’re going/The road, you’re on feels like a dead-end/When you feel the door is closing/That’s when hope comes in. Like every great songwriter, her circumstances guide her songwriting and you know she is telling her truth.

Besides knowing over 300 cover songs, Paige’s original compositions such as “Today is Good”, “Anchor”, “Little Less Broken”, “Prettier Poison” and “Ride” prove that she is a force to be reckoned with. Her songwriting sensibility isn’t just remarkable for a 15-year-old, it’s remarkable for anyone.

Paige was diagnosed with cancer in July 2019 and had to cancel over 40 performances. A lot of her older friends have had to go back home and work because they can no longer perform in Nashville to the coronavirus restrictions. She realizes she is blessed to still be supported by her parents. Her mother continues to be her awesome “momager” but when things get back to normal (for herself and the world) she already has plans to sign with an outside team.

Before COVID-19 hit, she was bouncing back and starting to do shows again. Even before the virus, she was wearing masks and bringing her own microphone. She is building up her stamina and writing songs almost daily. Her doctors know she was born to perform and are doing everything in their power to see that they can safely make that happen. Her tentative goal is to release an EP next year.

In a couple of years when Ava Paige has beaten cancer and signed with her new management team, there is no doubt that she will be performing center stage, taking Nashville by storm and setting the world on fire. We can’t wait to see what life holds for her.