With the election around the corner, the D.C. swamp is hard at work.  Various special interests are trying to make their pet issue look like an election asset or liability.  One interest group working overtime is the biofuel lobby.  The federal Renewable Fuel Standard – or RFS – is often falsely labeled as a “pro-farmer” energy policy that helps the Heartland.  In reality, the RFS has become a tool for lining the pockets of the global agribusiness complex at the expense of real American farmers.  It also puts domestically manufactured fuel supplies at risk.  Coupled with their support of open borders immigration policies, the RFS further enables agribusiness giants to profit at the expense of rural Americans and heartland jobs.

Passed in 2005 and greatly expanded in 2007, the RFS was meant to “reduce America’s reliance on foreign oil” and promote rural economic development in the process.  The law established increasing mandates for different types of biofuels, culminating in a requirement to blend 36 billion gallons of biofuel into the gasoline and diesel supply in 2022.  Of that total, 15 billion gallons can be met via corn based ethanol.  Unfortunately, after more than a decade of this law, it has become clear that the unintended negative consequences have outweighed the benefits. 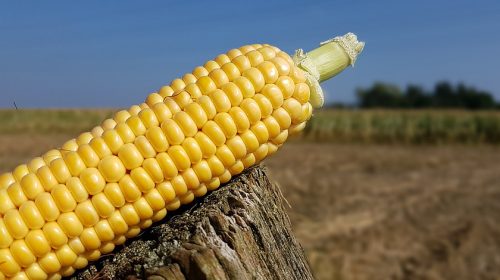 First, the law was passed before America’s energy revolution.  Since the U.S. in now the world’s largest oil and gas producer, the law’s energy independence and security justification is no longer relevant.  Second, the law has actually worked to the detriment of most farmers.  The Clean Air Act and RFS – both of which mandated ethanol in some fashion – have driven up farmland values, which have tripled since the 1990s.  However, cash rents have also gone up in concert; rising more than 130 percent in Iowa alone since the mid-90s.  Since the majority of actual farmers are tenant farmers – which work over 54 percent of cropland nationally and 57 percent in Iowa – the rise in land values has just meant more money out of the average farmers’ pockets as net farm income has plummeted over the last decade.  It is also the sole reason that wealthy landowners see a net return per acre over 300 times that of tenant farmers.  The erosion of farm income over the last decade, which has hit tenant farmers the hardest, has occurred despite the fact ethanol use in the fuel supply has increased by over 20 times its 1990 level.

Many of the same interests benefitting from the inflated land values attributable in part to the RFS are giant global and foreign agribusiness.  Foreign investors are increasingly buying up American farmland and agribusiness is increasing gobbling up massive swaths of soil.  In Iowa alone, the percentage of farmland agribusiness owned grew from 20 to 40 percent between 2002 and 2017.  Large, global agribusinesses are the same interests thwarting progress in controlling illegal immigration.  They are the same companies that often turn their backs on American workers to pay illegal immigrants substandard wages; giving them an unfair and immoral advantage over the yeoman tenant farmer.

Finally, adding insult to injury, the RFS also advantages global oil companies and foreign biofuel interests over small to mid-sized American refiners.  Escalating compliance costs for the RFS contributed to the bankruptcy of a Philadelphia refinery in 2019.  With refiners expected to post historic losses for the second quarter, RFS costs could be the straw that breaks the camel’s back for many other American refiners.  The cost for tradable credits needed to comply with the RFS have been skyrocketing all year.  Historically, paying for the RFS has often exceeded the payroll of independent American refiners.  Additionally, a quirk in the program allows global, integrated oil companies that own fuel retail outlets to generate more credits than they need, which independent American refiners are forced to buy for compliance.

Unfortunately, bankrupting tenant farmers and domestic refiners may not even be the worst part of the program.  The true insult lies in the fact that we need foreign biofuel to comply with the RFS.  Since the program mandates more ethanol than can be blended into gasoline due to engine and infrastructure constraints, U.S. refiners have had to rely on at least half a billion gallons of FOREIGN BIODIESEL in each of the last three years to meet the programs overly stringent requirements.  Such result is the furthest thing from an America First energy policy.

The President promised to protect every manufacturing job and get tough on illegal immigration.  Reforming the RFS would help the American farmers that are actually working in the fields and the small US refiners that are disproportionately disadvantaged relative to the global oil giants.  Change is necessary to prevent global businesses and foreign interests that are already erecting barriers to sensible immigration controls from imposing additional threats real American farmers and domestic fuel manufacturers.