Although he picked up a guitar when he was five, he didn’t get serious about it until age 11.

He recalled, “The first gig I ever played was in church and it was a Ricky Skaggs song. He was a huge influence. Whether it’s country, playing Telecaster [electric guitar] bluegrass, or mandolin, nobody can touch him.” 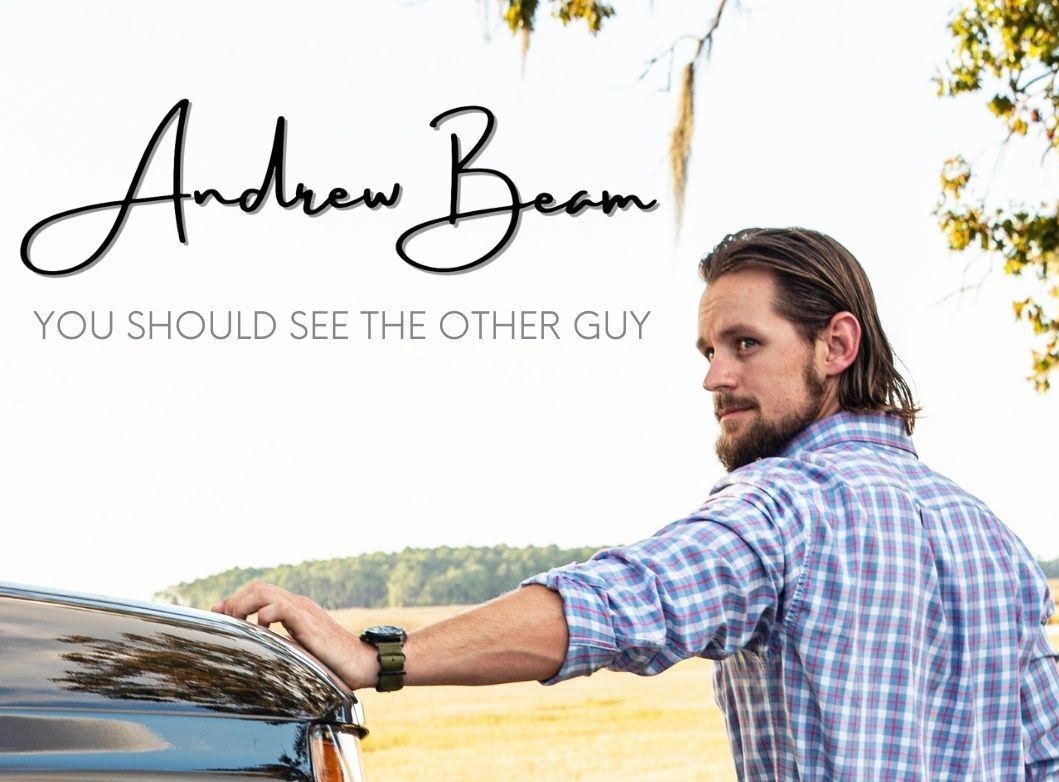 That’s when he learned the basics of guitar. Once he got into middle school, he wanted to learn the electric guitar. He admits that Lynyrd Skynyrd was a huge impact then. But in the tiny school, he attended, one of the science teachers played guitar. This was about the time School of Rock came out. They had their own School of Rock every day at lunch.

Beam attended high school in Anderson, South Carolina, where a buddy was looking for someone to play rhythm guitar. He stated, “We just did it for fun. I never thought it would be serious.”

The Carolina boy had a scholarship to attend Clemson and for a short while was a pre-med major, but he also was a huge outdoorsman. He found out that Clemson had a wildlife biology program and that is where he ended up. He got an internship as a park ranger and decided to go into law enforcement as a game warden.

Even while he was in Charleston training to become a warden, he played guitar every night. His friends asked, “What are you doing man? You want to work for the state and make nothing?”

Once he got established in Charleston, he got recognized as “That guy who plays real country music.”

He mused, “Even if I wrote them a ticket, I told them about my show coming up in two weeks.”

One time he played on the back of a big boat at the Governor’s Cup Sport Fishing Tournament. He reflected, “I remember standing on that catwalk at 2:00 in the morning looking to my left thinking, ‘That’s what I want to do for the rest of my life.’”

There was a big boating accident ten feet away, and he realized, “I know I trained to be a career game warden but don’t think this is for me.”

It might have been divine intervention, but from that point on (in the summer of 2017), he knew he wanted to go play music full-time. He had enough support from his friends and family that he knew he had to go for it. He finally believed it.

Like the majority of country musicians starting out, he was planning to move to Nashville.

He was in Charleston playing a backyard party at a game warden’s house. There somebody told him, “I’ve got somebody you’ve got to meet.”

The singer-songwriter said he had been given that line a hundred times. Two days later Beam was at Salt Creek Recording in Bennetts Point, South Carolina, and was introduced to master jazz guitarist and producer, Joe Taylor where he encouraged him to “keep doing what you’re doing.”

He kept working for the state for another six months, but finally, when he had a bunch of gigs stacking up, in May 2018, he quit his job and started his music career in earnest.

“We hit the ground running pretty good. One of the first gigs I played after I quit my job was on the back of that same sport fishing boat,” he said.

It was a full-circle moment.

He played more and more local gigs. In August of 2019, he got asked to open for Aaron Tippin.

When anyone asks, “‘Where do you play?’, the answer was and is anywhere from backyards to big stages,” the singer said.

In January of 2019, he picked up a Budweiser sponsorship. For nearly two years they were playing bars and festivals. Everything was good until COVID hit.

While so many artists now rely on streaming to get their music out, Beam is more old-school. “Live shows for me are where it’s at,” he stated. Shaking hands and doing it organically is his style.

One of his earliest releases was “Selma by Sundown” written by Taylor. The song is kind of autobiographically for Taylor as he talks about the driver getting back to his love by dawn. Taylor thought Beam’s voice would be perfect for it.

A fun song he wrote in his sophomore year at Clemson was “The Beam in Me.” He never dreamed the cocky, break-up song would see the light of day. But at the live shows, the fans loved it so it made the cut. It was a statement song for the Beam Country fans.

His latest single, “You Should See the Other Guy” is not what you think it is about. Co-written and produced by Taylor “You Should See The Other Guy” shares the tale of heartbreak and regret after seeing a former lover moving on and being happy. With lyrics, “You should see the other guy, he ain’t nothin’ like me, she done found her the kind of man that I couldn’t be,” the song offers a quintessential sentimental appeal with the production of a classic country song.

“Writing with Joe [Taylor] as the producer, you can get from my song idea on paper to studio production immediately.”

“You Should See the Other Guy” turned out to be the number one favorite song at Beam’s shows.

One problem Beam had early on was with the distribution of music. His friends all call him Beam instead of his first name. However, is there is a rapper called Beam as well. His distributors inadvertently put his new music under the rapper’s name. When the popular rapper’s fans heard country music instead of rap, they instantly clicked off of it. Not only that, Beam the country singer’s true fans could no longer find him. It put his songs in an underground rap algorithm. He asserted, “For an entire year, nobody could find my songs.”

He was going by Beam Country and Instagram is where you always find him. However, even when the fans got it, others were not sure if it was a band, a label, a fanbase, or what.

They switched his distribution right when COVID hit and now everything is Andrew Beam. Fans are still looking for his music under Beam Country He clarified, “Beam Country is a better brand, but I am Andrew Beam.”

So many scheduled trips and concerts have been canceled thanks to COVID, but Beam is still able to play a lot of private shows locally.

Despite all the drawbacks from the pandemic, Beam is releasing a full-length album with an album release show at the Windjammer Beach Stage, Isle of Palms, SC on April 16.

They plan on hitting the road as soon as the album drops and hopefully will make it to Nashville to play.

Beam admits his fan-base may not be the biggest, but they are the most loyal and he would “go to war with them.”

He has been told by people in the industry that his twang is his ticket. “What twang?” he replies. “I’m just singing.”