The top spot in the Ohio GOP is open after former Chairwoman Jane Timken announced her resignation on February 5 to run for the U.S. Senate.

The Southwestern Ohio Republican declared his candidacy in a letter to the ORP State Central Committee that contained his resume.

In the letter, Becker claims he acknowledged the party is fractured and he can mend the break between the establishment and grassroots members, the latter from which President Donald Trump built an enormous following in his four years in the White House.

He also asked for a “secret ballot” during the special February 26 vote to protect committee members from intimidation and retribution.

In his press release, Becker stated that if he were selected, he would be:

Becker is not the only Republican leader who sees a flaw in the way the ORP and State Central Committee (SCC) operate.

Last week Mike Gibbons, the Cleveland investment banker who co-chaired President Trump’s fundraising efforts in Ohio in 2016, also sent an open letter to Republican voters calling on them to petition party leaders throughout the state to demand a primary election free of state party endorsements. 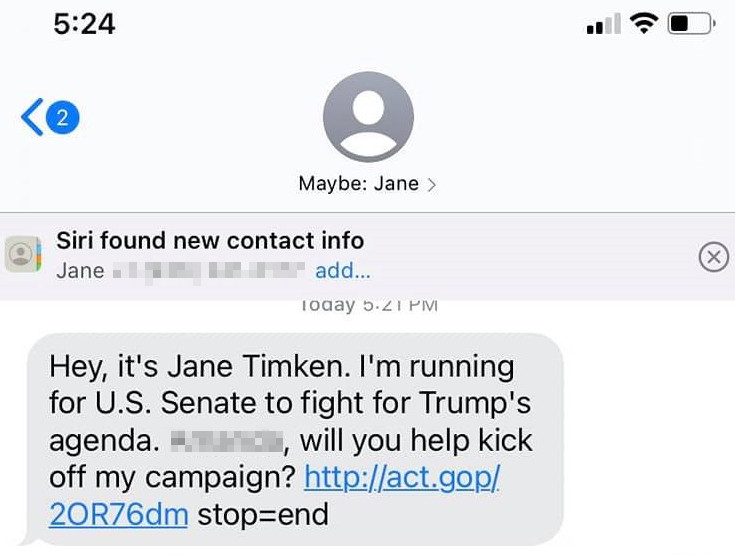 Becker received a lot of press in 2020 when he was one of a handful of state lawmakers pushing to impeach Republican Governor Mike DeWine.  He also led a movement that resulted in Ohioans filing Private Citizen Affidavits (PCAs) against the Governor for alleged criminal offenses for his role in the State’s COVID response.

Becker went so far to publicly demand that Ohio Attorney General Dave Yost (R) resign for his glib response to Becker’s calls for DeWine to be investigated – comments in which the AG portrayed the efforts as a drain on the state legal system.

However, when asked by The Ohio Star to outline what Ohioans who believe they were unconstitutionally deprived of rights, income and businesses could do – if not pursue impeachment or legal PCAs – the AG’s office failed to respond.

Among the establishment Republicans, Bob Paduchik is the frontrunner for the ORP Chair. Paduchik was a senior advisor on Trump’s 2020 re-election campaign, co-chair of the Republican National Committee, Ohio director of Trump’s 2016 campaign, campaign manager for Rob Portman in 2010 and former Ohio director of George W. Bush ’00 and ’04 campaigns.

The role of the Ohio Republican Party is to work through the mechanisms of local, county and state committees to elect people and enact policies consistent with the Republican Party platform such as growing the economy, shrinking government and protecting freedoms.

The function of the ORSCC is to be the governing body of the Ohio Republican Party.