“One year later, the Department of Health – when under oath – still cannot justify the Director’s ‘Stay at Home Orders,’” said Thompson in a press release similarly titled that he shared exclusively with The Ohio Star on Friday morning.

The press release states that the 1851 Center won a preliminary injunction in 2020 stopping the state from forbidding the opening of amusement parks. During that case, the State of Ohio was asked to provide responses to legal questions under oath and penalty of perjury.  Those responses were just recently provided.

In them, Thompson contends, it is displayed that “the State remains unable to provide evidence supporting policies, failed to track relevant data and was at times outright ‘bluffing’ to the public.”

The full press release can be viewed below. The summary of its points is as follows:

A recent study revealed effects of COVID misinformation – particularly the deep misunderstanding of the severity of the virus for the average infected person and the misrepresentation of deaths per age group.

According to the report, the percentage of people infected needing hospitalization is somewhere between one percent to five percent.

The essence of the finding is that COVID knowledge, policy preference and behavior is shaped by political alignment and media consumption. 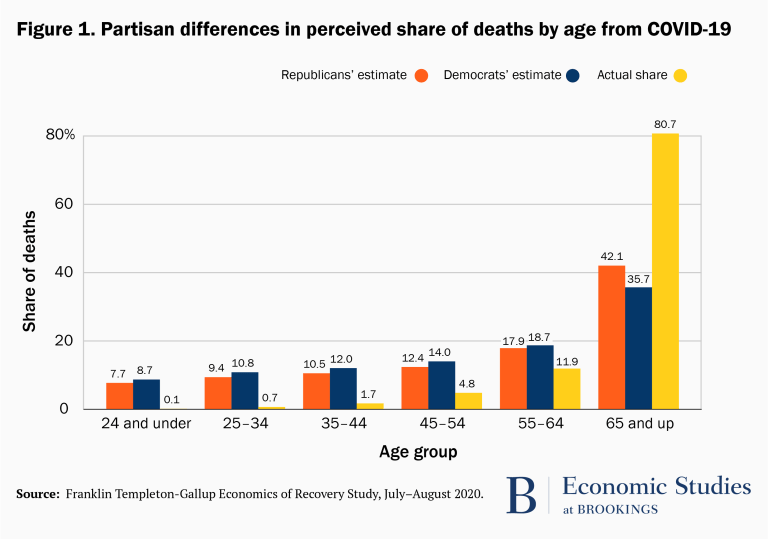 “We have not faced an enemy like we are facing today in 102 years. You have to go back to the 1918 influenza epidemic,” DeWine said in a briefing the day the order was issued.  He compared the state response to a war and said it was a crucial time in the battle – the order was issued to slow the spread of COVID so healthcare systems would have time to treat COVID patients and others needing care.

In the order, Acton chose essential businesses and shuttered those she deemed nonessential; the order was set to expire two weeks later.  Businesses closures were not designed to be punitive but were also “not a suggestion,” said DeWine.

Just prior to issuing the stay-at-home order DeWine declared a public health state of emergency, saying “I wouldn’t read too much into the state of emergency,” that it was a “legal necessity” making it easier to procure medical supplies without going through the required state bidding process.

Dr. Acton’s modeling drove policy decisions in March 2020.  The Health Director guessed that the medical community could face 62,000 cases per day by mid-to-late March if Ohioans didn’t follow mitigation strategies. According to Acton and DeWine, if people heeded State of Ohio guidance, cases would be spread out and lessened,  predicting a peak in mid-April of 10,000 cases per day. A third guess revised that number down to 2,000 cases per day.

DeWine said hospitals would need  to scale up their capacity to double or triple their norm in order to handle the rush. According to Ohio COVID dashboard data, cases were registering over 300 in March and around 500 per day in April (with one blip due to concentrated prison testing).

An early investigative article pinpointed the economic dangers of closing businesses, the mental health impact of stay-at-home orders, the certain spike in suicides and the differences between COVID and the 1918 flu pandemic.

However, shut-it-all-down policies were implemented instead of exact measures that protected the most vulnerable, accounted for economic, emotional and physical consequences of focusing only on COVID.

A study of all 50 states and the District of Columbia ranked each locale by mandates and COVID outcomes. Ohio came in at number 23 of 51 despite being one of the first states to intervene and impose mandates with legal consequences for violations.

There were states with fewer restrictions that did better at handling the virus – but the opposite was also true.  A set of findings that proves the words of Ohio Senator Terry Johnson (R-District 14) during his floor speech in favor of Senate Bill 22 (providing legislative oversight of Governor and agency orders).  Johnson said stopping the virus is like telling the waves to stop or stopping the wind; and the varied results around the world given different mitigation strategies proves the efficacy of strict mandates are “a farce.”

In Ohio, the statewide mask mandate was imposed July 23 when cases were already on a downward slope.

The Star reported, according to Ohio Department of Health records, the high point in cases occurred on November 30, 2020 when the state logged 13,468 – this after a statewide mask mandate had been in effect for 131 days with the Ohio Investigative Unit measuring mask compliance at well above 90% around the state.

While the mask mandate was in effect with high compliance, Ohio racked up its worst numbers in cases, hospitalizations and deaths according to the Ohio COVID dashboard.

Thompson said that one of the State’s arguments was that their mitigation efforts resulted in fewer cases and helped deter the early estimate that Ohio would lose more than 100,000 people to death from COVID.

However, the State’s case estimates without mitigation were astronomically inaccurate (62,000 at a high point) and their case estimates with mitigation were still exponentially incorrect. Additionally, there isn’t a state in America near a death toll of 100,000 people, regardless their mitigation strategies. In fact, a couple states near the top in death toll – California, New York and Pennsylvania – enacted comparatively strict mandates.

However, DeWine still urges Ohioans to mask, even after vaccination – guidance echoed by President Biden.

The Ohio Restaurant Association estimated 60% of Ohio establishments would close and never re-open. The Star reported on four non-essential businesses and the impact to their businesses, employees and families.

60 minutes came to Columbus to report on the “unequal recession” caused by the shuttering of non-essential businesses (restaurants, hotels, theaters, shops, to name just a few) and how those policy decisions disproportionately affected women and minorities – and how the Congressional Budget Office estimates the first to lose their jobs will be the last to recover, reporting it will take until 2024.

Ohioans filed more unemployment claims in 2020 than they did the previous five years combined. To make matters worse, school closures exacerbated unemployment woes – unemployment is 12% higher for parents whose children learn remotely as compared to parents whose kids learn in-person. 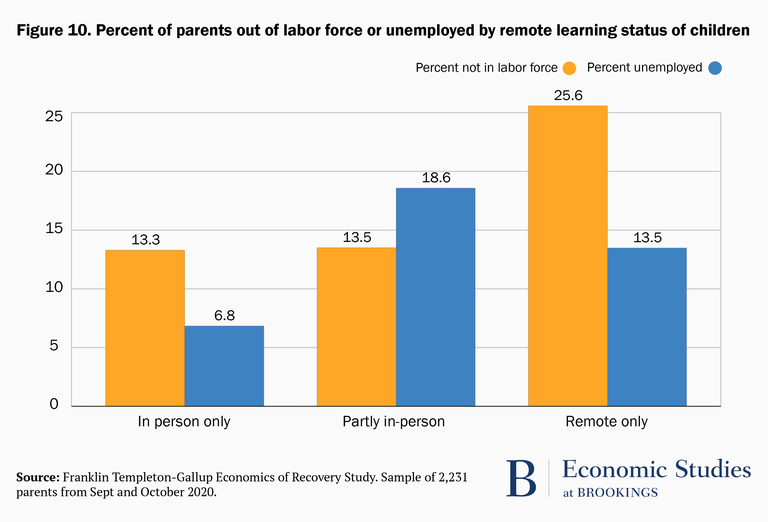 This despite the American Academy of Pediatrics pleading for kids to get back in the classroom, the CDC repeatedly indicating that kids were not extending the transmission of the virus and a large amount of data showing very low COVID infections among enrolled school children (and evidence that teachers contract the virus at rates similar to their non-teaching contemporaries).

Meanwhile, a crisis from COVID policies grips our kids – masses of students from Mason to Hilliard were hospitalized for suicide ideation, mental struggles and a prestigious medical journal reported that 13.8 million of years of life will be lost in kids aged five to 11 due to education disruption from, not COVID, but COVID policies.

Read the full statement by the 1851 Center for Constitutional Law:

Jack Windsor is the Statehouse Reporter at The Ohio Star. Windsor is also an independent investigative reporter. Follow Jack on Twitter. Email tips to [email protected].
Photo “Small Business” by spurekar. CC BY 2.0.

5 Thoughts to “EXCLUSIVE: One Year Into Mandates Ohio Still Can’t Back Up Policies When Under Oath, Maurice Thompson Says”