A Hong Kong-based think tank suspected of working as a front group for the Chinese Communist Party has cultivated close ties to Historically Black Colleges and Universities and members of the Congressional Black Caucus since 2014.

The China-U.S. Exchange Foundation’s (CUSEF) outreach to the black community is part of a broad initiative to cozy up to prominent organizations in the U.S., including foreign policy think tanks and other elite universities.

CUSEF’s activities have drawn the attention of CIA Director William Burns, who testified at his Senate confirmation hearing last month that he cut ties with CUSEF when he was president of the Carnegie Endowment for International Peace out of concern over “Chinese influence operations.”

Most of CUSEF’s contacts with HBCUs and Congressional Black Caucus (CBC) members have been arranged by Wilson Global Communications, a Washington, D.C.-based communications firm.

Since 2018, Wilson Global Communications has disclosed its activities for CUSEF to the Justice Department under the Foreign Agents Registration Act (FARA), a law that regulates foreign lobbying activity.

According to Wilson Global’s most recent FARA filing, submitted March 22, CUSEF paid the firm $89,844 over the past six months to hold virtual meetings with the leaders of HBCUs and college students. She also had contact with Yu Jiang, a professor at Xavier University who operates the school’s Confucius Institute, which U.S. officials also consider to be an influence agent of the Chinese government.

In its FARA disclosures, Wilson Global says it provides CUSEF with “communications and public relations services, which included outreach to U.S. elected officials.”

The firm coordinates trips for college students and leaders of HBCUs to China, all funded by CUSEF. Wilson Global has also arranged contact between CUSEF and members of the Congressional Black Caucus. 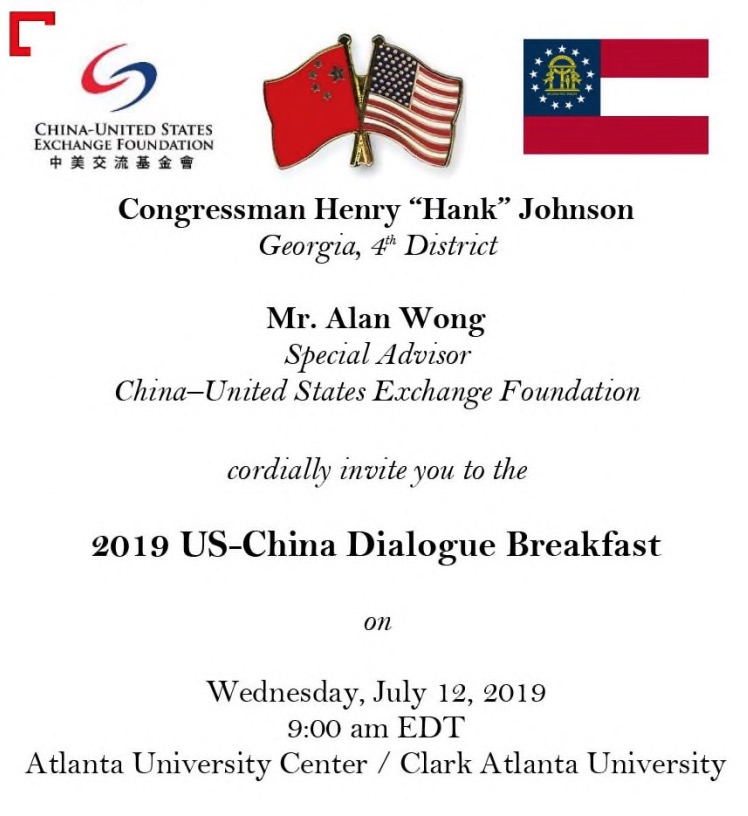 Despite the seemingly innocuous goal, U.S. officials and national security experts have grown suspicious in recent years of CUSEF’s links to the Chinese Communist Party and the United Front Work Department, which handles influence operations for the communist regime.

“One of the top sources of recruitment has been American students in China,” James Carafano, a vice president of the Heritage Foundation and national security expert, told the Daily Caller News Foundation.

He said that the Chinese government uses groups like CUSEF and Confucius Institutes to provide cultural enrichment programming for the purposes of “data mining” and potential recruitment of American students.

“Nothing’s innocuous because essentially everything connects back to the Chinese Communist Party. You can never assume that any contacts are innocent,” Carafano told the DCNF. “The FBI’s been warning about that for years.”

The FBI appears to have briefed many of the HBCU presidents who have taken part in the CUSEF junkets, according to Wilson Global’s FARA filings.

China’s efforts to cozy up to HBCUs came to the forefront earlier this year during the Senate confirmation hearing for Linda Thomas-Greenfield, the ambassador to the United Nations.

Thomas-Greenfield was grilled during her confirmation hearing over a paid speech she gave in 2019 at Savannah State University, an HBCU that partnered with China’s Confucius Institute.

During his Senate confirmation hearing last month, William Burns, the CIA director, said that he had concerns when he was the president of the Carnegie Endowment for International Peace about an existing partnership between the think tank and CUSEF.

Burns testified that he ended the relationship with CUSEF, which had donated hundreds of thousands of dollars over the years to Carnegie, because he was “increasingly worried about the expansion of Chinese influence operations.”

Burns also said that the Chinese Communist Party deploys groups like CUSEF as part of a “whole-of-government approach … to try and influence political, economic, and cultural developments to benefit CCP interests.”

CUSEF, founded in 2008, is a key hub of the Chinese government’s United Front Work Department.

In an Aug. 24, 2018, report, the U.S.-China Economic Security and Review Commission said that China uses the United Front system to “neutralize sources of potential opposition to the policies and authority of its ruling Chinese Communist Party.”

The organization has developed connections over the past decade with other universities, such as Johns Hopkins University, Georgetown University and Columbia University. CUSEF has also partnered with several prominent foreign policy think tanks, including the Carnegie Endowment for International Peace, the Brookings Institution, the Center for Strategic and International Studies, and the Center for American Progress.

CUSEF has leveraged those connections to present Beijing-friendly viewpoints on hot-button issues.

In May 2016, Carnegie hosted CUSEF founder Tung Chee-hwa for an event at which he advocated strongly for Beijing’s viewpoint on control of the South China Sea.

At the time, the Chinese government was using its diplomats and other allies to influence an international arbitration court’s decision in a case involving control of islands in the South China Sea.

Wilson Global cited Tung’s position as vice chairman of the Chinese People’s Political Consultative Conference, which advises the Chinese Communist Party, in its registration as a foreign agent of CUSEF.

The Chinese government, with CUSEF’s support, began its outreach to HBCUs in 2014 in response to an initiative by the Obama administration.

The Department of Education announced then that the Chinese government signed a memorandum of understanding with a group of HBCUs to provide 1,000 scholarships to students from the schools.

CUSEF hosted a meeting in September 2013 between HBCU leaders and Chinese Vice Premier Liu Yandong, which set the stage for the scholarship agreement.

Julia Wilson, the Wilson Global founder, is listed as a representative of CUSEF in the Department of Education announcement.

The filings show that Wilson has had hundreds of contacts with members of the Congressional Black Caucus and their staffers regarding CUSEF events in China and the U.S.

The disclosures show meetings with CBC members regarding the CUSEF African American Initiative in September 2018 and October 2019.

Wilson Global has also disclosed email communications with the presidents of numerous HBCUs regarding the HBCU-China Scholarship Network, which Wilson Global oversees.

A proposed timeline in 2017 showed that CUSEF sought contacts with CBC leaders and congressional leaders from a specific group of states: Texas, Michigan and Ohio.

The CUSEF delegation also hoped to meet with the National Urban League and begin plans for student visits to China.

According to a memorandum of understanding between Beijing University of Chemical Technology, the agreements proposed exchanging research materials, professors and research staff while collaborating on research projects.

In a document dated Jan. 6, 2019, David Wilson, the president of Morgan State University and chairman of the China-HBCU Network, submitted a detailed summary of the HBCU delegation’s visit to China to Audie Wong, the executive director of CUSEF.

One of the goals of the trip, according to Wilson, was to discuss the possibility of housing Confucius Institutes on HBCU campuses.

Wilson said that the HBCU delegation on Dec. 17, 2018, visited Confucius Institute headquarters, where they met with Jing Wei, the organization’s deputy chief executive.

According to Wilson, Wei discussed the process that the HBCUs would have to follow in order to partner with the Confucius Institute.

Like CUSEF, Confucius Institutes have come under increased scrutiny over their alleged influence operations.

In August 2020, the Trump administration designated the Confucius Institute U.S. a foreign mission of China, a category typically reserved for embassies and consulates.

During the first meeting, CPAFFC officials suggested that HBCUs host Chinese students from rural areas at their schools.

According to Wilson, CPAFFC officials expressed concern during the second meeting about the U.S. government’s visa process for Chinese students. The officials conveyed that Chinese students might opt to study at Canadian and European schools instead of the U.S.

Last year, the State Department pulled out of an event that involved CPAFFC because the group sought to “malignly influence state and local leaders.”

Mike Pompeo, the secretary of state under President Donald Trump, criticized CPAFFC during a speech to a group of mayors in September.

“It may have ‘friendly’ in its title,” Pompeo said of the front group, “but it is not so when it comes to American interests.”

Wilson Global and CUSEF did not respond to requests for comment.

Chuck Ross is a reporter at Daily Caller News Foundation.