“YOU’RE NEXT,” James tweeted to his millions of followers with the hashtag #ACCOUNTABILITY. He has since deleted the tweet.

Twitter’s policy warns that users may “not engage in the targeted harassment of someone, or incite other people to do so.” “This includes wishing or hoping that someone experiences physical harm.” 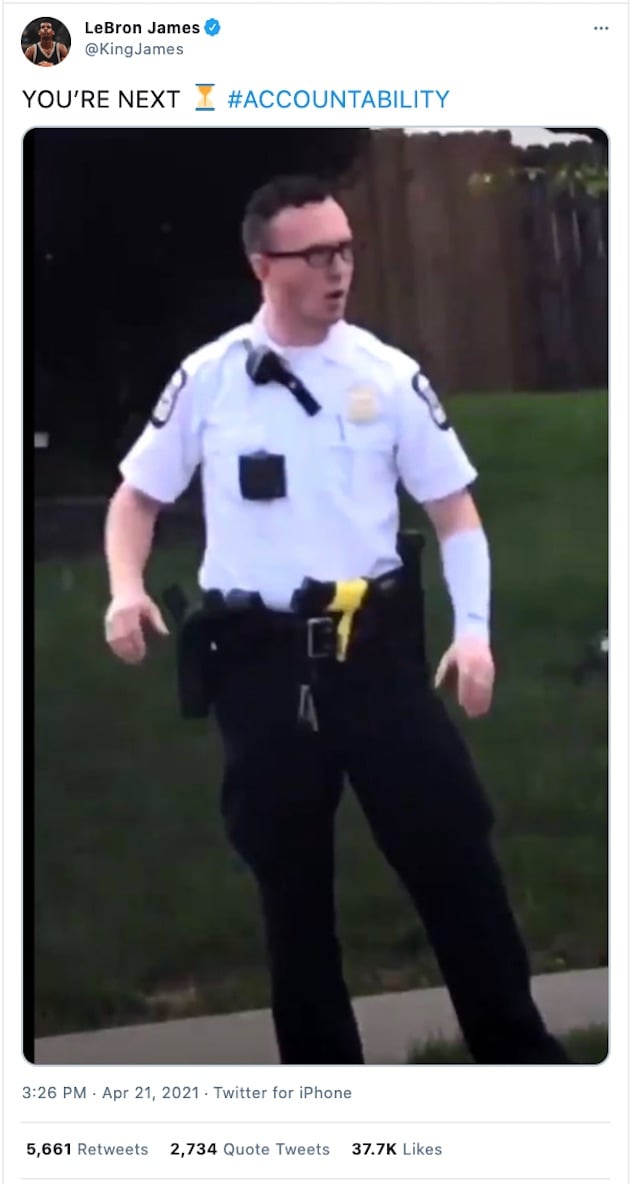 Twitter spokesman Trenton Kennedy told the DCNF Thursday morning that “our teams do not evaluate Tweets that have been removed.”

Kennedy did not return a further request for comment from the DCNF noting that the tweet was up for over an hour and garnered tens of thousands of likes and retweets. James has almost 50,00,000 followers.

The social media platform locked the New York Post out of its account in October after it published a report on alleged emails from Hunter Biden’s laptop that allegedly showed Hunter and his father, president-elect Joe Biden, met with an executive from the Ukrainian gas company Burisma in 2015.

Twitter also censored the story on its platform, prevented users from tweeting or sending the link, and locked the accounts of a number of high-profile Twitter users, such as former White House Press Secretary Kayleigh McEnany, who attempted to post the link.

The social media platform also repeatedly censored former President Donald Trump’s tweets during the 2020 presidential election with the caption: “Some or all of the content shared in this Tweet is disputed and might be misleading about an election or other civic process.”

Media outlets and public figures immediately reported Tuesday afternoon that police had killed an unarmed girl, though body camera footage from the incident showed Bryant pushing one woman down on the sidewalk before swinging a knife at a different woman.

Police shot Bryant multiple times after they repeatedly told her to “get down.”

Twitter itself sparked a backlash through its description of Bryant’s death in a Wednesday Twitter Moment that made no mention of the fact that Bryant had a knife and was attempting to stab another black woman.

Zero mention of the fact that Bryant had a knife and was about to stab another girl, @TwitterMoments? pic.twitter.com/GMF1cXEB29

Twitter did not immediately respond to a request for comment from the DCNF on why it did not include the full picture surrounding Bryant’s death.