NASHVILLE, Tennessee-  Halle Kearns is an artist who always knew what she wanted to do. Her family usually had country music playing in her house and she remembers singing along to 90s country in her car seat.

She stated, “I grew up on Dixie Chicks, Martina McBride, Faith Hill (Ladies of the 90s). The very first song I ever got caught singing on video was the Dixie Chicks song, “If I Fall.” 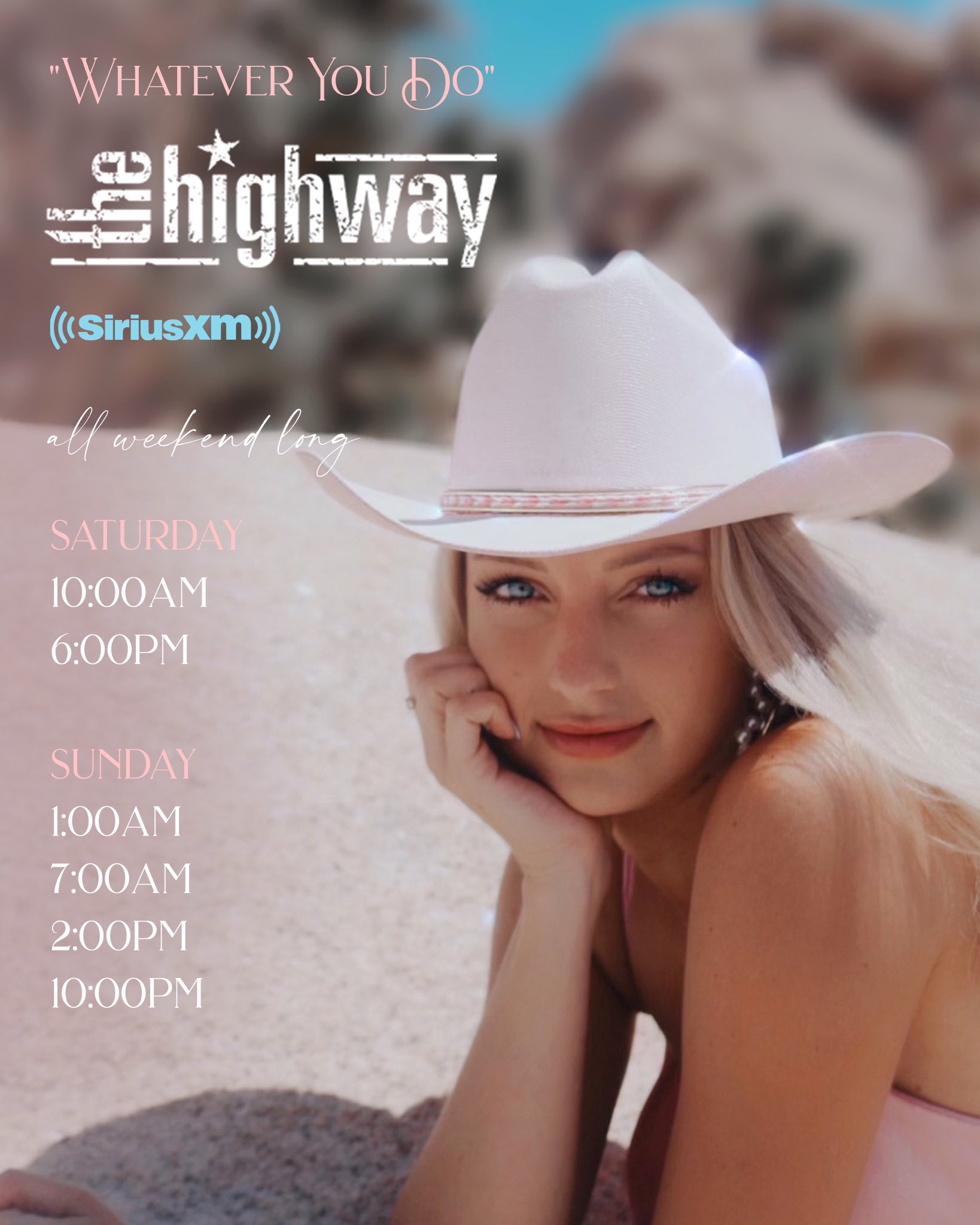 She picked up the guitar as a child and taught herself to play by watching YouTube videos.

Being from Columbia, Missouri, nearly all her friends attended college at the University of Missouri after graduation. But she wanted to perform and play music and didn’t see college as necessary to her career goals.

Surprisingly, her parents agreed to let her pursue her dreams and have been completely supportive. But instead of moving directly to Nashville as an 18-year-old, she moved to Kansas City where she played the local bars and venues for nearly four years.

She surmised, “I would never have survived if I had moved directly to Nashville.”

The time spent in Kansas City helped the singer/songwriter to mature and figure out what she and the music business were all about.

However, in 2019, the Missouri girl decided it was time to move to Nashville. Kearns soon met up with producer Stephen Sharp through a mutual friend.

“At that time, I was looking for a producer who was going to be patient with me and make sure they took time in letting me be a part of that process,” she said. “We clicked instantly. On top of that, we began quarantine, and he had more time on his hands than he normally would have. We were able to sit down and really hone in on our project.”

Released on December 11, 2020, (her birthday) Finally is a 5-song record that shows the multi-faceted talent that is found within Halle’s songwriting and tonality. Her ability to be honest while enjoying life makes the EP appealing to many.

“Pick Me Up” and “I Drink Whiskey” are fun and flirty while “Whatever You Do” (played on Sirius XM’s The Highway) is the summer song we all need. However, Kearns shows her serious side with “Before He Could” which talks about sabotaging a good relationship. But the favorite song she has penned is “Shoes to Fill” which was written about her father.

“This song is for my dad, my best friend. It is like a gentle warning to my future person,” the singer said. “He’s done such a good job of showing me that I am worth being loved by someone and why/how to hold out for someone who is going to love me like he has my entire life.”

The song “Before He Could” was never officially released as a single to country radio. Her fans discovered her snippet of it on TikTok. She was surprised by the response she received.

“Watching the reaction of people who felt deeply connected to it was so beautiful because that’s the whole reason I entered into music anyway. I want people to feel that human connection through my music,” she conveys.

With “Before He Could” she learned that many others felt exactly as she did and she wasn’t alone in feeling that way about a relationship.

I heard “Whatever You Do” on Sirius XM’s The Highway, On the Horizon show. Because it is satellite radio, songs on Sirius XM are heard all over the world. I have interviewed many artists who got their start from being on this show, I wanted to know how Kearns’ song made it.

They checked her Spotify profile and her Instagram and they were like, “Who is the girl?” The director DM’d Kearns on Instagram and scheduled a phone call. They had a Zoom call where he asked a bunch of questions. He never mentioned playing the song on the Highway, though.

“The next morning I woke up. It was a Friday,” Kearns said. “I got a message that said, ‘Hey Halle, thanks so much for the chat yesterday. I’m going to play “Whatever You Do” on the On the Horizon show tomorrow. Have a great weekend.’”

“I started sobbing,” she confirmed. “He heard it first. The song was enough to him to catch his ear and explore it and put it on The Highway.”

Kearns is an avid songwriter and states all songs are autobiographical in nature. “Every song that I write has a piece of me in it,” she said.

Finally has since surpassed 3.3 million streams on Spotify alone, reaching number 5 in the U.K Country iTunes charts and number 7 in the U.S. It has appeared on the Hot Country, New Boots, and Wild Country editorial playlists.

The songstress’s newest release, “Plans” is a follow-up single to Halle’s incredibly successful debut EP. The single is about after having relationships that have failed, you finally meet someone who is extra special and you are not afraid to make plans with them.

Lyrically, the song reminds one of a Kasey Musgraves tune as she simply shares her truth while inviting the listener to become part of the story. Sonically, the melody does have a pop-country feel but being sung by a midwestern girl, the country vibe ultimately wins out.

In the meantime, Kearns has recently filmed videos for “Whatever You Do” and “Plans” which will be released in the next few weeks.

With her energy, passion, and undeniable talent, the prospects for this rising country artist are promising. I do not doubt that we will be hearing more about Kearns and her music in the near future.