Susan King is stepping down as dean of the University of North Carolina’s Hussman School of Journalism and Media.

The university announced the decision yesterday.

The Hussman School faced backlash from progressives after it apparently backed off from a plan to give Hannah-Jones tenure for her work as the Knight Chair in Race and Investigative Journalism.

After the University of North Carolina trustees voted to grant Hannah-Jones tenure, the “1619 Project” author announced her refusal of the post on July 6 and that she would teach at Howard University this fall. 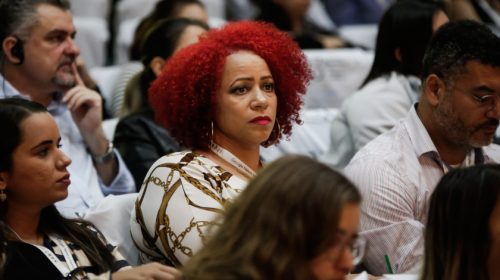 King claimed in a May 21 email to the Carolina Alumni Review that she “did not” initiate the shift to a five-year fixed contract. This assertion, however, differs from Board of Trustees Chair Richard Stevens’ explanation to Indy Week published, in which he characterized the dean as taking initiative on the fixed-term contract.

King is now resigning after nine years in her position; although she will continue to carry out her job until a replacement is found.

“Susan began her service as dean in January 2012 and has advanced the school in numerous ways during her decade as its leader,” a university statement reads. “Her emphasis on creating experiential learning opportunities for students, increasing faculty support and upgrading facilities to reflect media innovation are among the reasons media and journalism is now the University’s second-largest major.”

The statement did not provide a reason for King’s decision to step down.

Campus Reform reached out to the University of North Carolina for comment; this article will be updated accordingly.

Ben Zeisloft is a Campus Reform Student Editor and Pennsylvania Senior Campus Correspondent, reporting on liberal bias and abuse for Campus Reform. He is studying Finance and Marketing at the Wharton School of the University of Pennsylvania. Benjamin also writes for The UPenn Statesman and the Wharton International Business Review.
Photo “Susan King” by by Johnny Andrews/UNC-Chapel Hill and “Nikole Hannah-Jones” by Associação Brasileira de Jornalismo Investigativo. CC BY 2.0.

Appeared at and reprinted from campusreform.org