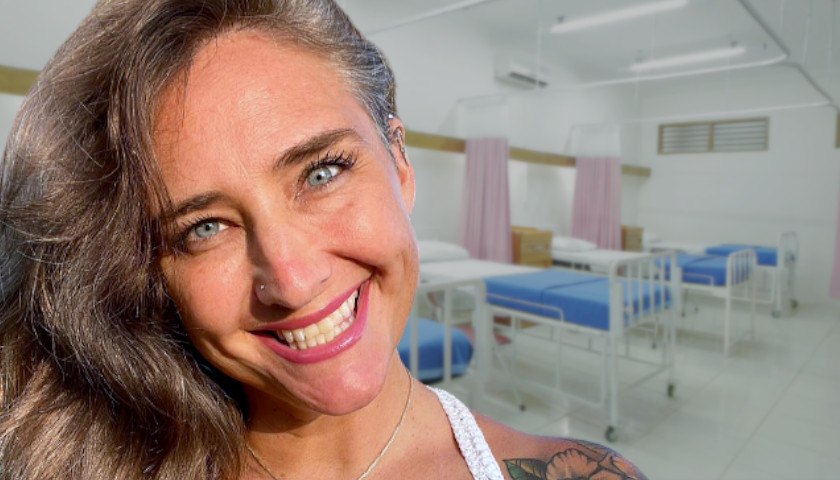 A lengthy Facebook post from an Ohio nurse who is set to be fired for refusing the COVID-19 vaccine has nearly half a million shares, and more than 220,000 comments.

“I’m an RN of 10 years and I am being fired December 1. I’m not political. I don’t watch the news. I do my job and I go home to my family. I love caring for others from every single walk of life and I take that responsibility seriously,” Melissa Rexroth said in a Facebook post written in the early morning last Saturday. 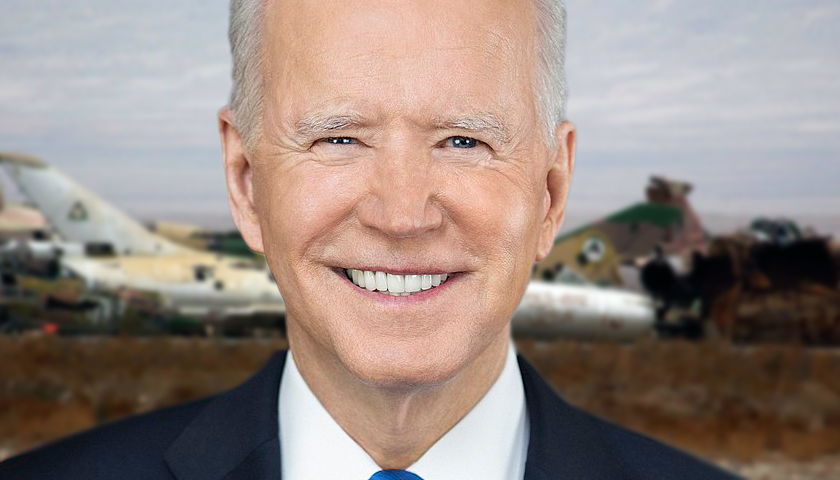 Earlier this week, as covered in a previous column in the American Spectator, the Democrat National Committee bragged about the “achievement” of this alleged president in his “best-run evacuation” of Kabul. Chief among the DNC’s arguments for such ludicrous praise was the lack of American casualties.

The press flacks at the DNC, every one of whom would be fired if that organization had the slightest honor (its chairman, the failed U.S. Senate candidate Jaime Harrison, should similarly resign in disgrace before the weekend), were merely parroting statements the alleged president made about the absence of dead Americans at the time.

Every single credible person with either operational military experience or a knowledge of Afghanistan was warning that casualties were already inevitable by that point. Even the alleged president, in a fit of congratulatory onanism, qualified the alleged safety of the “best-run evacuation” with the proverbial knock on wood. 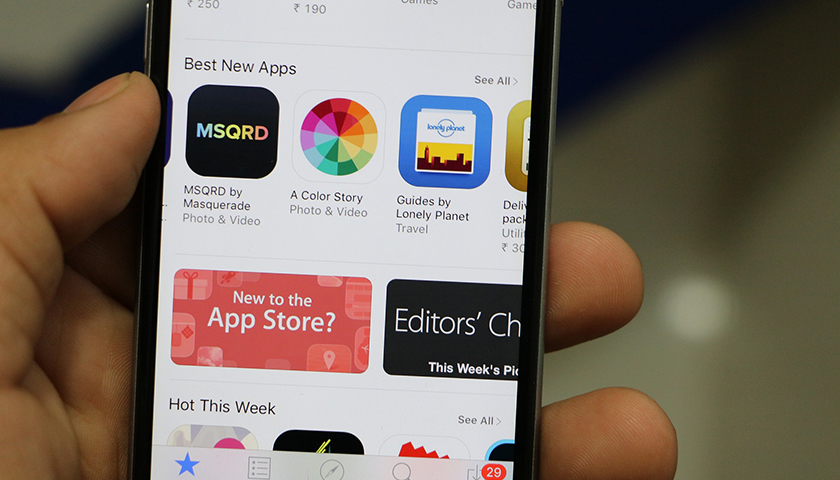 Apple proposed a settlement with app developers Thursday, requiring the tech company to restructure its app store and change some of its more controversial practices.

The company will now permit app developers to use information obtained in their apps to directly communicate with consumers about payment options outside the app store, Apple announced in court filings Thursday. This helps developers avoid paying Apple a commission on app purchases, and grants developers greater control over their apps. 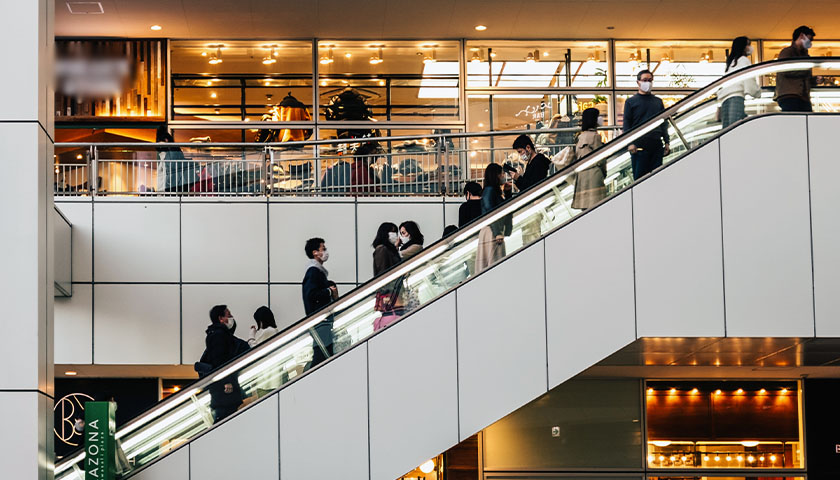 An index measuring inflation surged at an annual rate of 4.2% last month, reaching its highest level since 1991, according to the Department of Commerce.

The personal consumption expenditures (PCE) index, which measures prices, increased 4.2% in the 12-month period between August 2020 and July 2021, according to a Department of Commerce report published Friday. Excluding volatile food and energy prices, the index spiked 3.6%, the report showed.

The last time consumer prices increased this much in one year was more than three decades ago in January 1991, CNBC reported. The figure reported Friday is in line with what economists expected. 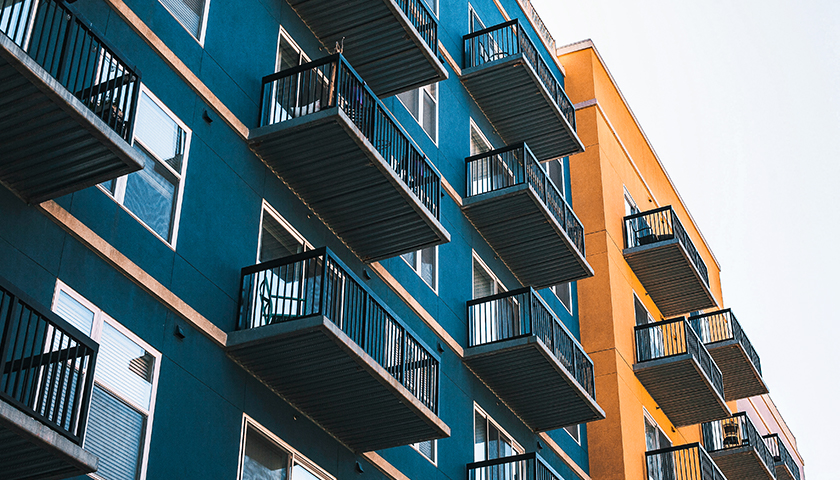 Low-income tenants across the country are behind on rent payments because of the pandemic, even as billions of dollars appropriated by Congress to assist renters remain untouched.

About $5.2 billion of the $46.6 billion — roughly 11% — set aside for the Emergency Rental Assistance (ERA) program has been distributed to low-income tenants, according to the most recent data released by the Department of the Treasury on Wednesday. House Financial Services Committee Ranking Member Patrick McHenry characterized the Biden administration’s handling of the ERA program as “gross mismanagement.” 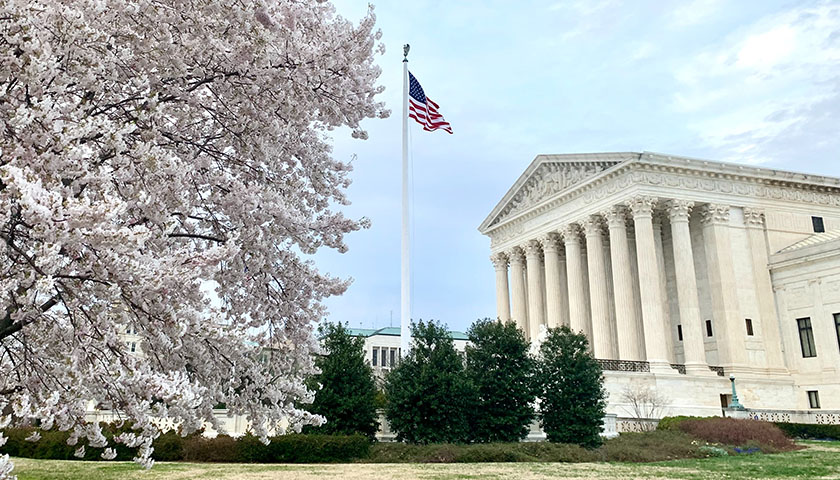 The Supreme Court ordered the Biden administration on Thursday to stop enforcing the federal eviction moratorium recently extended to October.

In a 6-3 decision along ideological lines, the high court ruled that the moratorium, which has prohibited landlords from evicting low-income tenants since its implementation in March 2020, would need congressional authorization to be continued. The decision potentially exposes about 12 million Americans, who reported having little to no confidence in being able to make their next rental payment, to imminent eviction.

“It would be one thing if Congress had specifically authorized the action that the CDC has taken,” the Supreme Court ruling said. “But that has not happened. Instead, the CDC has imposed a nationwide moratorium on evictions in reliance on a decades-old statute that authorizes it to implement measures like fumigation and pest extermination.” 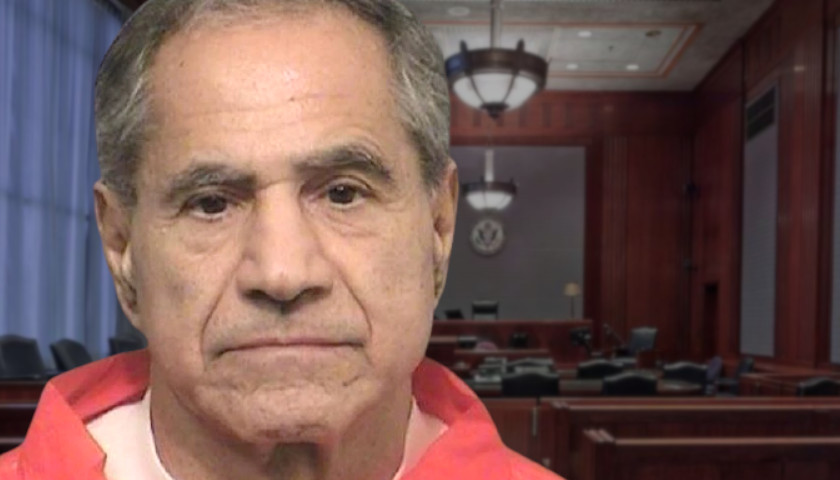 Sirhan Sirhan, Robert F. Kennedy’s assassin, was recommended for parole on his 16th attempt Friday, with the support of two of Kennedy’s sons.

Prosecutors declined to appear before the parole board to argue that Sirhan, who is 77 years old, should remain in prison, the Associated Press reported. 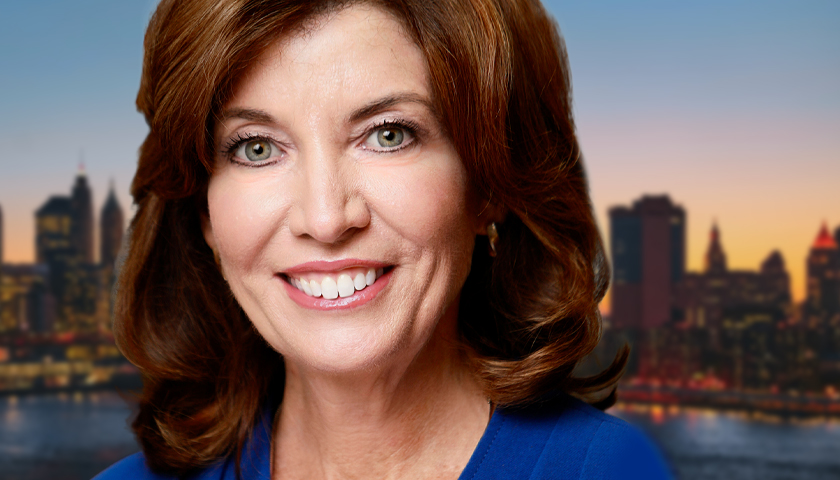 The New York State Department of Health’s COVID-19 data tracker reported Wednesday nearly 55,395 virus deaths in the state reported to the Centers for Disease Control and Prevention since the start of the pandemic, just under 12,000 more than the roughly 43,400 COVID-19 deaths disclosed in the state-managed tracker on Cuomo’s last day in office.

The discrepancy results from the Cuomo administration’s decision to report only laboratory-confirmed COVID-19 cases in which patients died at hospitals, nursing homes and adult care facilities. The Cuomo administration’s tally deliberately excluded New Yorkers who died from COVID-19 at their homes, hospices, state prisons or state-run homes for those with disabilities. 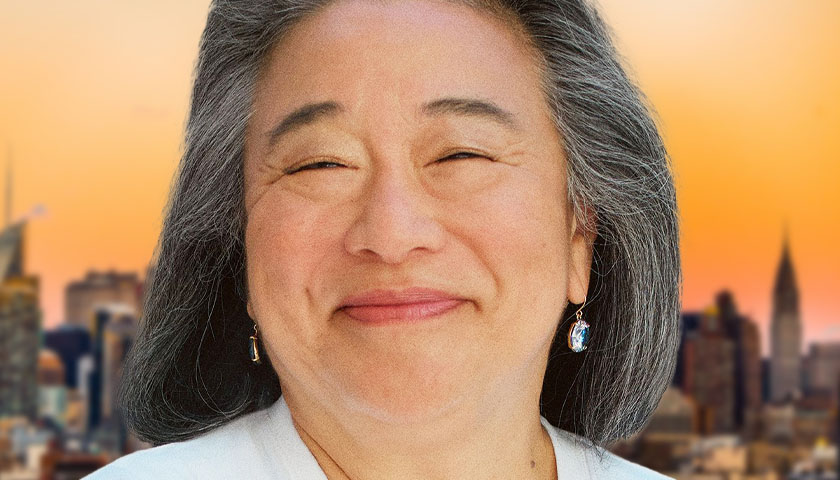 The second TIME’S UP co-founder has resigned from her position following backlash over reports that she worked against Democratic New York Gov. Andrew Cuomo’s accusers.

“Now is the time for Time’s Up to evolve and move forward as there is so much more work to do for women,” TIME’S UP co-founder Tina Tchen said in a statement, according to The Washington Post. “It is clear that I am not the leader who can accomplish that in this moment.”

“I am especially aware that my position at the helm of Time’s Up has become a painful and divisive focal point, where those very women and other activists who should be working together to fight for change are instead battling each other in harmful ways,” she added. 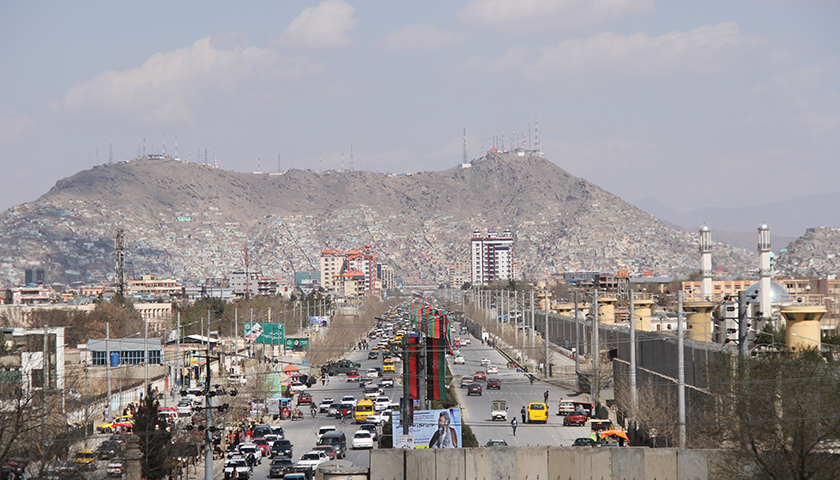 Despite the Biden Administration’s claims that the process of evacuating American citizens from the collapsing nation of Afghanistan has gotten back on track, numerous families still trapped behind enemy lines have confirmed through their congressman that the situation on the ground is still in chaos, the Washington Free Beacon reports.

The office of Congressman Darrell Issa (R-Calif.) reports that several Americans stranded in Afghanistan are residents of his San Diego-based district, and that he has been actively working to expedite their evacuations from the country.

Issa spokesman Jonathan Wilcox said that the families “are scared, stranded, and trapped in the Kabul area. So far, they’ve been unable to reach the airport,” in reference to the Hamid Karzai International Airport, which has since fallen to Taliban control. 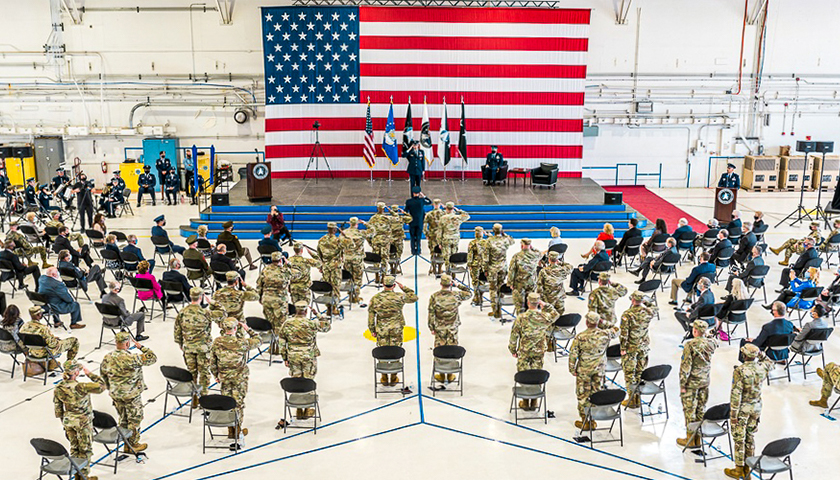 This August, thousands of space professionals from across government, industry, and academia will descend on Colorado Springs for the space industry’s big annual conference: the 36th Space Symposium. Colorado Springs has played host to the symposium since its launch in 1985. The Symposium is held there (and its sponsoring organization, the Space Foundation, is headquartered there) because Colorado Springs is a center of gravity for space activity in government and industry. All of which makes the early 2021 decision of the previous administration to move the headquarters of U.S. Space Command from Colorado to Alabama a bit puzzling. 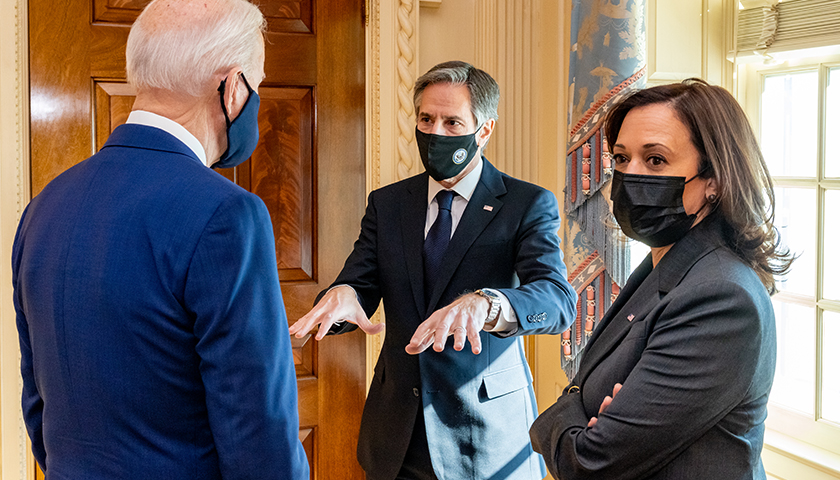 U.S. officials in Kabul have given the Taliban “a list of names of American citizens, green card holders and Afghan allies” who should be granted entry through Taliban checkpoints outside the Hamid Karzai International Airport (HKIA), Politico reported Thursday. This decision to trust the Taliban with this information has reportedly “prompted outrage behind the scenes from lawmakers and military officials.”

The U.S. military has been sharing “information with the Taliban” since Aug. 14 ostensibly to prevent attacks, Gen. Kenneth McKenzie Jr. confirmed during a Pentagon briefing Thursday. 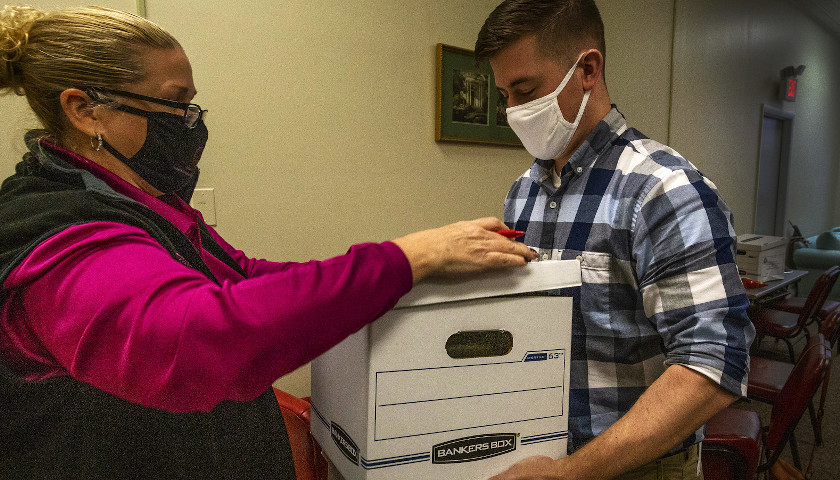 As part of a state-by-state review of the 2020 General Election results, the non-profit Voter Reference Foundation (VRF) has discovered 41,503 discrepancies between the Pennsylvania voters officially recorded as having cast ballots and the total ballots certified per the state’s official canvass. 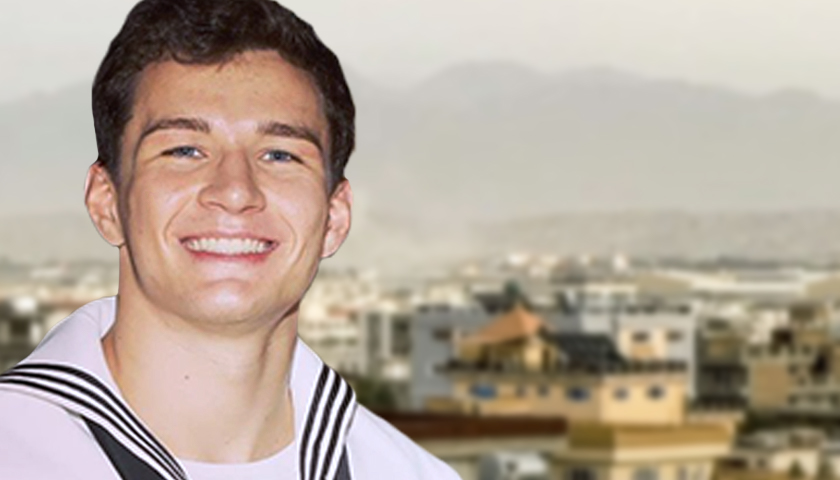 U.S. Senators Rob Portman and Sherrod Brown and U.S. Rep. Marcy Kaptur, OH-9, have reacted with grief and tributes to the Sandusky area Navy hospital corpsman killed on Aug. 26 at the Kabul international airport as the American military continues to withdraw troops and civilians from Afghanistan.

The military named sailor Maxton William Soviak as one of 13 American military personnel killed in two terrorist attacks at a hotel and nearby gate of the Kabul airport where American forces and civilians are getting airlifted out in the wake of the Taliban takeover of the southwestern Asian country.