NASHVILLE, Tennessee – Singer-songwriter Bridget Caldwell does not come from a musical family. They loved music, but did not play or create music.  Her mother had “exquisite” taste in music and would play anything from Bonnie Raitt and Hank Williams to Miles Davis and Ella Fitzgerald.

Caldwell said she has always been a loud, boisterous kid and in third grade when she was cast as Snow White in the school play, her love for musical theater began. One day she started singing, her teacher ran down the hall to get her mother who was a special needs teacher, and said, “You have to come to hear this.” 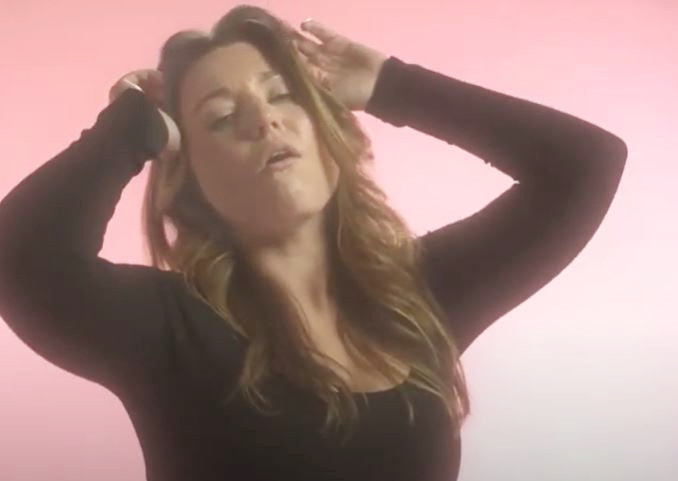 After that, all of her energy went into being in musical theater.  She took dance and voice lessons and tried out for every musical available to her.

“That’s what I did for most of my childhood and I was committed because I love it so much,” she said.

However, when she was in high school, she had to get her tonsils removed and that changed everything. She was no longer able to belt out the big and energetic show tunes. She was about to begin auditioning for colleges and her strong vocals were no longer there.

She discussed this with her parents and voice instructor. She still wanted to do music, but musical theater was out.  She knew she did not want to pursue classical music or music education so she started looking at other avenues for a contemporary artist.

Hailing from the Northwest, Nashville was never on the performer’s radar. But her family heard about Belmont University and Caldwell and her mother flew out to visit in 2011.  She auditioned for Belmont and got in and two months later the Oregon-native got dropped off.

She was there a few weeks and it wasn’t long before the music major was baptized in the world of Nashville songwriting. She met fellow songwriter Luke Preston who lived in the same dorm.

She specified, “He was one of the kids who came to Belmont purposely as a songwriter with a band.”

They became fast friends and he encouraged the singer to start writing.

“He kind of yanked me in and I started running around with this group of rag-tag little heartbreakers. We were all just writing songs and ripping six when she shouldn’t have been,” Caldwell recalled amusingly.

The music major graduated college in 2015 and immediately became a nanny.  She had worked in a coffee shop throughout college. She babysat for a family who visited regularly and once she graduated, they begged her to take the post as a nanny.

“My initial reaction was, ‘No way lady,’” she confirmed.

But they hunted her down and the kids begged for her. Since the parents were awesome, she knew that job couldn’t “suck that bad.”

The job ended up being life-changing.  Later on, she was able to procure her kids and their friends to be part of the video for “Kingmaker.”

I wondered how the one-time musical theater performer came to be a country music singer.

She stated, “Because my mother loved folk music, I am a huge Mindy Smith fan; Bonnie Raitt, Sarah Jarosz, Jason Isbell, and Kathleen Edwards. They are all essentially people who write folk songs which are stories. Then they have modern production.  The origins of country music are story-telling.” 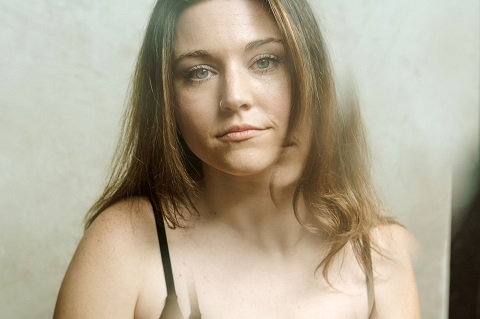 It came naturally for Caldwell to write that way so she started singing that way as well.

As for what has set Caldwell apart in the competitive Nashville scene, she speculates that it’s because she deliberately remains grounded in reality.

“I focus on staying in my lane and what I know to be true which ultimately helps me grow as a songwriter,” she said. “I often think that our individual narratives and themes are more common than we think they are. And that’s the point of music, right? It’s for all of us to listen to it and think, ‘Thank God, it’s not just me.’”

The first song that was released off Caldwell’s Kingmaker EP was a somber song called, “Pharmaceuticals.” It was released at the start of the summer and is a sensitive examination of a fractured relationship.  Caldwell penned the track with songwriter Preston, who was in the midst of a similar situation. What started as a mutual vent session turned into a song that speaks to the heartache of loving someone you just can’t save.

Conversely, the title track song “Kingmaker” was inspired not only by the singer watching her mother work hard to keep the family going during difficult times but also by her own experience as a nanny and seeing the profound effect she had on the children she tended.

With “Kingmaker” lyrics — Learned to settle but born to run / Gives part of herself to everyone / The thing about leaving home / Is you learn what you already know /She tells herself the important thing / Is to be somebody (that) somebody needs — Caldwell shares, “I started writing it thinking of my mother, but it turned out to be a song about me. It’s a song about the strength that’s required for sacrifice and love that is vulnerable and doesn’t ask for recognition in all of its forms; caregiving, partnering, working, and on and on.”

She added, “We’ve all had a Kingmaker in our lives…many if we are lucky. I hope this song reminds every Kingmaker of their value. None of us would make it without them.”

Finding catharsis and connection through the creative process has been so powerful for Caldwell that she’s already hard at work on a full-length album, to be released later this year. But first, Caldwell is excited to introduce her EP Kingmaker to the world.

In a yet-unreleased video, the third song off the EP has the author living in a make-believe world where her feelings for her partner are much stronger than he has for her. She asks him to just “Lie a Little” to meet her in the middle.

Caldwell said of her debut EP, “I feel genuinely secure in that these songs are honest, so I feel this peace about it. They are the most genuine pictures of myself that I can put out there, at this specific time in my life.”

On her website, she states, “Music has never been my escape from life – it’s always been more of a companion along the way.”

With her ability to share truths, not necessarily every detail of her truth, but the collective truth of her friends and family, she will always be a songwriter whose lyrics are relevant.  With her God-given natural ability to perform and her innate wordsmithing aptitude, Caldwell is one we should all keep an eye on.