Nashville, Tennessee – The Woods comprised of Raquel Cole, Dan O’Rourke, Leland Rooney are all incredible musicians, songwriters, and singers in their own right – and when they come together the sound is truly magical – think Little Big Town meets Midland. After hearing them play together at the Analog Room in the Hutton Hotel, I wanted to find out how this eclectic and diverse trio discovered each other.

O’Rourke is a singer/songwriter with a diverse catalog of music. A couple of years ago, he had a batch of songs that lent themselves to three-part harmony. 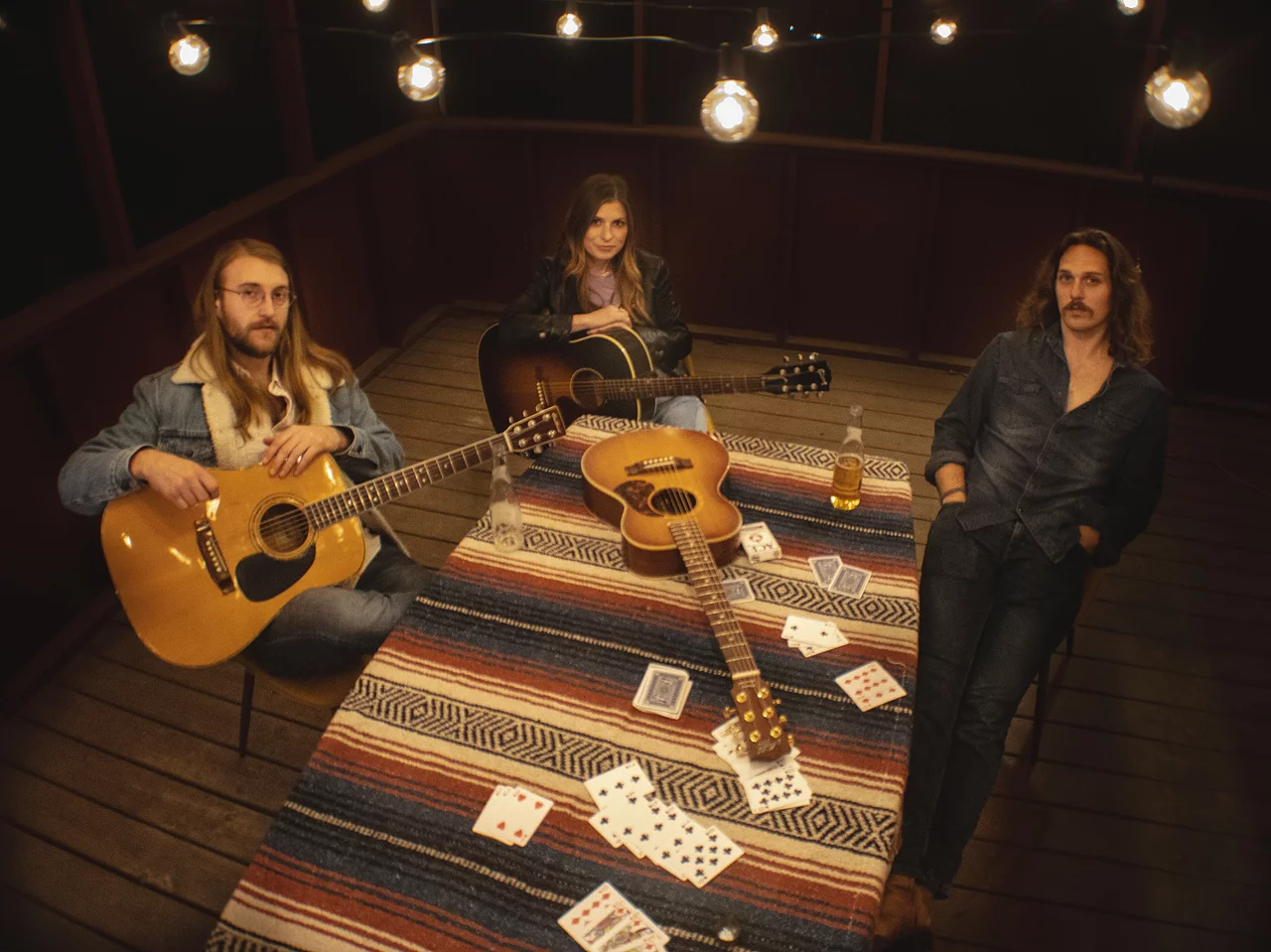 He stated, “For me, those songs had a whole different sort of feel from my own original music. I really wanted to keep those songs alive with the way that they were written in three-part harmony.”

Rooney is one of the more respected guitar players in Nashville and in 2019, O’Rourke and Rooney got together and started working on some of these tunes. A few of them were hanging out one night and O’Rourke discovered that Rooney could sing as well.

The two of them were able to mesh quite easily, but they still need to someone to sing the higher harmony. They spent several months trying to recruit someone who could fill that role. Even after playing a few shows with several musicians, O’Rourke and Rooney were not satisfied.

During the middle of their search, COVID happened.

“You can’t just go trying out people when the world is shut down,” O’Rourke recalled.

They had a group of friends they call their “COVID circle” and Canadian songstress, Cole was among them. While they were practicing songs, Cole just “sat there on the couch and sang harmony.”

During the pandemic, they did what many others did and started live-streaming their music. Cole started playing guitar and mandolin when needed.

They were doing live streams for five or six months when they realized they had their own unique blend and sound that was unlike anything else going on.

O’Rourke confirmed, “That’s when we decided to officially call it a band because we knew we had something special and hopefully everyone else agrees.”

Although each is an accomplished songwriter, they have also written a few together. One of the most fun songs they perform is one they wrote called “Good Thing Going On.”

Cole exclaimed, “It’s a really fun song for us to start our show off with and we love the lyric because we really do think we have a good thing going on. It’s a cool way to introduce ourselves to everyone.” 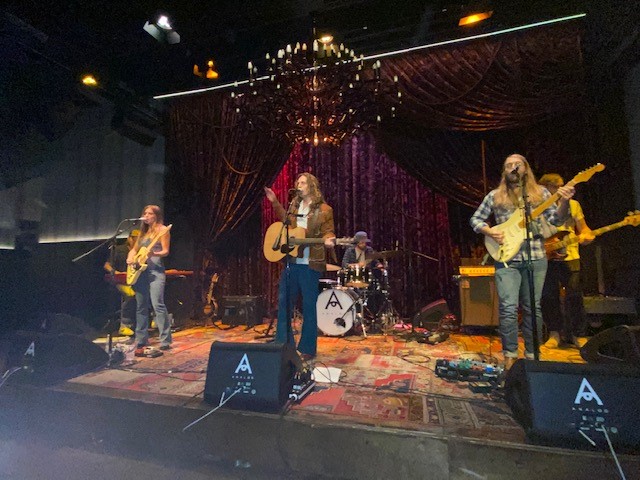 Even though the Analog has one of the best acoustics of any venue in Nashville, The Woods normally don’t play shows on a Tuesday night at 6:30 but because industry people were in attendance, the place was packed out.

The variety and scope where they take turn being in the spotlight makes a fun evening for all. And even if they are playing mostly new and original music, the sound is familiar like a comfortable pair of jeans that you love to wear.

Individually O’Rourke leans country, Cole favors pop-county while Rooney can play and sing whatever is required. But together with their harmonies and innate artistry, they meld together to make something bigger and better (IMHO) than what they are separately.

My favorite song which showcases their unique amalgamation is “World on Fire.” After hearing it live with a full band, I went to download the song before I realized they hadn’t officially released any music yet.

Recently, The Woods was featured on NPR Live Sessions as part of Nashville’s WMOT Roots Radio. As you will hear, it’s a wider breadth of Americana, country, pop-country, and good old-fashioned 70’s rock n roll.

Rooney clarified, “Whatever the character of the tune needs, we don’t limit ourselves to a genre. We try to do exactly what the emotions and vibe and era that the song pulls out, we all try to cater to that and then turn it into a really fun potpourri of sounds that is always kind of grounded by the three of us singing together.”

“We came into this group with the thought that we wanted to be the most authentic versions of ourselves musically because we’ve played on our own, we’ve played with other artists and bands,” Cole said.

Because of their range, you get songs like “Time Will Spent” and “If You Really Love Me” alongside “Back to the Way Things Were.”

Even though they sound like they have been playing together for years, The Woods is the most newly formed group I have ever interviewed. Officially established in February of 2021, their Tuesday night live stream shows have been a vehicle by which they can introduce themselves to the world. Due to the COVID downtime, they were able to practice together more frequently than would have been possible in the past.

Regardless of how anxious we are to get their streamed songs, The Woods will be releasing their music methodically.

O’Rourke explained, “We are kind of sitting in a limbo where we are trying to finish the recording but we don’t want to rush it. If you do that too quickly, it can unravel. We are trying to make sure we have the right team around us.”

Cole said, “We are kind of branding ourselves as one the best-kept secrets. People are surprised at how seasoned we are though we actually don’t have music out yet. It’s a unique position to be in and we are trying to lure people in to be excited and intrigued by the whole situation.”