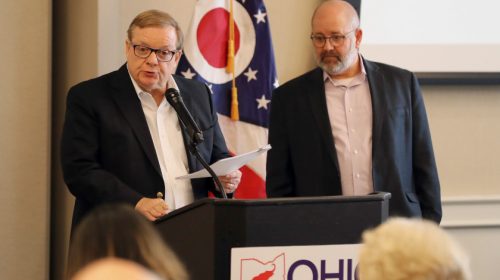 McCabe interviewed Star reporter Peter D’Abrosca about his interview with Mount Vernon attorney Scott A. Pullins, who is now a candidate for state representative. Pullins is also the attorney for Blystone campaign whistleblower Sarah Chambers.

The second podcast guest is Ohio Republican Party Central Committee member Mark A. Bainbridge. Bainbridge, who retired as a partner at Ernst & Young after 30 years with that firm, explained why he says there are millions of dollars unaccounted for in the Ohio Republican Party’s financial records and why he and four other members of the central committee sued the party and its chairman, Robert A. Paduchik.

Finally, the third guest is retired Army officer Robert Cornicella, who talked to McCabe about his campaign to represent New York State’s 1st Congressional District and what he learned from his mentor and former boss, Lt. Gen. Michael T. Flynn.