Morgan Ortagus, the former State Department spokesman and candidate in the GOP primary for Tennessee’s Fifth Congressional District, refused to answer questions from The Tennessee Star on Saturday after she spoke at a meeting of a local Republican group, the Bellevue Breakfast Club, in Nashville.

“You need to stop being mean to me,” Ortagus told The Star in an unprompted remark delivered as attendees milled about after she delivered her campaign speech to the audience of about 25.

Members of Ortagus’ campaign staff told The Star several times prior to her delivery of that unprompted remark that candidate Ortagus did not have time for questions from The Star about her campaign at the event.

The Star sought to ask Ortagus if she had established residency within the boundaries of the Fifth Congressional District yet, but she was quickly whisked away from the event by her campaign staff before The Star was able to pose that question. 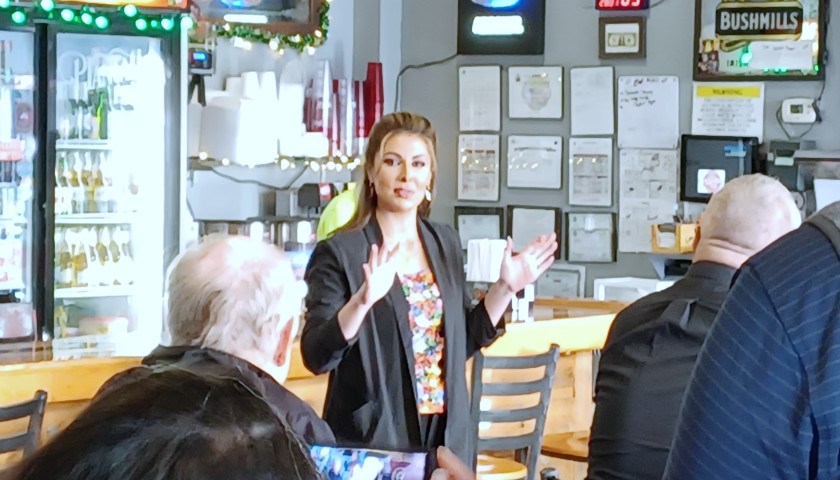 The Star has reported on Ortagus’ recent move to Tennessee, the fact that as of February 9, she did not live in the Fifth District, the fact that she registered to vote in Tennessee just three months ago, her limited knowledge of the district that included not knowing which highways go through and around the district, her carpetbagger status, her out-of-state fundraiser that included host committee members that are either Never Trumpers or members of the D.C. establishment, and her prior disparaging remarks that were made about President Trump prior to her going to work for him.

The Star has also reported on issues that are important to her campaign, as well as endorsers of her campaign that include former President Donald Trump, former Secretary of State Mike Pompeo, and former Ambassador to Germany Ric Grenell. 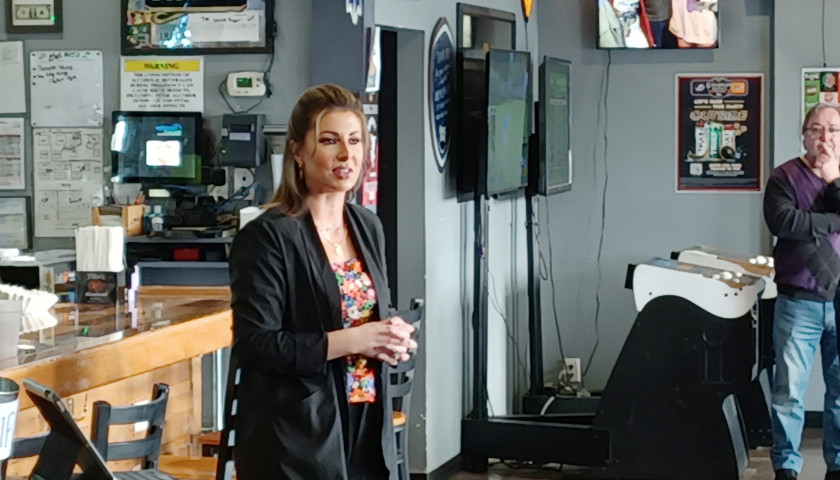 In its reporting on her campaign, The Star has sourced information that includes Ortagus’ own campaign documents, voter history documents, her own words during an appearance on The Tennessee Star Report with Michael Patrick Leahy, and research that included her appearances on various television and radio shows.

Ortagus’ Monday appearance on The Tennessee Star Report with Michael Patrick Leahy was panned for her lack of knowledge of the Fifth Congressional District she seeks to represent in a number of media outlets in Tennessee and around the country, including  The Daily Beast and Mediaite.

Ortagus was the featured speaker at the Bellevue Breakfast Club meeting, a group of Nashville Republicans that host speakers every month. The crowd appeared to give Ortagus a warm reception, with several female attendees remarking that they enjoyed seeing her appearances on Fox News. The club is making a point to invite announced and potential candidates in the GOP primary for Tennessee’s Fifth Congressional district to speak at their monthly meetings. Another candidate in the GOP primary for TN-5, businessman Baxter Lee, is scheduled to speak at the next meeting. 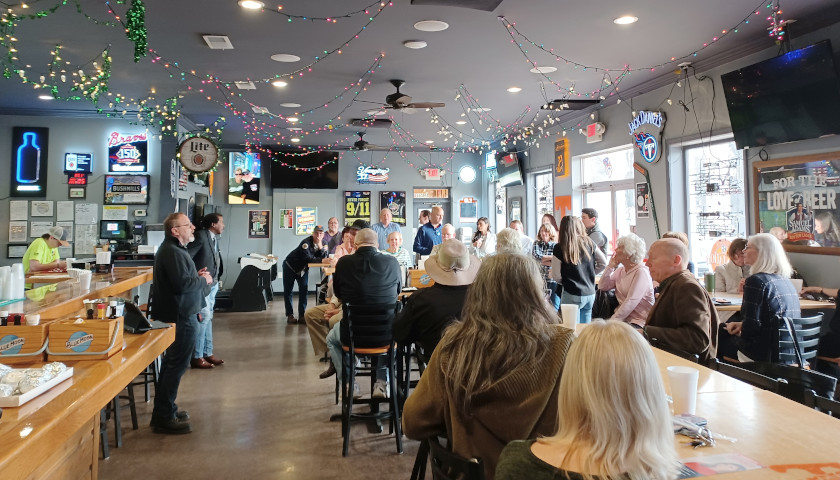 During the main portion of the meeting, topics Ortagus discussed with the group included her work in the State Department, her knowledge of foreign policy, her career in the Naval Reserves, why she thinks Trump endorsed her, her experience being a mother, and the situation in Ukraine. Ortagus pointed out that the Biden administration is being hypocritical with its approach to Russia, noting that Russia is being used by the U.S. as an intermediary for discussions with Iran.

During the question-and-answer portion of the meeting, Ortagus was asked by one of the members of the Bellevue Breakfast Club who she’d support for Speaker of the U.S. House of Representatives if she were elected. Ortagus said she’d support Donald Trump and that she’d heard the rumors that it was a possibility. That answer was met with smiles and chuckles by the audience. 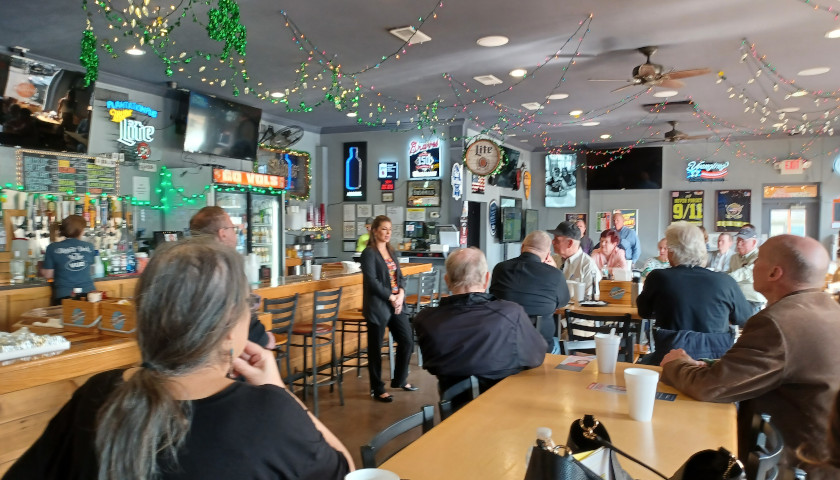 As The Star has reported, both Ortagus and Robby Starbuck (whose legal name is Robert Starbuck Newsom) may not make it on to the August 4 Republican primary ballot. Sources tell The Star the Republican “bona fides” of both candidates have been formally challenged by Republicans who reside in the Fifth Congressional District. Those challenges have been filed with the Republican Party of Tennessee, and are likely to be adjudicated shortly after the April 7 filing deadline.

In addition, the Tennessee State Senate passed a bill last week that would disqualify anyone who has not been a resident of the state for three years from qualifying for either the Republican or Democrat primaries to represent Tennessee in the U.S. House of Representatives. A version of that bill passed a key Tennessee House subcommittee this week.

While he has yet to make a public decision, sources have told The Star that Maury County Mayor Andy Ogles is planning on entering the race. State Senate aide Tres Wittum is also considering whether or not to enter the GOP field.

The deadline to file qualifying petitions is noon on April 7.

Aaron Gulbransen is a reporter at The Tennessee Star and The Star News Network. Email tips to [email protected] Follow Aaron on GETTR.