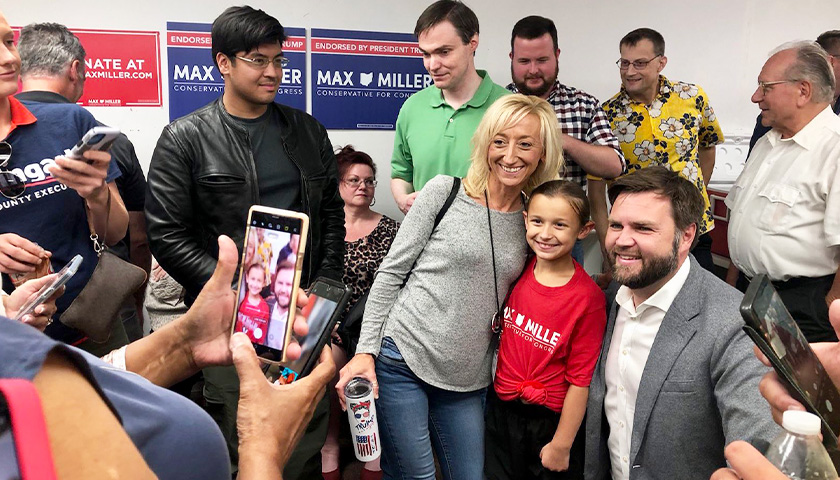 The gesture doesn’t very closely resemble the Sieg Heil gesture that German fascists made to signal adherence to Adolph Hitler in the 1930s and 40s, in which saluters held all their right-hand fingers side-by-side. Progressive pundits nonetheless exclaimed, with varied degrees of self-assurance, that Trump supporters were adverting to either Naziism or the conspiracy-trafficking QAnon movement or both.

Ohio to Hold Its First Statewide March for Life in October