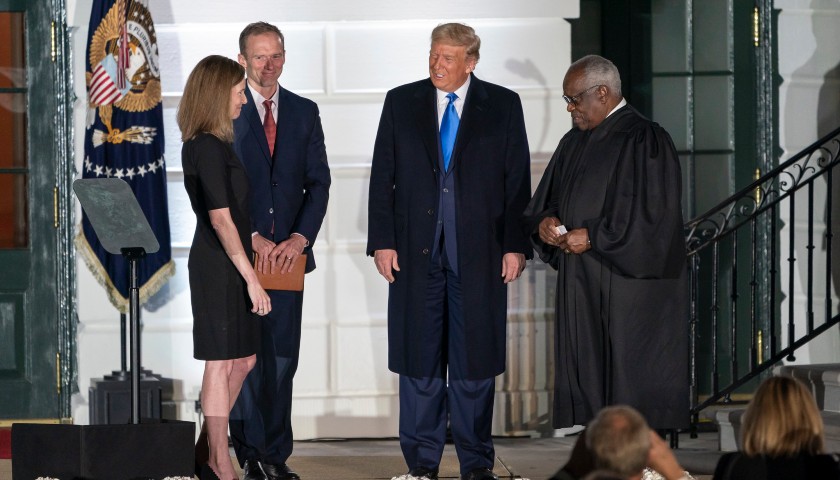 The U.S. Senate has confirmed Justice Amy Coney Barrett to the U.S. Supreme Court by a vote of 52 to 48, creating a new 6 to 3 majority of Republican-appointed justices on the nation’s highest court—and the Democratic Party is in an absolute panic over the outcome.

Almost as soon as Ruth Bader Ginsburg passed away, Democrats were already threatening to abolish the filibuster in order to amend the Judiciary Act of 1869 and pack the Supreme Court — increasing the threshold way beyond the current nine justices set by law.