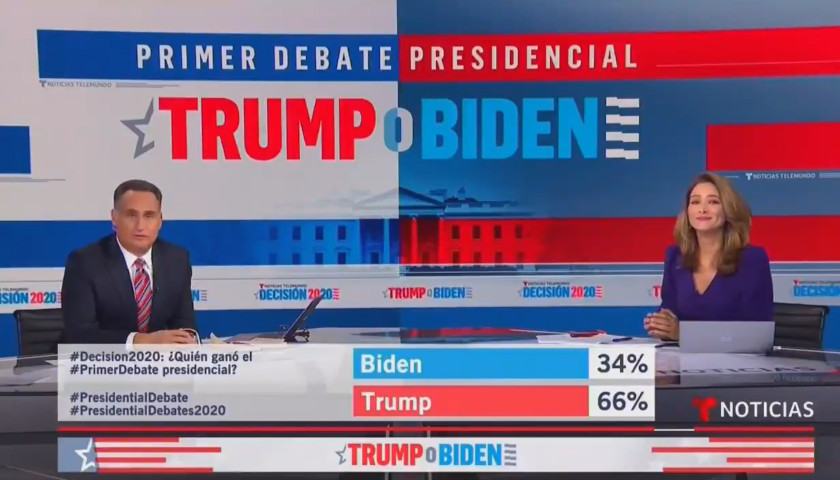 A majority of Spanish speaking viewers of Telemundo think President Trump won the presidential debate Tuesday night with Democratic challenger Joe Biden, according to a poll by the cable TV network.