Although Governor Mike DeWine chose to accept the $300 per week per out-of-work Ohioan offered by President Donald Trump in enhanced unemployment benefits, the Ohio Republican has decided to decline to add an additional $100 per week suggested by the White House.

“We are going with the second option provided: $300 additional benefit with no additional state contribution,” said Dan Tierney, Governor DeWine’s Press Secretary in an interview with The Ohio Star.

Tierney continued, “the Governor is appreciative the President took action on the issue, and he remains hopeful Congress will come to an agreement on authorizing additional unemployment benefits.” 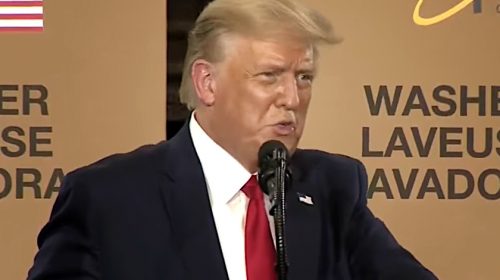 Skeptics doubt President Trump has the authority to order the payments. A memorandum issued by the White House lists previously allocated Coronavirus relief funds and disaster relief funds as the source of payments. The memo cites the following as the basis for the orders:

By the authority vested in me as President by the Constitution and the laws of the United States of America, including the Robert T. Stafford Disaster Relief and Emergency Assistance Act, 42 U.S.C. 5121-5207 (the “Stafford Act”), and in light of Proclamation 9994 of March 13, 2020 (Declaring a National Emergency Concerning the Novel Coronavirus Disease (COVID-19) Outbreak), which declared a national emergency by reason of the threat posed by the outbreak of the novel (new) coronavirus known as SARS-CoV-2.

Governor DeWine’s refusal to round out the supplemented benefits with matching state funds stems from the claim by Tierney that doing so would require time and approval from the Ohio General Assembly.

Logic could also conclude the extra $100 a week for each out-of-work Ohioan would put more pressure on the overburdened state budget which has already sloughed off $775 million in spending.

In the beginning of Ohio’s response to COVID essential and non-essential businesses were chosen by bureaucrats inside the DeWine administration. As businesses began to reopen in May, significant segments of the Ohio economy were left in lockout or a phased and slow reopening – restaurants, bars, barbers, massage therapists, gyms, daycare centers and other businesses deemed nonessential.

Businesses struck back by filing class action lawsuits. As previously reported, “the 1851 Center for Constitutional Law, working on behalf of 35 independent gyms, struck a significant win for their right to exist.”

Since Judge Eugene Lucci’s decision in the Lake County case, other Ohio judges have ruled in favor of sports complexes, restaurants, and daycare centers – to name a few.

Despite courts ruling in favor of businesses, enterprises around the state continue to suffer financially.

The 2019 state budget estimated tax receipts from which the Ohio Office and Budget and Management (OBM) Reports. OBM’s July Monthly Revenue Report displays three tax receipt areas most impacted by COVID and lists tax receipts-to-budget from April to July 2020. Based on that data, tax receipts are under budget as follows:

The above numbers would have been worse were it not for postponement of the 2019 income tax filing deadline, the federal $1,200 stimulus payment and the $600 federal expanded unemployment benefit.

Schools and sports related businesses are crossing their fingers as Governor DeWine and Lt. Governor Husted hash out direction to schools and regulations imposed on sports.

College football is off the docket, at least compared to the traditional start – a gut punch from both an entertainment and revenue vantage point.

High school teams await their fate – while people surrounding the programs scramble to calculate the economic consequence of zero ticket, concession and sundry sales, which will mean more grim days ahead for schools and enterprises that rely on them.