COLUMBUS, Ohio – Governor Mike DeWine said on Tuesday that “all Ohioans should be alarmed” with the trajectory of the state’s COVID numbers.

This is best exemplified by one of Tuesday’s cases coming from January 22, according to the .csv file found on the state COVID site.

DeWine said that lives are at stake and that he also worries about hospitals starting to fill up – claiming hospitalizations are at the highest point since the state started intervening with public health measures. 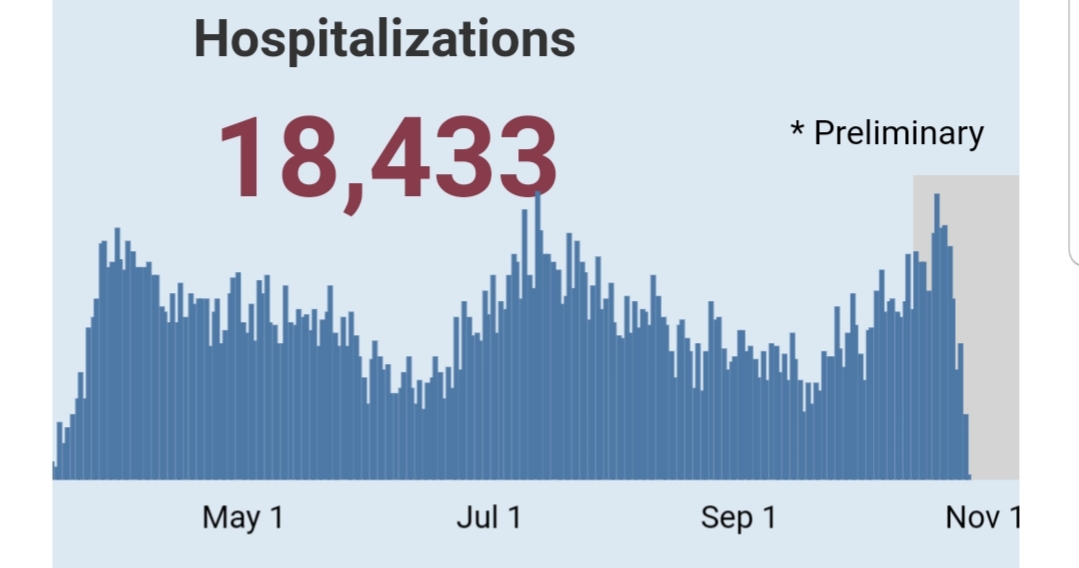 Deaths peaked on April 28 at 64 and have not come close to the high point since.

Deaths by date of death (per the .csv file) over the past five days are as follows: 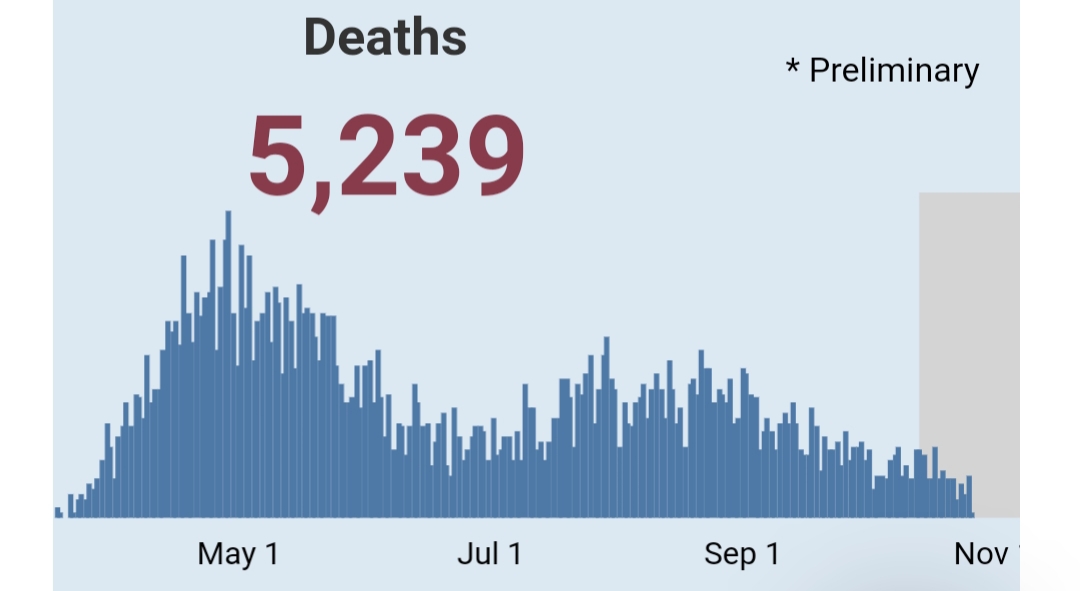 Ohio does not deviate from the CDC definition of a COVID death, which makes no distinction between a death from COVID and a death from something else but COVID or “suspected COVID” present on the death certificate.

DeWine said that he would schedule zoom calls with community leaders in each of Ohio’s high incidence counties – 82 of 88 counties.  High incidence is a term used by the CDC for areas that have greater than 100 positive cases per 100,000 people. 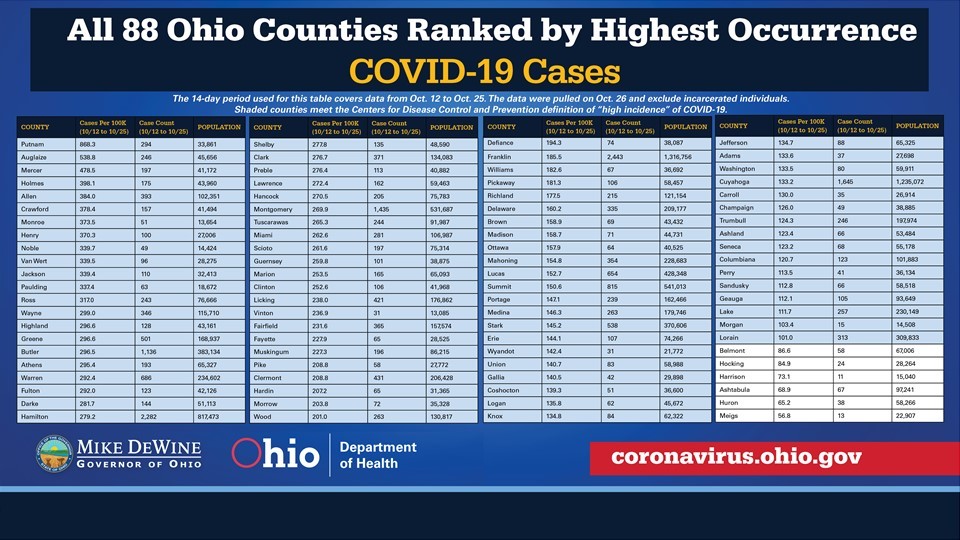 The Star recently reported that the federal government-supplied BinaxNOW tests the state is using in schools, nursing homes and other places are antigen tests – the same type of test that returned a false positive for DeWine.

Additionally, the U.S. Food and Drug Administration (FDA) granted emergency use authorization for the tests but with several requirements – one being test takers have their health histories considered in order to limit false positives and negatives. BinaxNOW tests can detect non-contagious COVID, bacterial infections and other viruses.

However, unlike the governor, NFL players or college football coaches, average Ohioans are not routinely administered second tests to undo any false test the first time.

Consequently, a high school golfer and football teams were denied the chance to compete despite being healthy.

In fact, one anecdotal report The Star received from the parent of an Ohio high school student told the story of how the high schooler was forced to quarantine but opted to take a COVID test that returned negative. However, the student was told the negative test would not eliminate the order to be locked down.

The Star sent an email to The Ohio Department of Health (ODH) inquiring about whether the steps the U.S. Food and Drug Administration requires the state to follow are being adhered to.

ODH Press Secretary Melanie Amato responded: “There were multiple communications from the federal govt. to the facilities that received both the POC [point of care] machines as well as the Binex cards [BinaxNOW tests], including instruction on use, requirements, as well as resupply.”

Local health departments are charged with following the FDA guidelines. It is not clear if there is a state-level audit on local departments to ensure compliance.

The next COVID briefing is scheduled for Thursday at 2:00 p.m. EST.