A leaked, official document sent to all U.S. “Diplomatic and Consular posts” encourages officials to display signs of support for the Black Lives Matter (BLM) agenda.

The document provides officials within the department “talking points” on how to handle and discuss the anniversary of the killing of George Floyd in Minnesota on May 25th last year. 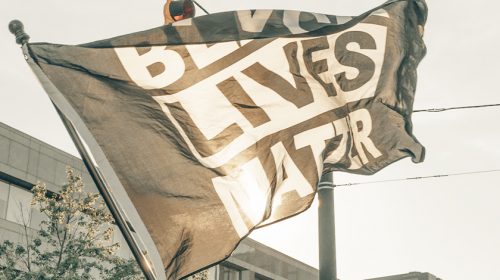 “The Department supports the use of the term ‘Black Lives Matter’ in messaging content, speeches, and other diplomatic engagements with foreign audiences to advance racial equity and access to justice on May 25 and beyond. We encourage posts to focus on the need to eliminate systemic racism and its continued impact,” the document reads.

The memo even creates a unique authorization for officials to fly the Black Lives Matter flag on flagpoles at official State Department locations.

“This cable constitutes a blanket written authorization for calendar year 2021 from the Under Secretary for Management (M) to display the BLM flag on the external-facing flagpole to any Chiefs of Mission who determine such a display is appropriate in light of local conditions,” it continues.

The end of the document encourages officials to utilize Department of State resources. “Posts are strongly encouraged to make full use of Department and Interagency tools and resources to promote policy objectives to advance racial equity and support for underserved communities throughout the year, including with a particular focus on May 25,” the memo says.

The document sent out by the Biden administration largely ignores widespread concerns many Americans have demonstrated with the BLM movement. For example, a co-founder of the organization identified herself as a “trained Marxist.”

Additionally, the memo does not mention the repeated riots, supported by the group, that took place during the summer of 2020.

The group’s popularity has been continuously declining among voters throughout the country.