Last-minute changes to major antitrust legislation working its way through the House appears to exempt several Big Tech companies from being affected by its regulations.

The legislation, which has been months in the making and was crafted to take on Big Tech monopolies, targets a handful of companies while excluding others that also have massive market power, a leading expert told the Daily Caller News Foundation. Existing federal and state antitrust law already prohibits a wide range of anticompetitive business activity across all industries like unlawful mergers and monopolization.

“Antitrust law is generally applicable,” Berin Szoka, president of technology policy think tank TechFreedom, told the DCNF in an interview. “That is its chief virtue, which means that it doesn’t pick winners and losers.”

“But this, by design, is Congress deciding who gets punished and who’s favored,” he continued. “That is inherently problematic.”

House Judiciary Committee Democrats, along with a few of their Republican colleagues, unveiled multiple pieces of antitrust legislation in June, which they said would bolster existing antitrust laws and cripple the alleged tech monopolies Amazon, Facebook, Google and Apple. If enacted, the legislation would give prosecutors sweeping power to break up the tech companies.

The bills set strict criteria to determine which platforms would be subject to their proposed regulations. To be covered, a platform must have a certain number of U.S.-based active monthly users (MAU) and its owner must have a set minimum market capitalization, or market value in dollars.

A service must also fall under the specific definition of what the legislation defines as an “online platform.”

However, between the time Democrats released the bills on June 11 and the time the committee held a markup hearing for the legislation on June 23, the MAU criteria and definition of an “online platform” had been altered. The MAU had been changed from 500,000 to 50 million while the definition of online platform was changed from “operating system” to “mobile operating system.”

Szoka said the last-minute changes were made to ensure that the vast majority of tech services outside of those produced by Amazon, Facebook, Google and Apple wouldn’t be affected. He noted that the changed bills favored Microsoft, a tech company with enormous market power, since its massive operating software Windows isn’t a “mobile operating system” and its gaming service Xbox Live doesn’t have more than 50 million U.S.-based MAU.

“There’s no substantive reason to [make these changes]. It’s totally unjustifiable,” Szoka told the DCNF. “They’re simply picking winners and losers by parsing the definition that finely and the central problem here is they call this antitrust.”

He added that the criteria for what could be considered a covered platform was set to punish the four big tech companies simply because they are big. Several Judiciary lawmakers on both sides of the aisle noted how the changes benefited Microsoft during the committee’s markup hearing Wednesday. 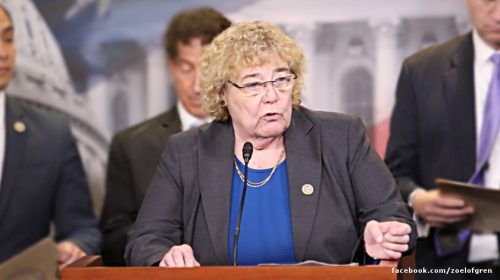 “The exemption of Windows is a major exclusion from the bill, and the lack of a cloud provider being a part of the online platform definition really protects Microsoft’s integration of Windows and Office 365 and other cloud services,” Democratic Rep. Zoe Lofgren (pictured right) said.

“I would note, also, that the change in the threshold protected their growing effort on Xbox, which will be protected because of the change in valuation,” she continued. 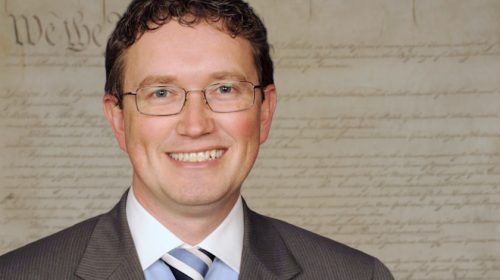 During the hearing, Republican Rep. Thomas Massie (pictured left) said he had received a whistleblower document that appeared to show Microsoft received an advance copy of the legislation before he and the other committee members. The document, which the DCNF obtained, is an original version of the Platform Competition and Opportunity Act, one of the bills introduced, and has a digital watermark that says “CONFIDENTIAL – Microsoft,” Massie said.

“We did not seek to be excluded from the bills,” Microsoft spokesperson Jennifer Crider told the DCNF last week. 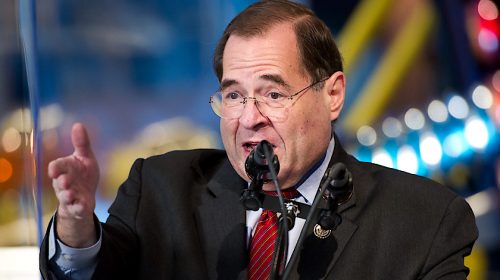 In October, Judiciary Committee Chairman Jerry Nadler (pictured right) and Rep. David Cicilline (pictured above), who chairs the Judiciary Antitrust Subcommittee, spearheaded a partisan report that singled out Amazon, Facebook, Google and Apple. The four companies are the kinds of monopolies that haven’t been seen since the “era of oil barons and railroad tycoons,” the report said.

But the report made few references to Microsoft and never suggested that it should be targeted or broken up like the big four companies.

To avoid picking winners and losers, Szoka suggested that Congress takes a broader approach. Antitrust legislation shouldn’t be written with the sole purpose of breaking up specific large companies.

Rather, such bills should target companies that provide a service with an outsized market share, according to Szoka. That way large companies like Microsoft, Twitter, Tesla and Samsung wouldn’t be able to skirt regulations.

“But [Congress doesn’t] want to do that,” he continued. “Because they want to have bright line rules that apply these burdens to these four largest companies.”