NASHVILLE, Tennessee – When I think of what country music ought to sound like, a voice like Emily Ann Roberts’ comes to mind. I suppose part of the reason she sings and talks “right” to me is that she was raised in Knoxville, Tennessee, not too far from where I was reared.

Naturally, I wanted to learn more about this gifted Tennessee girl.

Roberts started singing in her car seat at three years of age. She remembered singing along to Ricky Skaggs Soldier of The Cross, Patty Loveless Mountain Soul, and The Dixie Chicks Fly. 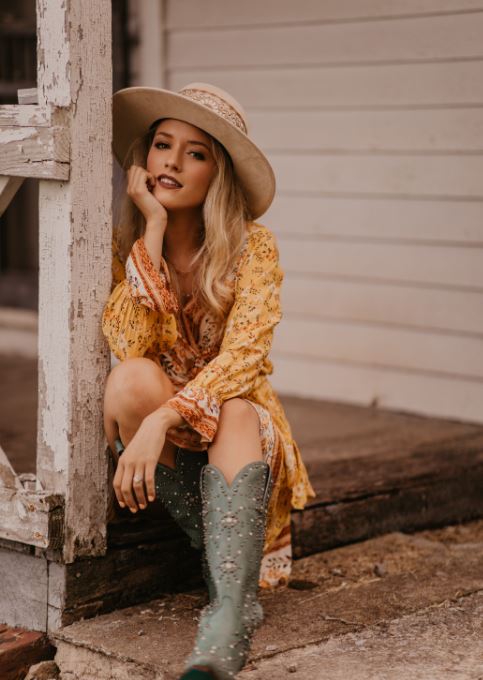 “I was really influenced by them growing up. I’m thankful my parents played good music. I vividly remember learning how to sing and pick out harmony parts listening to Ricky Skaggs’ Soldier of the Cross album. That album made me fall in love with country, bluegrass, and gospel music. These old records have made me the artist that I am today,” she said.

And while she admitted that she has never had formal voice lessons, she has always been able to hear and sing the music effortlessly. She loves singing harmony and singing in church was the perfect place to practice her craft.

In 6th grade, she and a friend tried out for a talent show. They didn’t make it to the competition, but the teacher advised her to learn an instrument to help her chances for the next time. That started her practicing guitar daily, and by 7th grade, Roberts won the talent competition.

She reported, “It may sound silly, but winning that talent show in the 7th grade lit a fire in me and made me want to perform everywhere I possibly could.”

By the time she was in 8th grade, she had the opportunity to play on a radio show called “The Blue Plate Special” on WDZX. As a frequent listener, it was a big deal to be asked to play.

She thought, “I can’t go on this radio show and not have an original song.” And though she was scared to sing her own music, she did it, and thus was the beginning of Roberts’ songwriting career.

Fast forward to February 2015. Roberts’ dad got an email from a casting producer from NBC’s The Voice regarding a YouTube video of 16-year-old Roberts singing Carrie Underwood’s “Something the Water.”

They were invited to attend Atlanta, Georgia, for a callback audition. The opportunity fell in her lap, so she pursued it. A few months later, she was on her first plane ride flying from Knoxville, Tennessee, to Los Angeles, California to do a blind audition on The Voice.

For her audition, she sang Leann Womack’s “I Hope You Dance.” Roberts covered Patsy Cline, The Chicks, and Cam’s “Burning House” for the finale.

Roberts also sang two of Dolly Parton’s songs, “9 To 5” then “Islands In The Stream” with her coach, Blake Shelton. Growing up not too far from where Dolly was raised, Roberts sounds more like Dolly than anyone I’ve ever heard.

“Other people have told me that. She is one to look up to for sure,” she gushed.

However, the season that Roberts was on The Voice was also the same season as the remarkable Jordan Smith.

“He was a freak of nature,” she chuckled. “The first time I heard him sing, I knew he had won.  He is insane, but he’s as good as gold. It makes it even better that he is such a great guy.”

Nevertheless, the teenaged Roberts was perfectly on pitch, with a pure country vocal that was hard to beat. In any other season besides that one, she would very likely have won. Coming in second that year was a huge accomplishment by anyone’s standard.

“It was a crazy experience. I had a lot of people praying for me. I owe the peace I had to the Lord,” she said.

After The Voice, Roberts returned to Tennessee, where she finished high school a year early so she could pursue her music career full-time. She started working with Starstruck Entertainment who also manages Shelton. They helped her with her songwriting and connected her with the people she needed to know in the industry.

Roberts toured until COVID shut down the world. “I’m thankful that the only job I’ve had to have is music,” she said.

She recorded her first EP in 2018 and two gospel records as well.

In 2020, during the pandemic, Roberts married her high school sweetheart, Chris. She’s known him since my sophomore year before she went on The Voice, and though not a musician, he has been with her every step of her musical journey.

The songs “Stuck On Me + You” and “Whole Lotta Little” are just two songs that her adoring husband has inspired.

Roberts wrote her latest release, “The Building” with Grammy-nominated and Dove Award-winning musician, Michael Farren. The song may be a career-defining hit for Roberts because it is relatable on many levels. It is autobiographical about her hometown church, and the tune is appropriate for Country or Christian radio. The purity of Roberts’ vocals strengthens the sincerity of the song.

“[This song] has been the biggest blessing to me and not just because others have liked it, but because I don’t think I have ever had a song that is so my story,” she said.

Farren read what Roberts had written about her home church on Instagram, and he told her, “I think there’s a song in that.”

It so happened that her great-grandfather pastored the West Lonsdale Baptist Church, and her Nana was the church secretary after that. Naturally, her dad grew up in the church, and her mom and dad met each other during Vacation Bible School.

The chorus soothes with the lyrics I know the stained glass never saved a soul/ And these pews ain’t on the roll that’s called up yonder/ I know the pulpit’s just a wooden stand/ But it’s felt the power of God’s hand/ As His glory filled the place with awe and wonder/ I know it’s just a building, plain and simple white/ But it’s the building where Jesus changed my life.

It’s truly one of the best-written songs I have ever heard, and it touches me in a very personal way.

And while songwriting is important to her as an artist, Roberts most loves singing, entertaining, and connecting with people. But the more she writes, she becomes fonder of it. Now she is glad she doesn’t have to choose.

“When I write a song, I envision singing it to thousands of people and sharing the story,” she confessed.

Being one of the most country-sounding females I have featured recently, she admitted, “I’ve been discouraged the past couple of years when I listen to country music, but I’m thankful there is an audience who still wants to hear that older true country sound.” 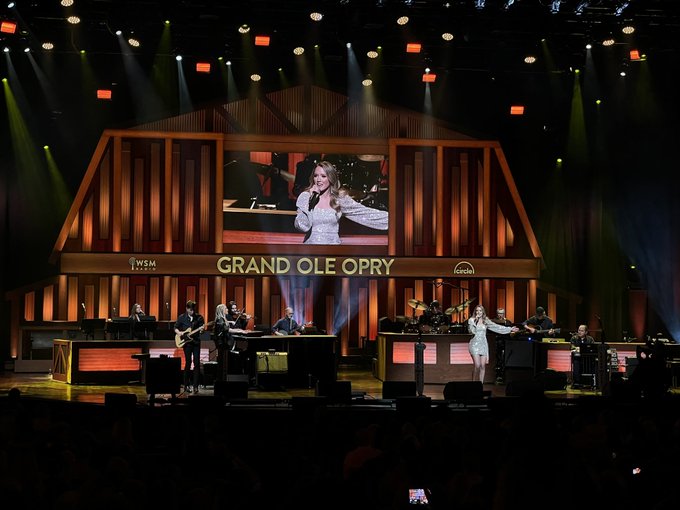 And many country artists have a strong gospel background. I think of Hank William’s singing “I Saw the Light” and Kris Kristofferson singing “Why Me, Lord?” to name a few. Roberts’ “The Building” is set to become iconic as these. I am impressed that one as young as Roberts is so effective at using her God-given talent to reach such a vast audience.

Besides all the music she has recorded and released, Roberts has played the Opry 16 times and was named as one of Rolling Stone Magazine’s “Best Acts of CMA Fest 2019. She has opened for artists such as Reba McEntire, Blake Shelton, Sara Evans, Josh Turner, Scotty McCreery, and Ricky Skaggs.

In the meantime, Roberts has been in the studio with Trent Willmon working on new music that she will be releasing and playing as she tours this spring and summer.