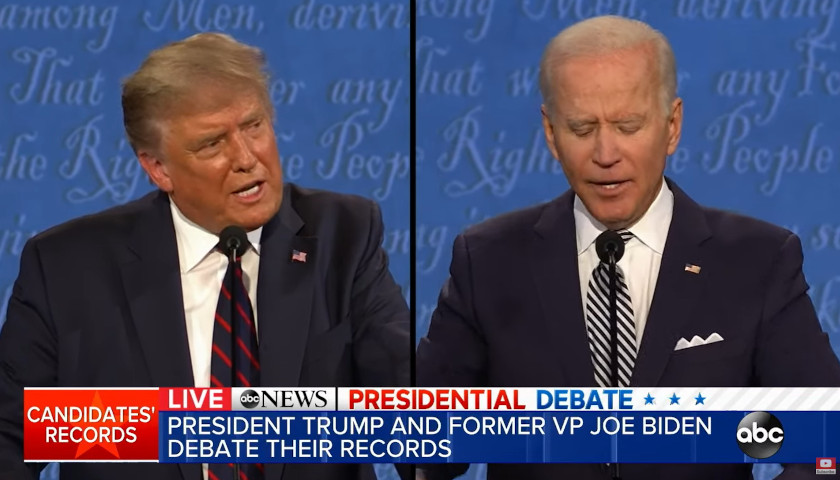 The crucial moment in Tuesday night’s debate was near the end when Joe Biden invited President Trump to throw the Proud Boys under the bus, and the president refused to do it. The president was asked by moderator Chris Wallace “to condemn white supremacists and militia groups and to say that they need to stand down and not add to the violence in a number of these cities as we saw in Kenosha and as we’ve seen in Portland.” Trump replied, “Sure, I’m willing to do that,” but then added that “almost everything I see” in terms of violence “is from the left-wing, not from the right-wing. I’m willing to do anything.… I want to see peace.”