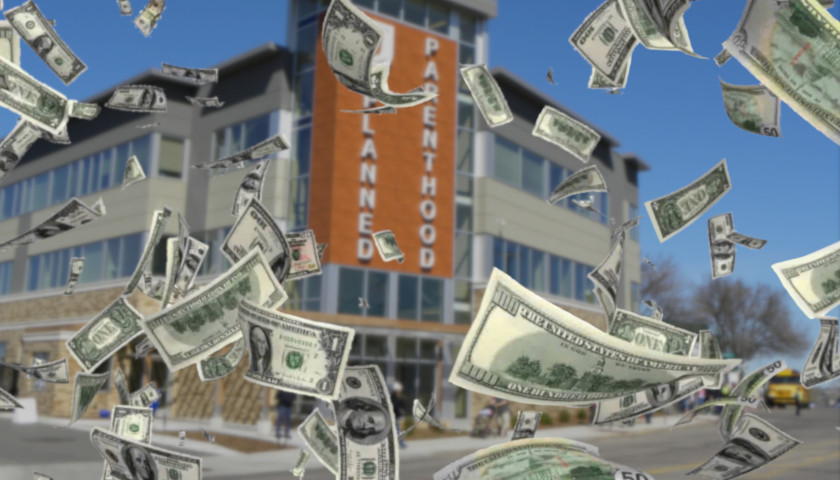 On Wednesday, the far-left pro-abortion group Planned Parenthood that it would be spending a record total of $50 million on the midterm elections this year, with the stated goal of electing as many pro-abortion candidates to office as possible.

The Daily Caller reports that the statement was released by Planned Parenthood Votes, one of the political advocacy groups in the broader orbit of the main Planned Parenthood organization. The statement declared that the historic sum would be “strategically used to elect abortion rights champions” in the aftermath of the decision earlier this year by the Supreme Court to overturn Roe v. Wade, which returned the issue of abortion back to the individual states to be decided. 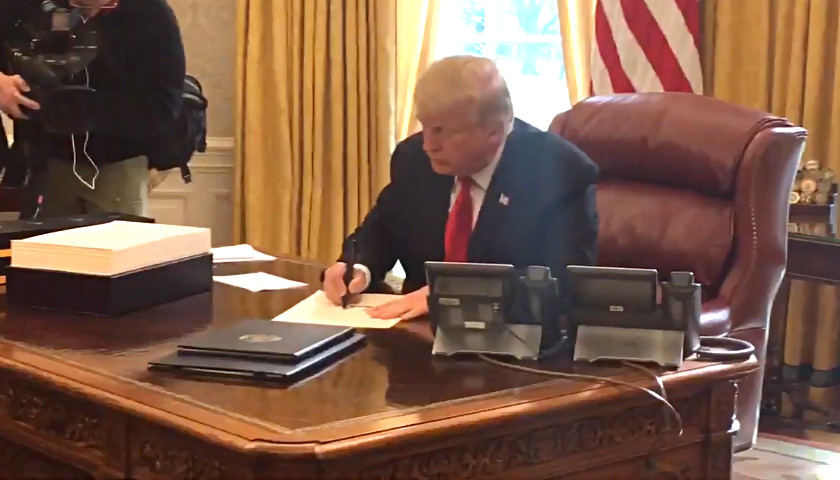 Whatever one thinks about President Donald J. Trump’s personality, his policies were the most conservative reforms that America has seen since President Ronald Wilson Reagan left office — and perhaps even before he arrived. 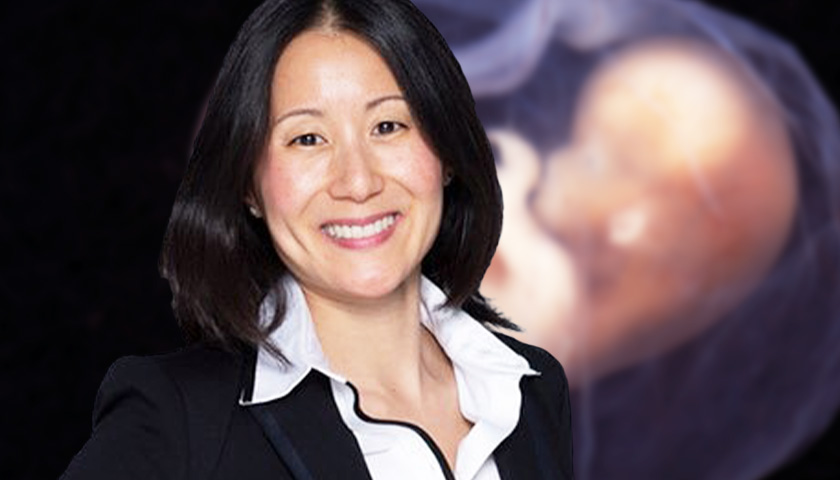 In an interview Wednesday, the president of USA Gymnastics announced plans to boycott states that have limited abortion because pro-life views do not align with USAG’s values. 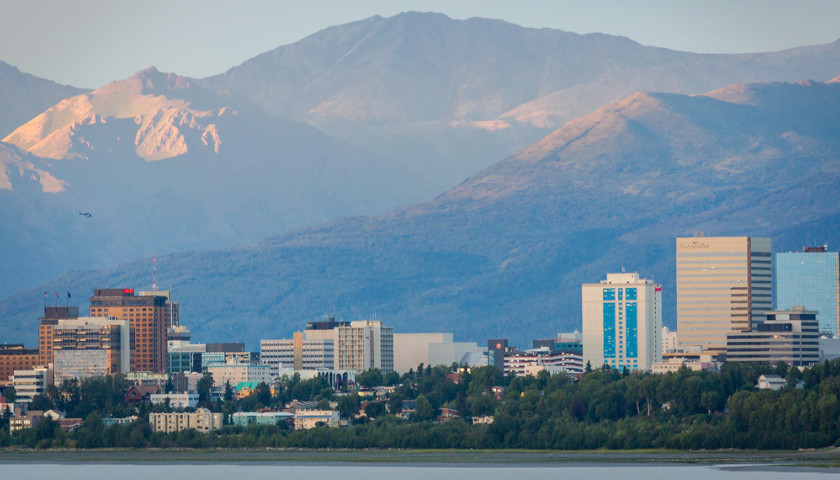 My wife and I recently were out for our morning walk and she commented on how weird inflation is. Some prices are sky high, she observed, while others have barely budged.

A carton of eggs is up 33 percent over the last year, while tomatoes haven’t changed at all. Airline flights are through the roof, but the cabin we rented on our last vacation was several hundred dollars less than in previous years. Our electric bill is soaring, but her personal care products and my son’s new sneakers were about the same (or less) than what she had previously paid. 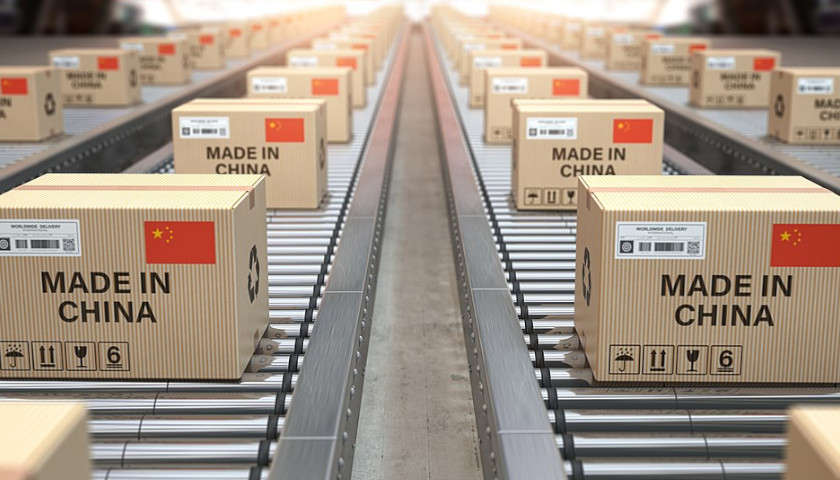 With China’s decision to close negotiations with the U.S. following House Speaker Nancy Pelosi’s Taiwan visit, it’s fair to ask how the U.S.’s rapport with the People’s Republic got to this tense point in the first place.

The actor Dennis Quaid said his involvement with cocaine had three stages: “the fun, the fun with problems, and then just the problems.” 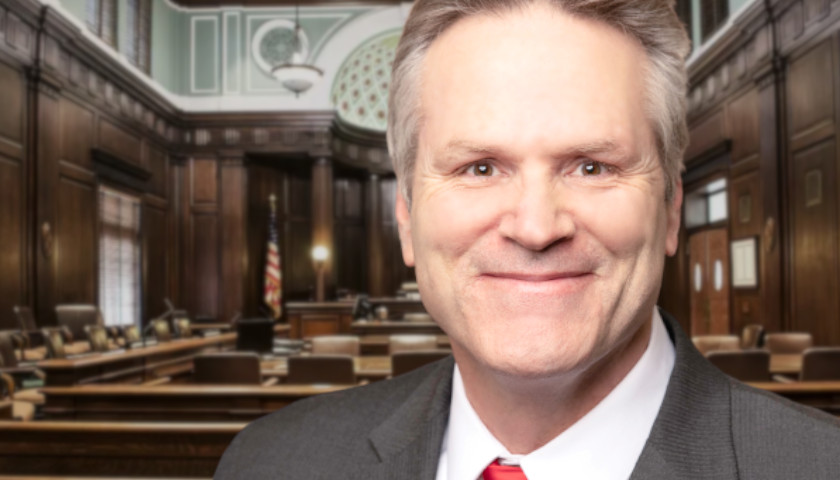 Republican Gov. Mike Dunleavy of Alaska filed a complaint in Alaska’s United States District Court to compel the Department of the Interior (DOI) to take responsibility for hundreds of contaminated areas that the federal government transferred to Alaska Natives.

Dunleavy and the state of Alaska filed the lawsuit in mid-July as a last resort after the DOI allegedly ignored calls to identify and clean up 650 former federal military installations, oil drilling sites and other projects that are contaminating Native Alaskan lands, according to court filings. Despite the Biden administration’s emphasis on securing “environmental justice” for minority communities, the DOI’s Bureau of Land Management (BLM), nor any other associated federal agency, is taking responsibility, the lawsuit alleges, allowing pollution and toxic waste to creep into natives’ food and water systems. 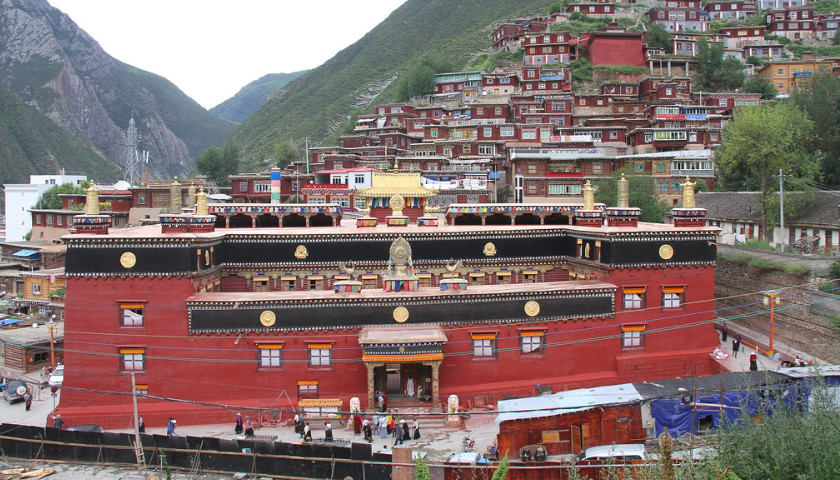 China imposed sweeping power cuts to households and factories in Sichuan province, including those belonging to major electronics companies where drought conditions have strained the region’s hydropower-based energy production capacity.

Water levels at hydropower reservoirs that supply the province of 94 million people have fallen by as much as 50% in August as China faces its largest heatwave since 1961, the AP reported, citing data from the Sichuan Provincial Department of Economics and Information Technology. After the provincial government ordered solar panel, cement, electronics and fertilizer factories to reduce power consumption, many shut down or reduced operations. 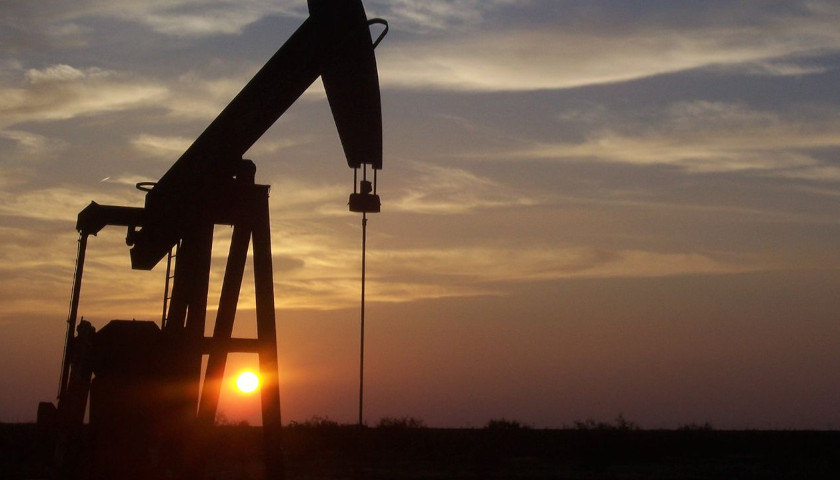 The 5th U.S. Circuit Court of Appeals on Wednesday threw out a lower court’s order that would have stopped the Biden administration’s moratorium on new oil and gas leasing on federal lands, according to court filings.

The 5th Circuit court appeals court vacated the Louisiana district court’s decision to block the Interior Department’s (DOI) leasing pause after Louisiana and a dozen other states filed a lawsuit against the administration, arguing that they would suffer injury from the policy, according to legal documents. The federal court determined that the lower court’s directive does not specifically outline what the Biden administration is and is not permitted to do. 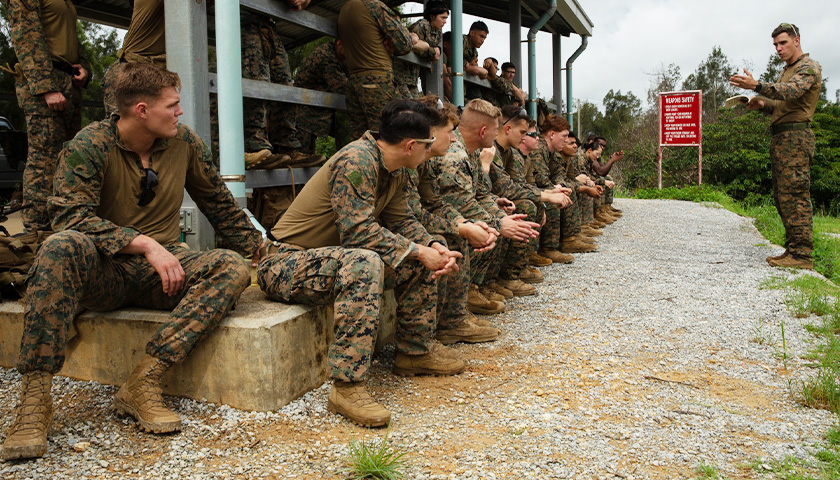 Merryday did so when issuing a 48-page ruling Thursday in which he granted class action status for all active and reserve U.S. Marine Corps service men and women in a lawsuit filed against the Secretary of Defense over the department’s COVID-19 vaccine mandate. 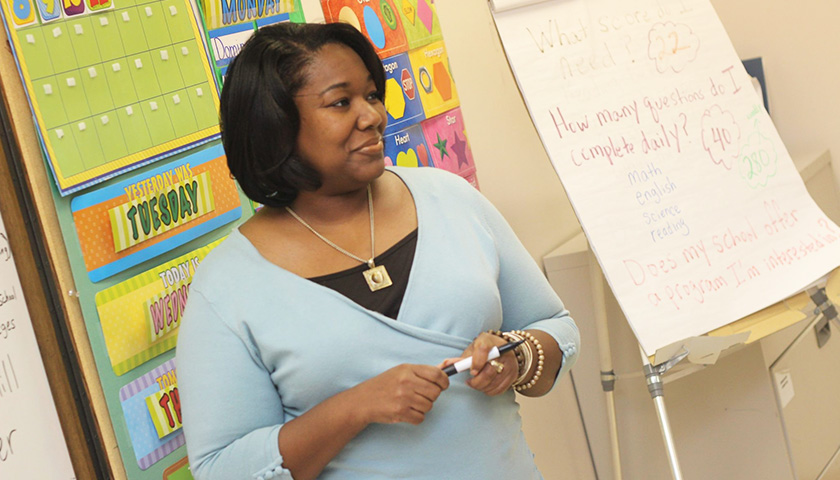 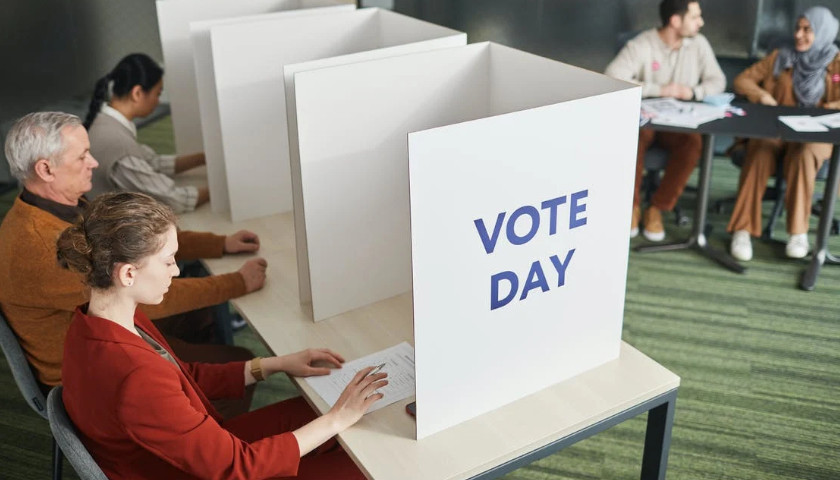 by Jack Fitzhenry and Hans von Spakovsky   With primaries underway and with midterms and other fall ballot contests looming, multiple states are demonstrating a commitment to ensuring that their elections remain worthy of public confidence. Since 2021, The Heritage Foundation has been tracking the content of every state’s laws… 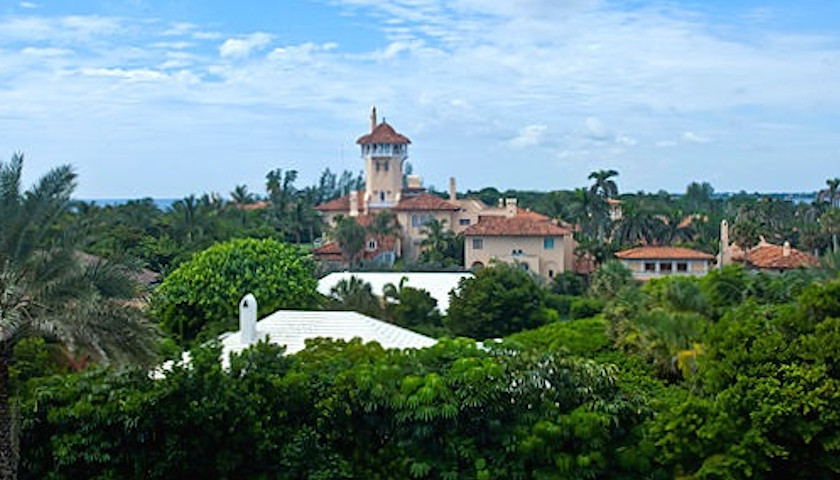 “There’s so much we don’t know!” says any liberal losing an argument about the dramatic FBI raid last week on Mar-a-Lago, Donald Trump’s Palm Beach residence and private club.

There are, indeed, some things that we do not know, but what we do know is already quite revealing. We know that the raid – which involved 30 FBI agents and three Justice Department lawyers – lasted over nine hours and was by day’s end reclassified as a “search” by all government agencies and the entire legacy media. We know that this supposed “search” was personally ordered not by FBI Director Christopher Wray, but by Attorney General Merrick Garland, a highly partisan Biden Administration appointee who has implied that parents objecting to critical race theory in public schools are domestic terrorists, and who refused to provide home security protection to Supreme Court justices in the majority of the recent ruling to overturn Roe v. Wade. 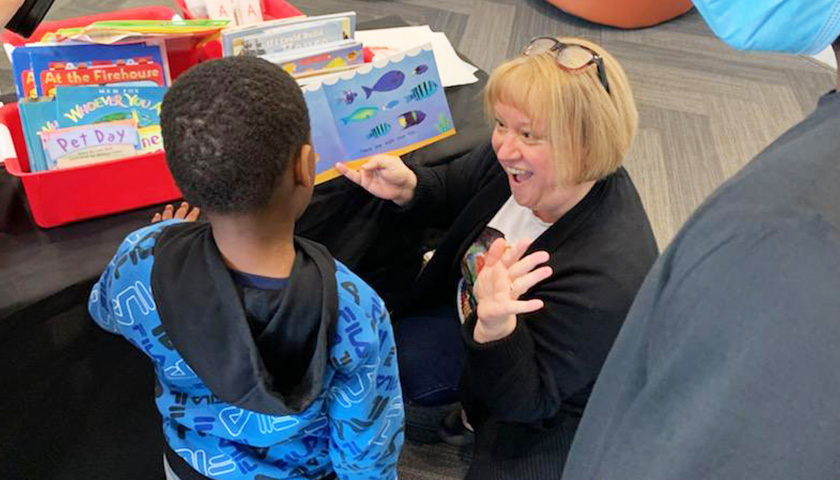 Teachers in Ohio’s largest school district are prepared to continue negotiations over the weekend but have scheduled a Sunday meeting for a vote on a potential strike.

After 12 hours of negotiating Thursday, the Columbus City Board of Education made what it called its final contract offer, which teachers called substantially unchanged from their most recent. 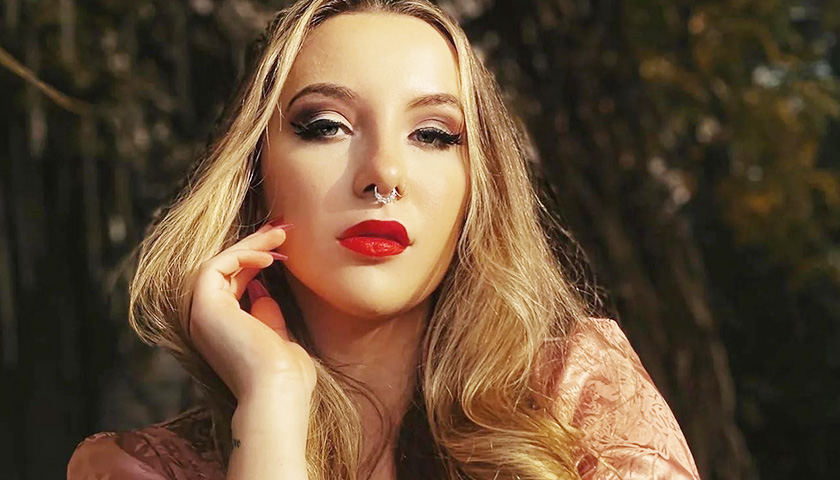 Bailey James’ new single “Don’t Need Ya,” was written and produced by the incredible Nolan Neal Seals of The Voice and America’s Got Talent, who recently passed away. 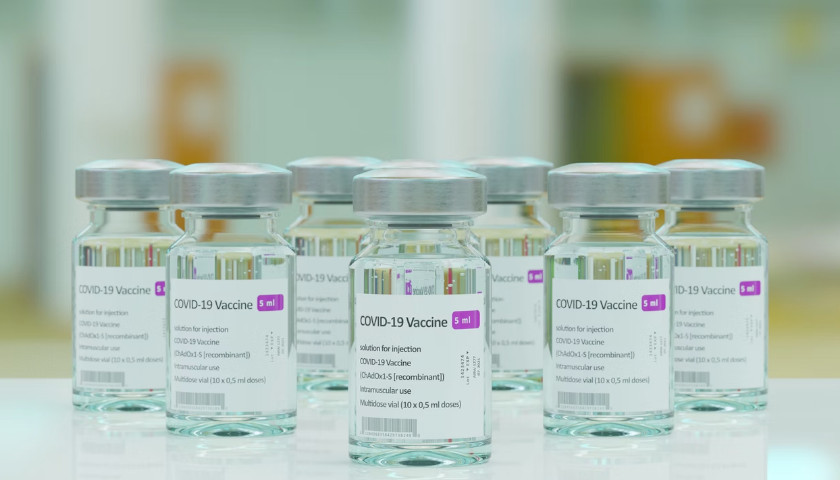 The Biden administration plans to stop buying vaccines, treatments and tests as early as this fall, with the hope of full commercialization of the products in 2023, White House Covid-19 Response Coordinator Dr. Ashish Jha revealed on Tuesday.

Speaking at an event sponsored by the US Chamber of Commerce Foundation, Jha said that the administration needs to get past the crisis phase of the Covid-19 pandemic in order for this to happen. 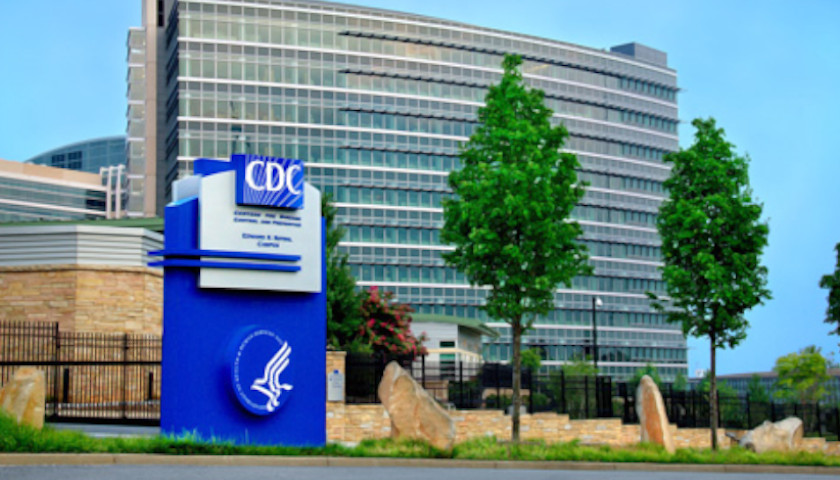 The Centers for Disease Control and Preventions on Wednesday announced changes to the country’s top public health agency, amid criticism about its response to COVID-19, monkeypox and other public health threats. 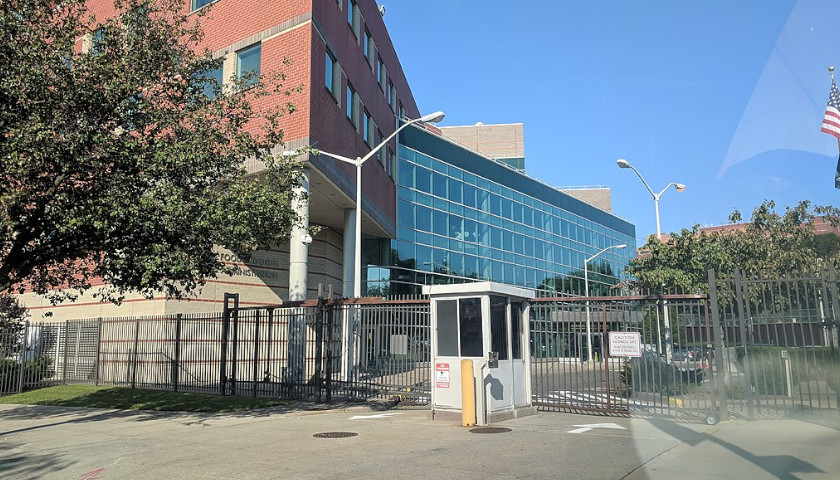 The U.S. Food and Drug Administration (FDA) on Wednesday approved a gene therapy for a rare blood disease which is set to reach the market at a record $2.8 million for a single dose, according to a press release by the therapy’s creator, Bluebird Bio.

Beta-thalassemia is an inherited blood disorder that causes a patient’s blood to fail to circulate oxygen through the body, according to the FDA press release concerning the approval. Bluebird’s new therapy, Zynteglo, infuses patients with cells that have a working copy of the gene responsible for the disorder, allowing the patient to produce blood that functions properly, according to a Bluebird press release. 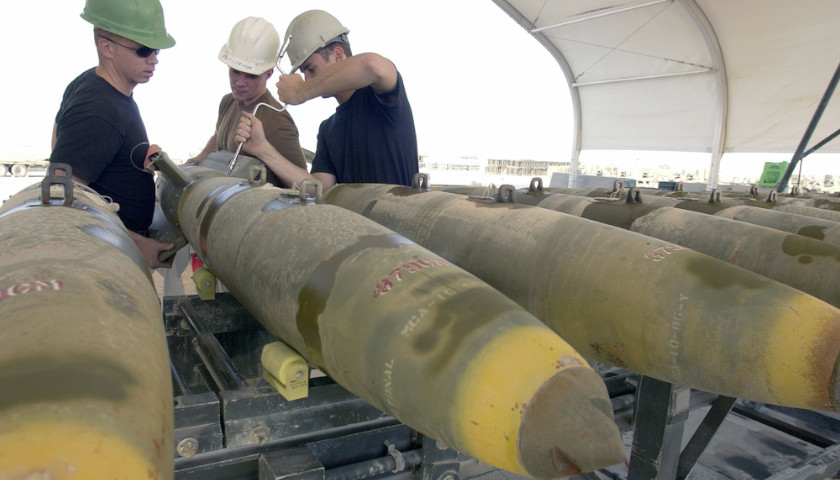 Americans are spending as much as $3,000 to get their names on Ukrainian weapons and munitions, according to a report by the Washington Post.

Ukrainian forces will scrawl messages on munitions used against Russian forces invading the country for as little as $30 on an 82mm mortar round, the Post reported. $3,000 could earn the donor a Ukrainian T-72 main battle tank named in their honor.