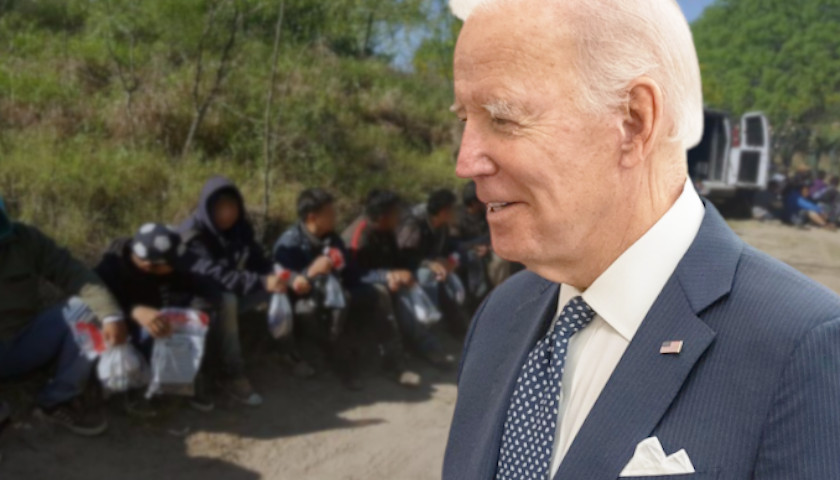 But some critics with regional expertise say Biden administration policies, which migrants have interpreted as an invitation to travel north, have severely worsened those root causes, destabilizing large swaths of Central America and Mexico. The torrent of people moving across the region has delivered billions of dollars to the coffers of human smuggling rings and the drug cartels that have taken advantage of America’s overwhelmed border patrol to deliver fentanyl and other deadly substances to the United States. 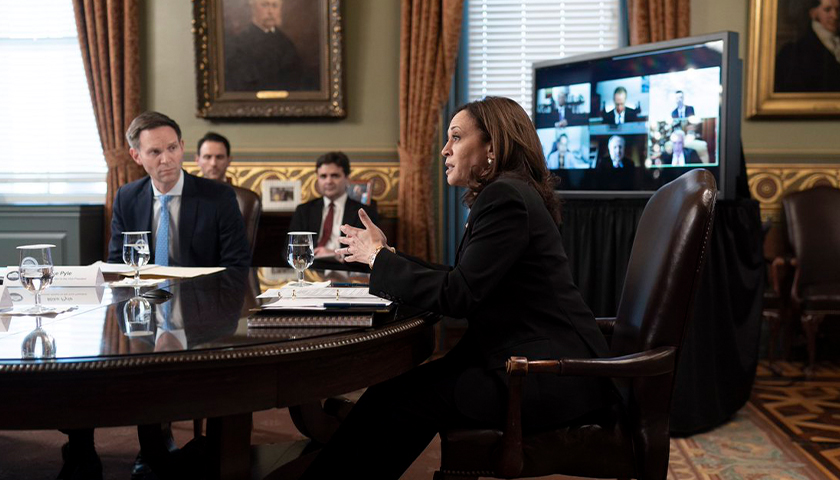 Vice President Kamala Harris is set on Monday to announce $540 million in private corporate investments in Central America’s Northern Triangle – a facet of the Biden administration’s plan to slow migration from the region by making it more livable.

The new funding is in addition to the $750 million in private sector dollars the vice president announced in May.

President Biden in the early months of his presidency tasked Harris with helping stem the flow of illegal migration across the U.S. southern border by addressing what the administration refers to as root causes including poverty, corruption, crime and natural disasters, prominent in the Northern Triangle, from which many of the migrants are now coming. 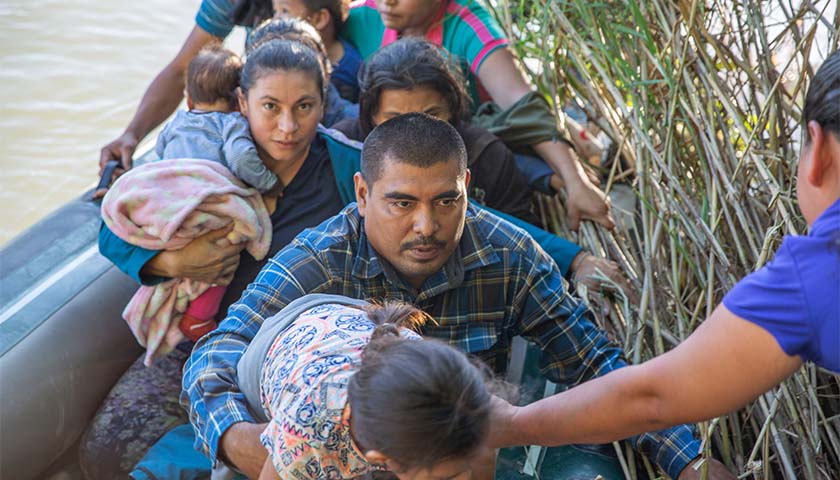 The ongoing mass illegal migration crisis is best understood as an existential conflict between two forces: Americanists vs. Transformationists. These forces, in turn, represent two competing regimes or ways of life. But first, let us review what has been going on at the U.S.-Mexico border since Joe Biden’s inauguration.

The September surge of thousands of illegal Haitian border crossers from Chile and Brazil camped under an international bridge in Del Rio, Texas is simply the latest debacle in the never-ending migration crisis. Month after month, day after day, the border between the United States and Mexico becomes more porous, more chaotic, more lawless, and more violent. Nine months after January 20 there is no end in sight as record numbers of illegal migrants pour into the United States. In early October both NBC News and the Daily Mail reported that, according to the Department of Homeland Security, up to 400,000 illegal migrants could cross the border this month, doubling the 21-year record set in July. 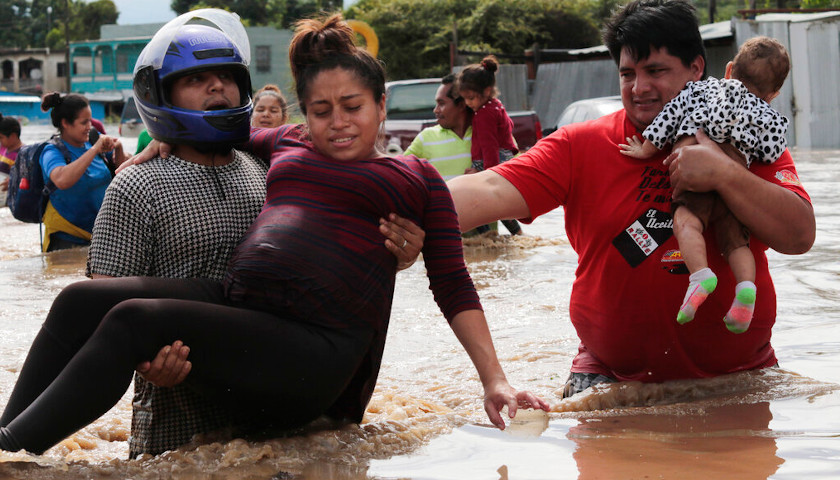 The rain-heavy remnants of Hurricane Eta flooded homes from Panama to Guatemala Thursday as the death toll across Central America rose to at least 57, and aid organizations warned the flooding and mudslides were creating a slow-moving humanitarian disaster across the region.

The storm that hit Nicaragua as a mighty Category 4 hurricane on Tuesday had become more of a vast tropical rainstorm, but it was advancing so slowly and dumping so much rain that much of Central America remained on high alert. Forecasters said the now-tropical depression was expected to regather and head toward Cuba and possibly the Gulf of Mexico by early next week. 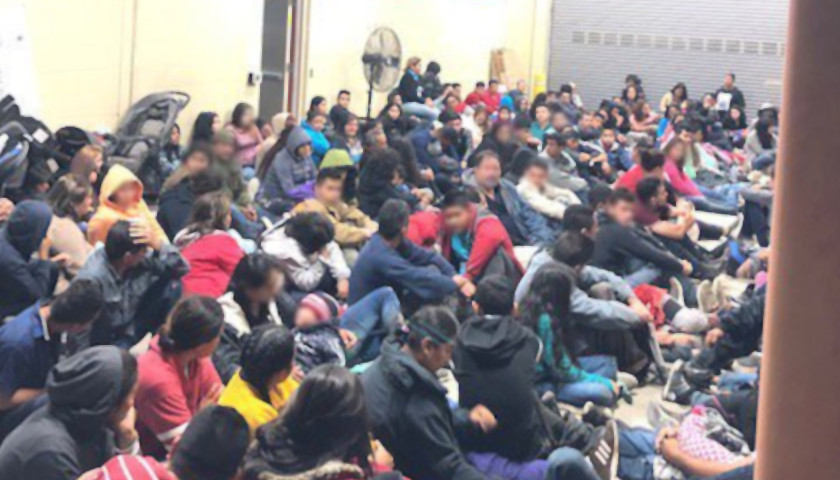 by Robert Romano   Under current immigration and asylum regulations, it was impossible to enforce the law on the southern border. The hundreds of thousands of Central Americans flooding the border the past several months gamed the system, betting that a compassionate America would let them in. Afterward, the families… 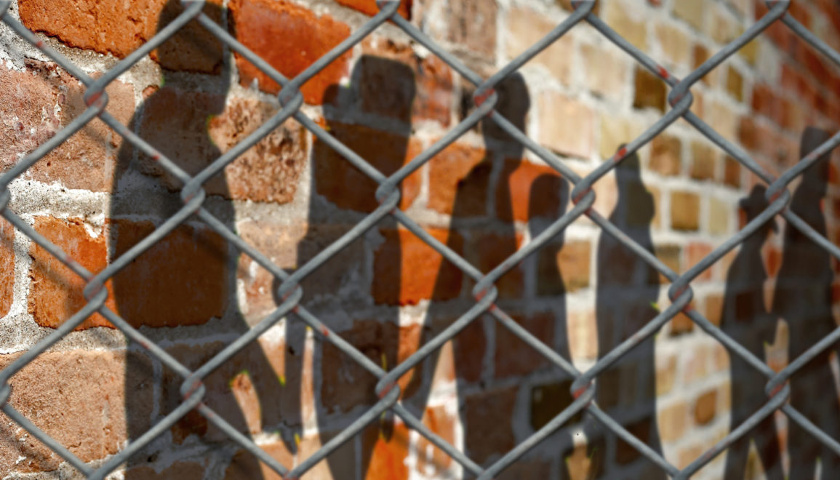 by Pedro Gonsalez   Migrant women are so likely to be raped by people smugglers (coyotes) on the way to the U.S.-Mexico border that standard procedure is to ingest birth-control before starting the trek. So common is the brutalization of women by coyotes that in smuggling towns along the way pharmacists are at the… 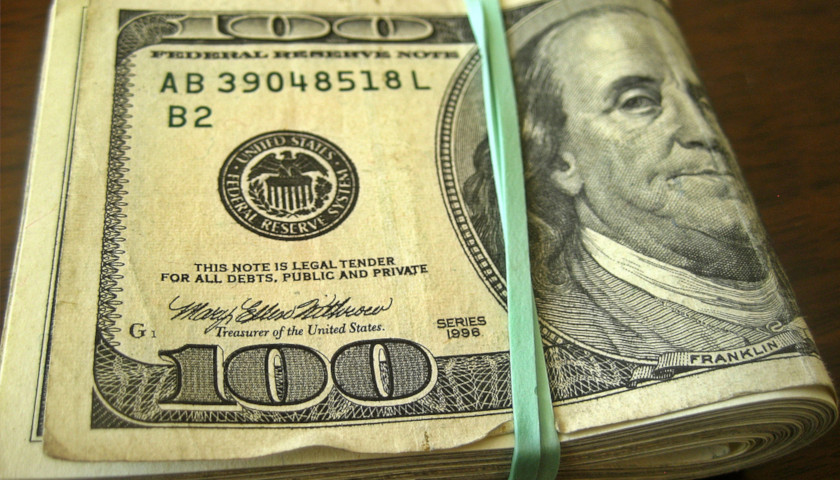 by Jason Hopkins   Foreign nationals from three Central American countries that send some of the highest numbers of illegal immigrants into the U.S. are sending back a record amount of money into their home countries. Immigrants from Guatemala, El Salvador and Honduras sent back a record $120 billion in… 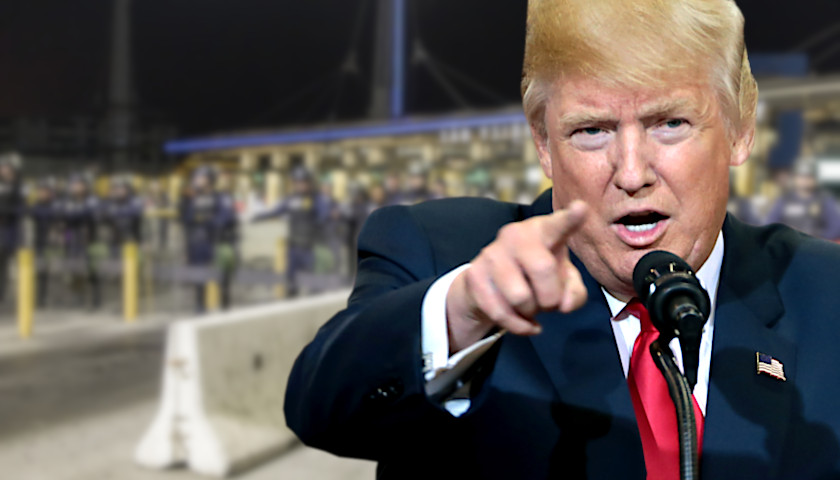 President Donald Trump on Friday once again threatened to close the entire U.S.-Mexico border and cut aid to Honduras, Guatemala, and El Salvador if Congress fails to give him money to fund the border wall. In a series of tweets, Trump also asked to change the “ridiculous immigration laws that… 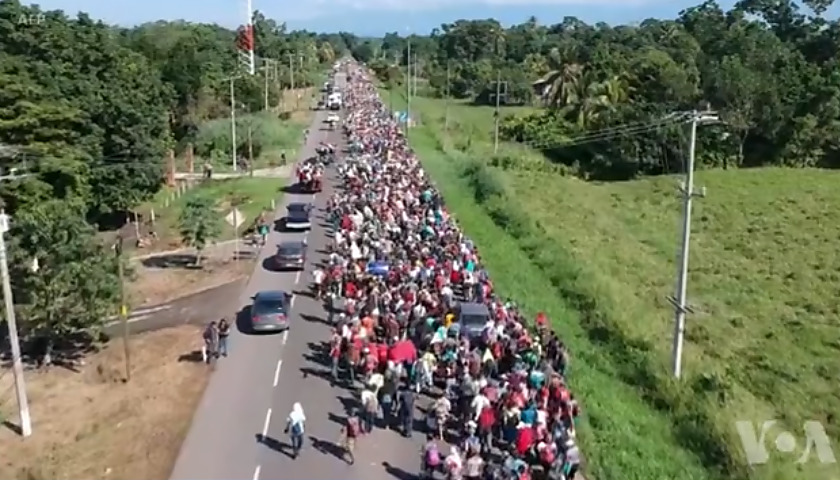 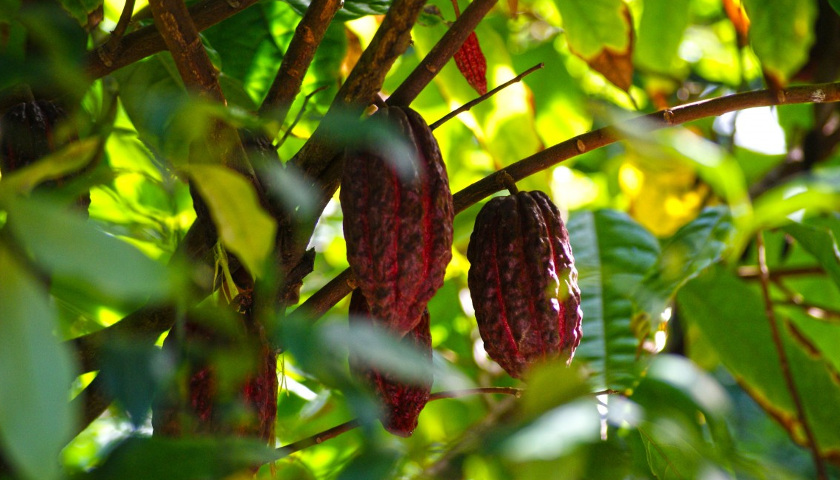 New research strengthens the case that people used the chocolate ingredient cacao in South America 5,400 years ago, underscoring the seed’s radical transformation into today’s Twix bars and M&M candies. Tests indicate traces of cacao on artifacts from an archaeological site in Ecuador, according to a study published Monday. That’s… 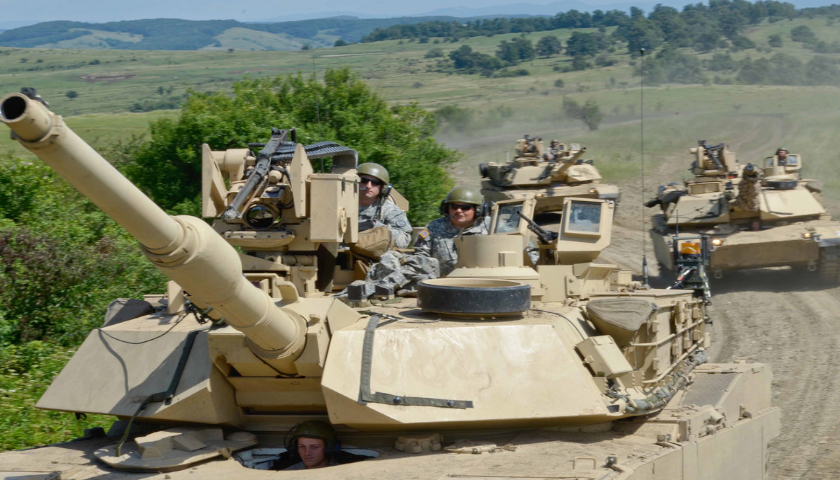 by George Rasley   Conservative social media is awash with advice for President Trump on how to deal with the army of invading Central American aliens who are rapidly approaching our Southern Border. There is a strong current of opinion that says the whole “migrant caravan” is a set-up by… 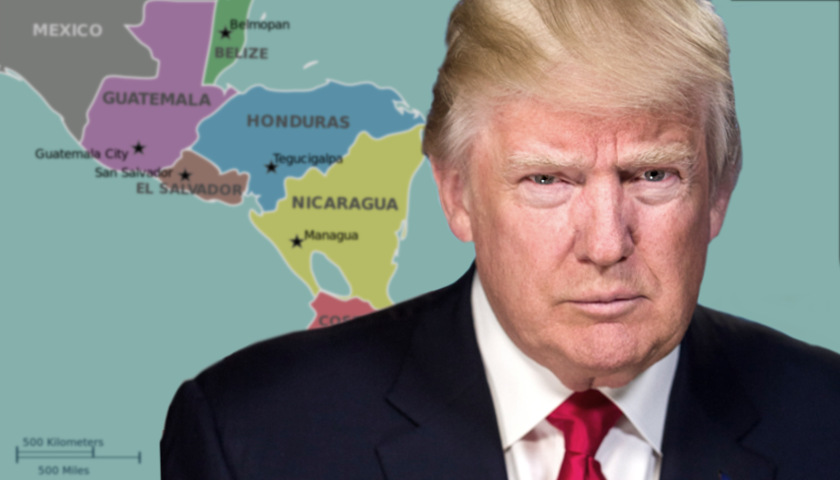 President Donald Trump says the U.S. “will now begin cutting off or substantially reducing” the amount of foreign aid given to Guatemala, Honduras and El Salvador, saying they were “not able to do the job” of stopping migrants from leaving their countries and “coming illegally” to the U.S. His Twitter… 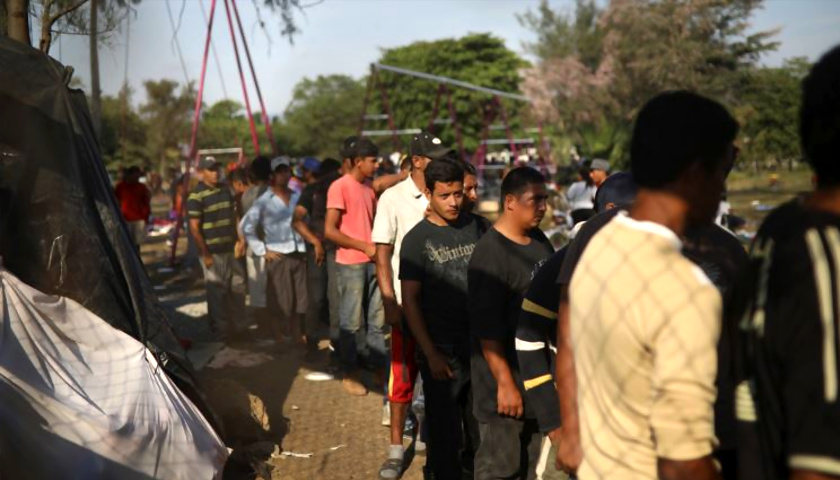 by William Racke   Mexico sent federal police to its southern border Wednesday with a warning that they will detain and deport any members of a highly publicized migrant caravan who try to enter the country without a visa. The police officers arrived in two planes in Tapachula, a border… 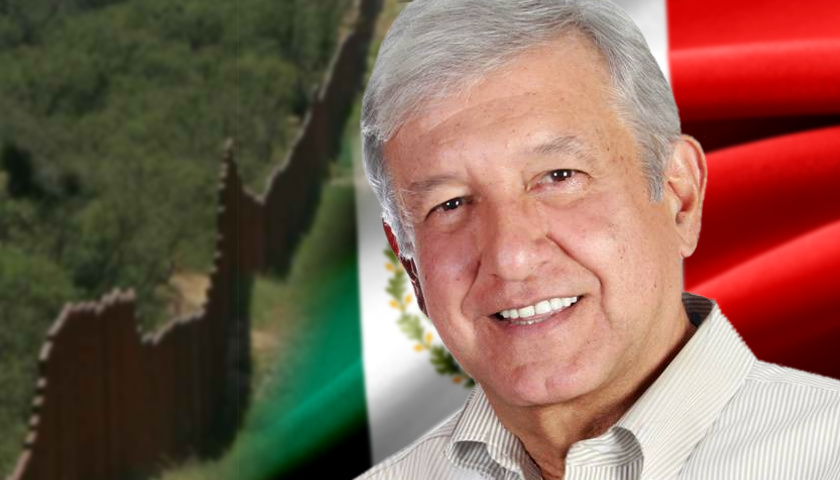 by Will Racke   Mexican President-elect Andres Manuel Lopez Obrador is planning to create a specialized border force to combat illegal immigration across Mexico’s borders, according to his hand-picked security chief. The new force is aimed at stanching the flow of illegal immigrants and contraband from Central America and will…