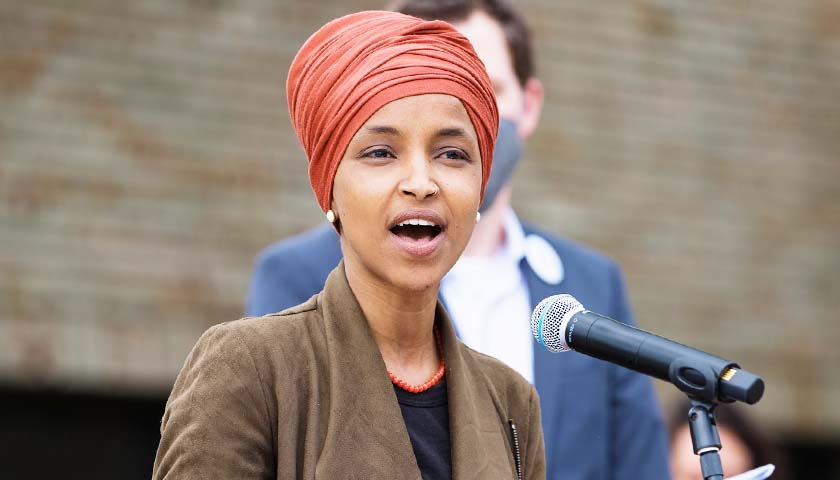 I had a junior high social studies teacher who was fond of saying that if it reached its logical conclusion, liberalism would eventually become fascism. He was long dead before Ilhan Omar hit the scene, but he would be gratified to see his prediction in action.

Omar’s Combating International Islamophobia Act passed the House of Representatives on a narrow party line vote recently. If it becomes law, it will mandate a new State Department bureaucracy to report on anti-Islamic activity as a human rights violation. English is Omar’s second language, and the wording of the bill shows it. Its definition of Islamophobia is not precise. An example of the text includes “acts of physical violence against, or harassment of, Muslim people, and acts of violence against, or vandalism of, Muslim community institutions, including schools, mosques, and cemeteries, and instances of propaganda in government and nongovernment media that attempt to justify or promote racial hatred or incite acts of violence against Muslim people.” 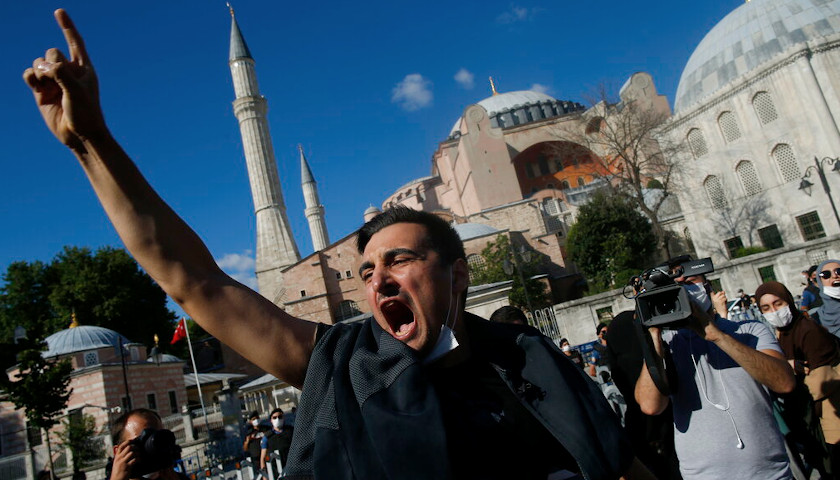 The president of Turkey on Friday formally converted Istanbul’s sixth-century Hagia Sophia back into a mosque and declared it open for Muslim worship, hours after a high court annulled a 1934 decision that had made the religious landmark a museum.

The decision sparked deep dismay among Orthodox Christians. Originally a cathedral, Hagia Sophia was turned into a mosque after Istanbul’s conquest by the Ottoman Empire but had been a museum for the last 86 years, drawing millions of tourists annually. 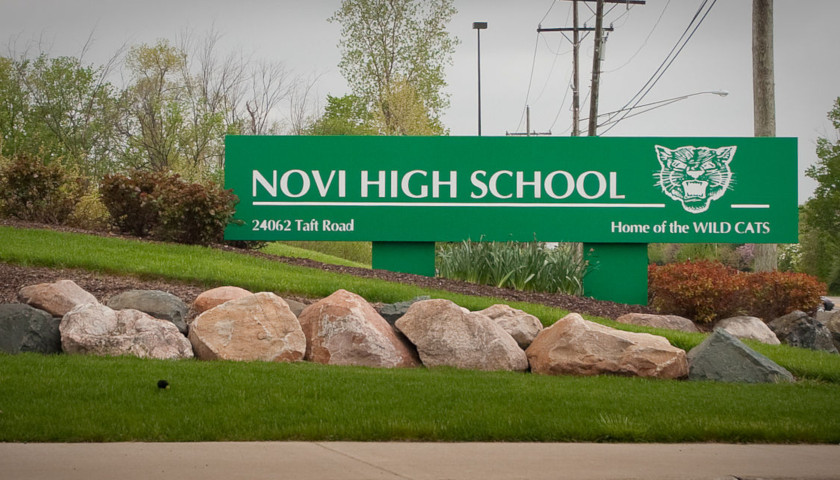 A Freedom of Information Act request has uncovered evidence of “a well-orchestrated Islamic propaganda campaign aimed at teachers in school systems throughout Michigan and several other states.” 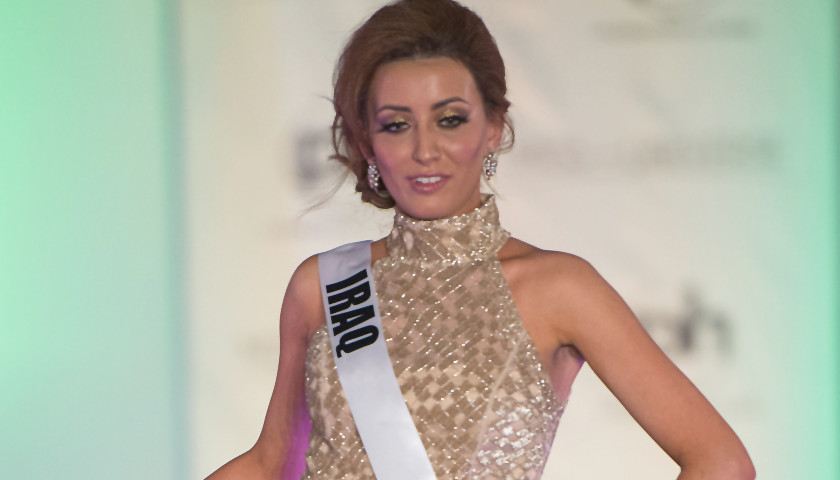 Former Miss Iraq Sarah Idan, who recently immigrated to the U.S. and lives in California, is speaking out against Rep. Ilhan Omar (D-MN-05). 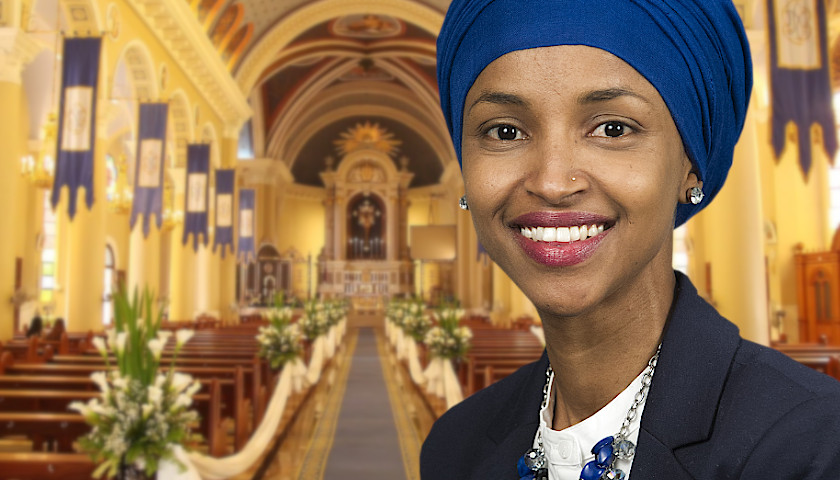 As the secrets of Rep. Ilhan Omar’s (D-MN-05) allegedly criminal past continue to unravel, one fact in the case hasn’t received as much attention as it might deserve: a Christian minister officiated her second marriage, the one to her alleged brother. 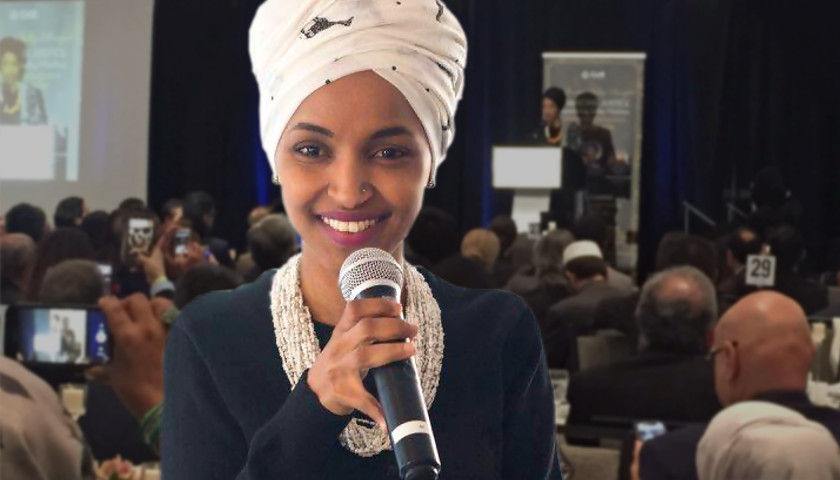 Rep. Ilhan Omar (D-MN-05) spoke Saturday at a fundraiser for the Hamas-linked Council on American -Islamic Relations (CAIR) while hundreds of protesters gathered outside the event. Omar was the keynote speaker for CAIR’s Fourth Annual Valley Banquet in Los Angeles focused on “advancing justice” and “empowering Valley Muslims,” according to… 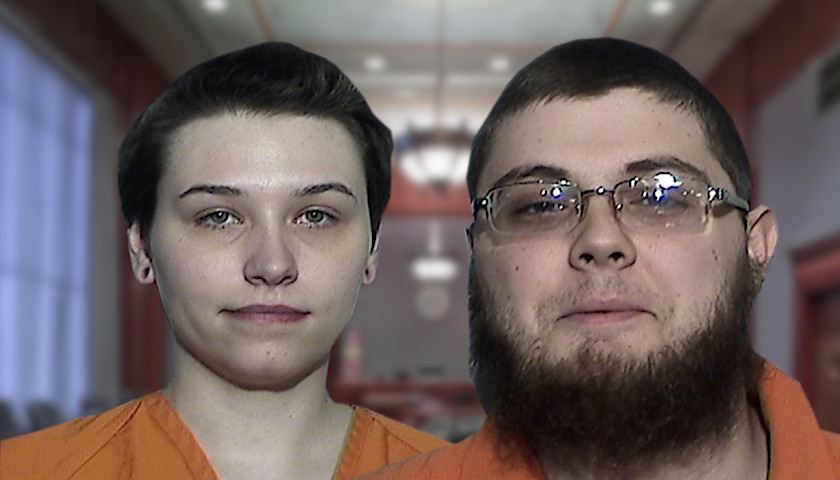 Ohio-based federal authorities announced Monday that they have arrested two people involved in planning separate terrorist attacks in the state, one of whom was a convert to Islam and another who was considering an attack on a pipeline. FBI Acting Special Agent in Charge Jeff Fortunato said during a Monday… 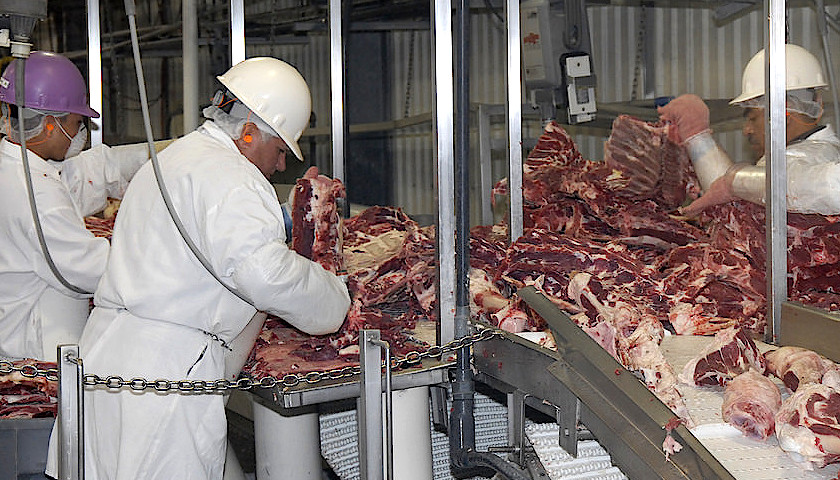 A major U.S. meatpacking company has agreed to pay $1.5 million to settle charges of discrimination involving Muslim workers who walked off the job in a dispute over prayer breaks. The U.S. Equal Employment Opportunity Commission announced the financial settlement Friday after several years of litigation between Cargill Meat Solutions… 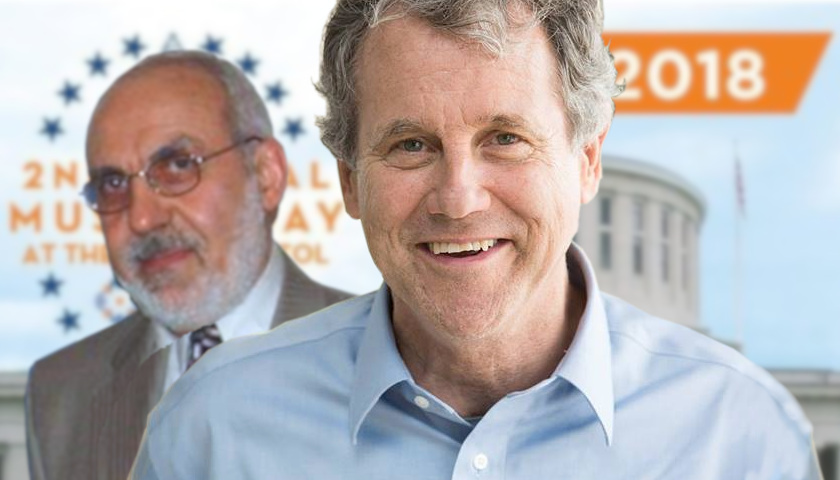 As the nation remembers the nearly 3,000 Americans killed by Islamic terrorists 17 years ago on Sept. 11, 2001, the Council on American-Islamic Relations is promoting two events this month in Ohio meant to portray Islam as a “religion of peace.” CAIR-Ohio will launch its “Teatime for Peace” interfaith dialogue… 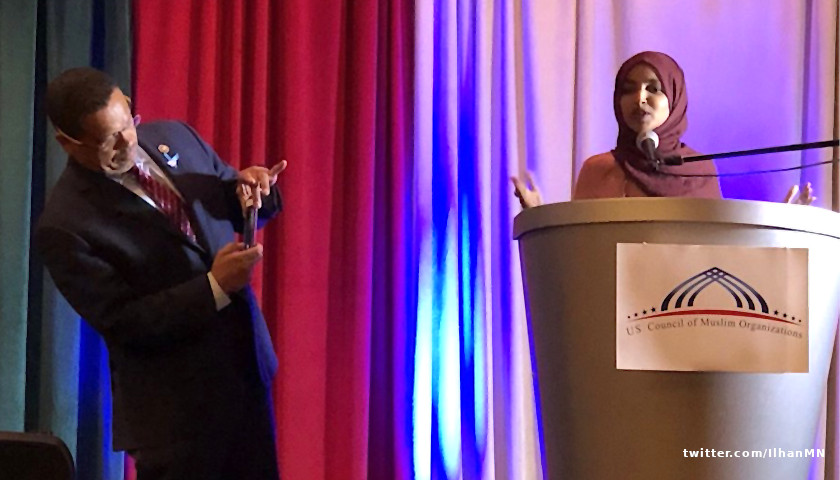 Minnesota State Rep. Ilhan Omar is still serving out her first term as the first Somali-American legislator, but she is poised to inherit what some have called the “anti-Israel seat” in the U.S. House of Representatives. Minnesota’s Fifth Congressional District has remained a Democratic stronghold since the 1970’s, and Omar… 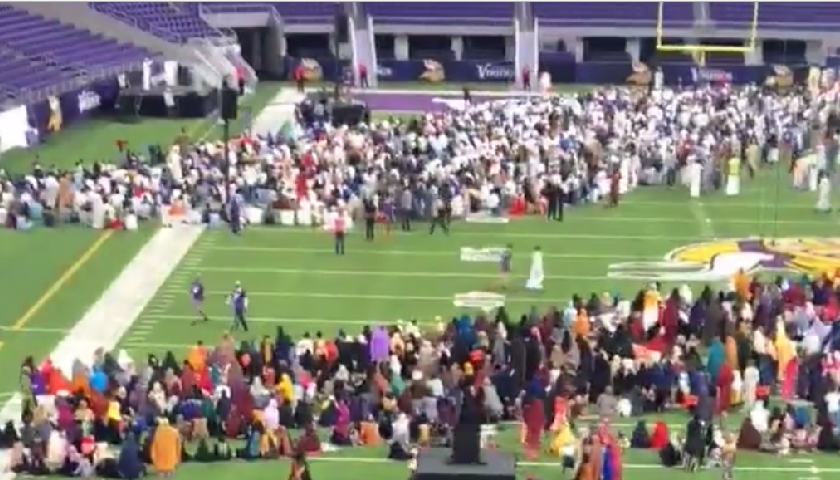 More than 20,000 Muslims are expected to gather at U.S. Bank Stadium Tuesday morning in celebration of the Islamic holiday known as Eid al-Ahda commemorating the sacrifice of Abraham. As such, the holiday, known as the “Feast of Sacrifice,” often involves the ritual sacrifice of an animal, though organizers of… 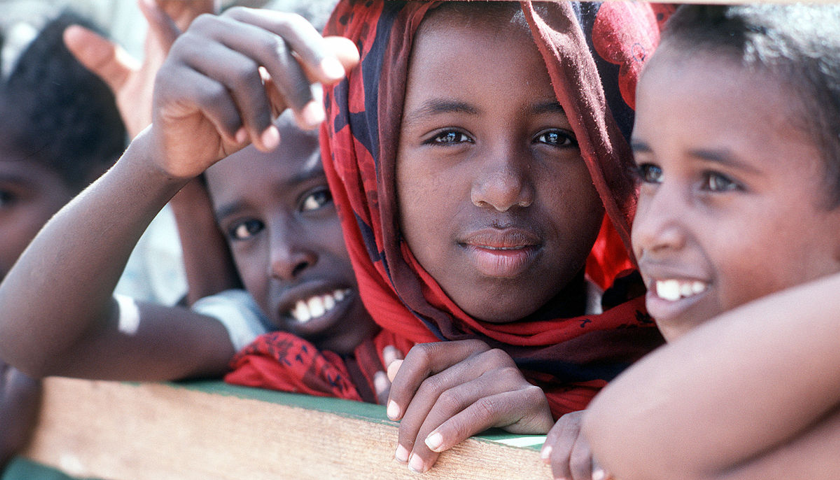 by Gabrielle Okun   A 10-year-old girl in Somalia died on July 14 after complications from female genital mutilation. Deeqa Dahir Nuur, the young girl from the village of Olol, bled to death after a traditional cutter in her town severed a vein causing hemorrhaging, according to The Guardian Friday. She was then… 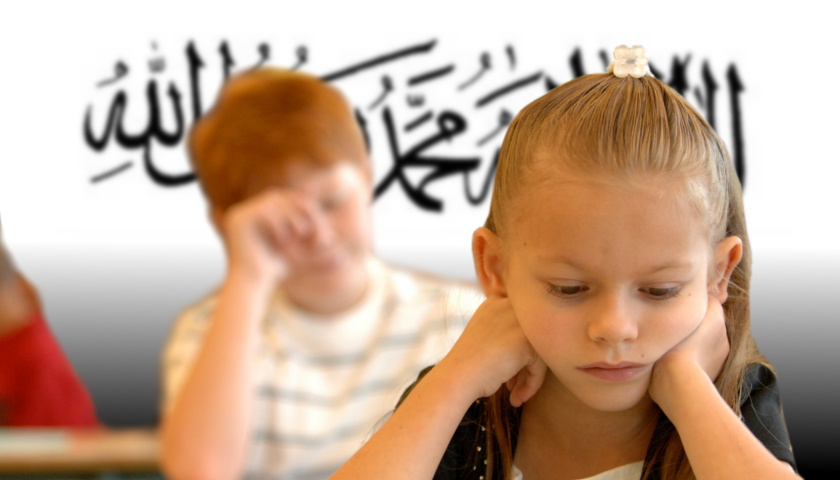 by Joshua Gill   A West Virginia school has come under fire for instructing junior high students to write the Islamic profession of faith ostensibly to practice calligraphy. Rich Penkoski, a Christian parent and founder of online ministry Warriors for Christ, raised alarms over a packet on Islam his daughter’s seventh…