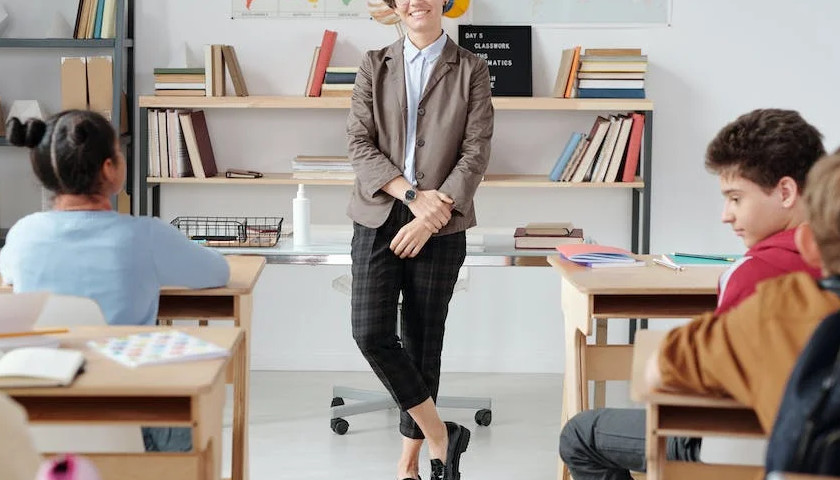 Parents of middle school students in the Upper Arlington Schools in Ohio reported to Libs of TikTok that a “non-binary” youth librarian’s presentation to sixth-grade students involved asking them whether they might be of a different gender and whether they feel safe discussing these thoughts at home.

According to the report by Libs of TikTok, on October 13, the Grade 6 English Language Arts (ELA) teachers of Hastings Middle School partnered with the Upper Arlington Public Library (UAPL) to ask youth librarian Alexx Burris to make recommendations to students for books on the topic of “Coming of Age.” 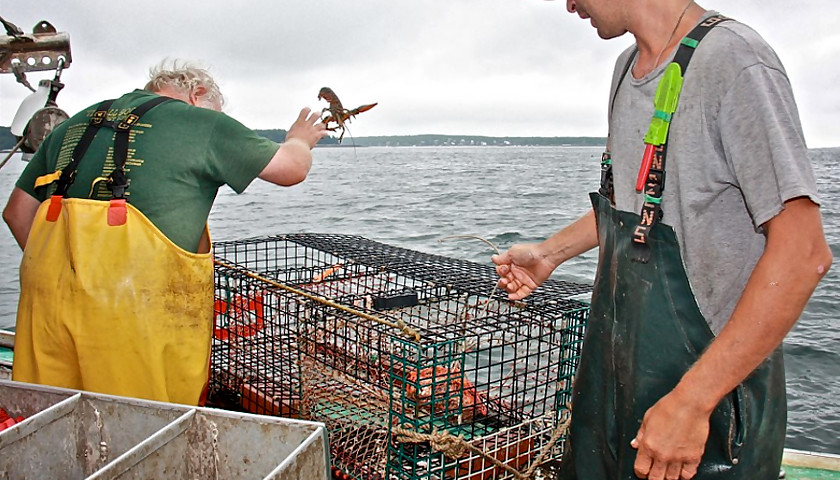 Rep. Jared Golden, D-Maine, called out Biden on Twitter, suggesting the president is a hypocrite for crushing the lobster industry with strict regulations while purchasing 200 lobsters from Maine for the state dinner with Macron. 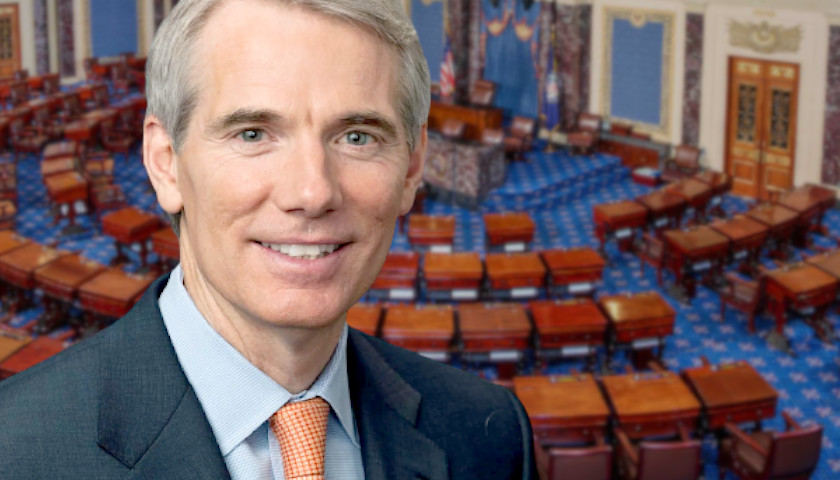 Same-sex marriage is on track to becoming codified in federal statute and retiring U.S. Senator Rob Portman (R-OH) is celebrating his role as a key driver of the change.

In 2013, Portman became the first Republican senator to support redefining marriage as something other than the matrimonial union between one man and one woman. He attributed his reversal of his prior opposition to gay marriage to his son having come out two years earlier. 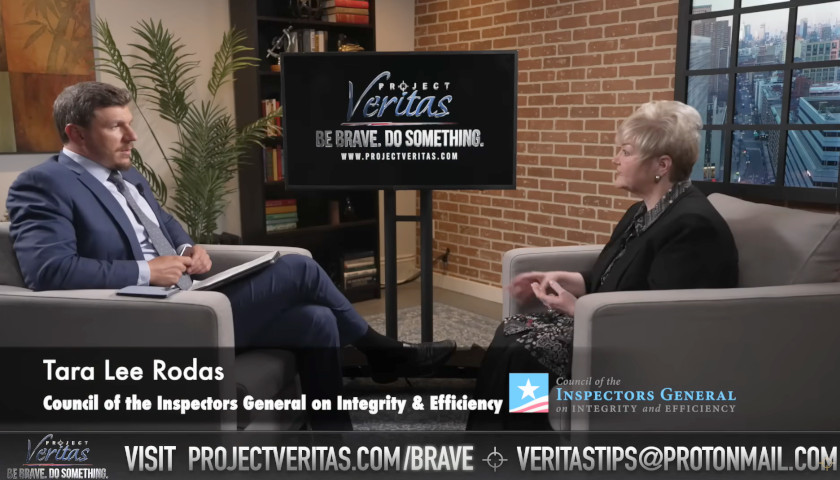 A whistleblower within the U.S. Department of Health and Human Services (HHS) alleged Americans’ tax dollars are being spent to place unaccompanied migrant children into the hands of human traffickers, Project Veritas revealed in a new undercover video investigation. 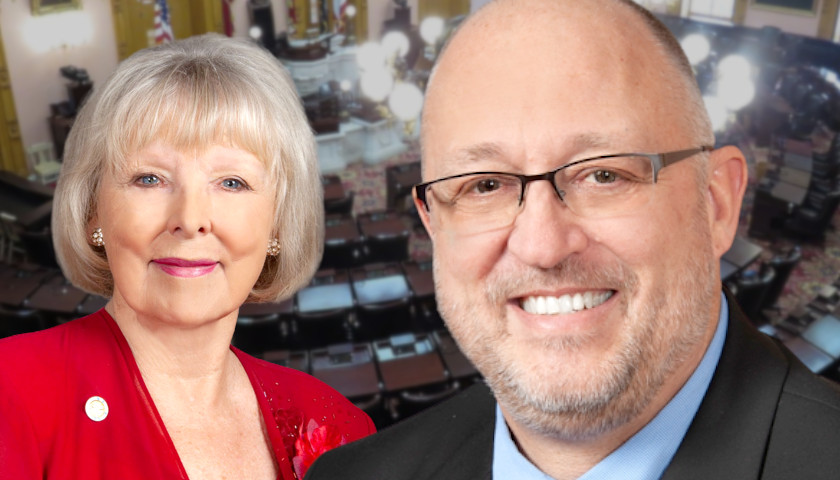 Ohio legislation that would ban providing minors puberty-blocking drugs and cross-sex hormones for “gender transitioning” is being postponed until next year, according to the bill’s Republican sponsors. 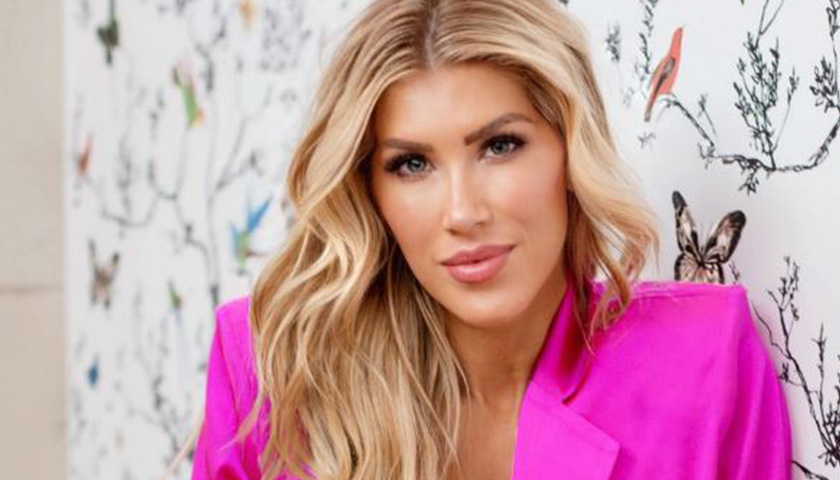 Kimberly Dawn is setting out to change lives for the better this holiday season with her new single, “Life Changing.” 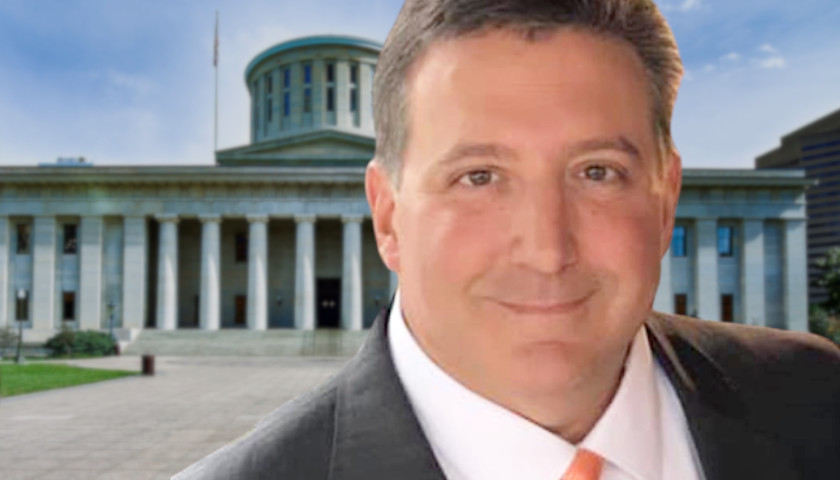 Hamilton County Republican Party Chairman, Alex Triantafilou, officially announced his candidacy for Chairman of the Ohio Republican Party following the announcement that current Chairman, Bob Paduchik will not be seeking another term.

“Our party faces a huge challenge in 2024. Defeating Sherrod Brown and Joe Biden will require a unified and organized state party. I look forward to traveling throughout Ohio to share my vision for our party with Republican leaders in every corner of Ohio,” Triantafilou said on social media. 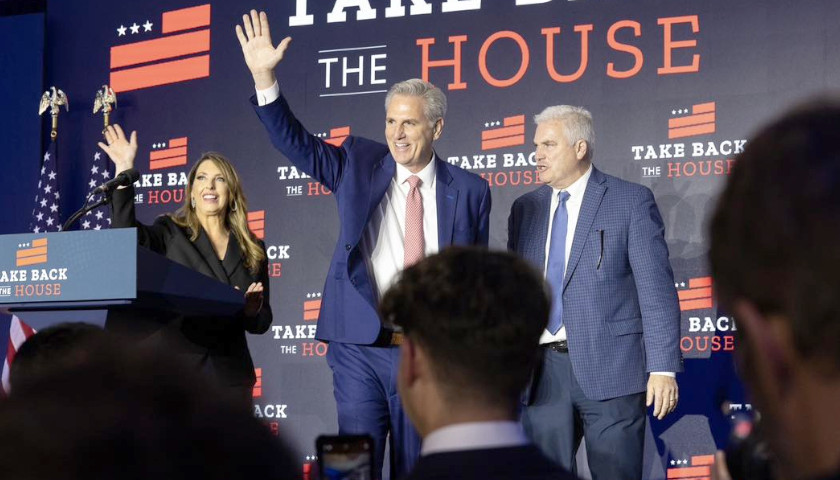 The failure of the Republican Party to achieve its much-ballyhooed red wave is a reflection of just how badly the GOP has failed its voters and the nation. While it is fair to lay some of the blame at the feet of former President Donald Trump, the rest of the party must carry an equal, if not greater, share of it.

This failure comes down to one thing: misapprehending the permanently changed dynamics of the electorate. 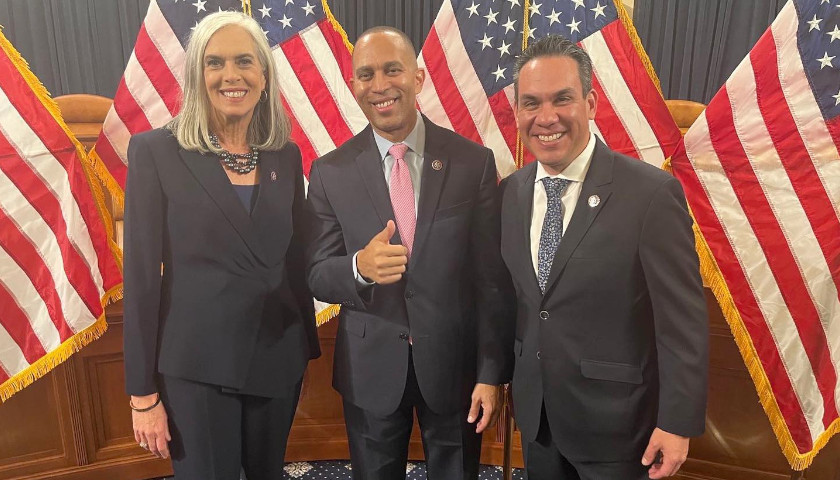 House Democrats on Wednesday elected New York Rep. Hakeem Jeffries as the leader of their conference.

Jeffries in assuming the post becomes the first black American to head a major political party in Congress. 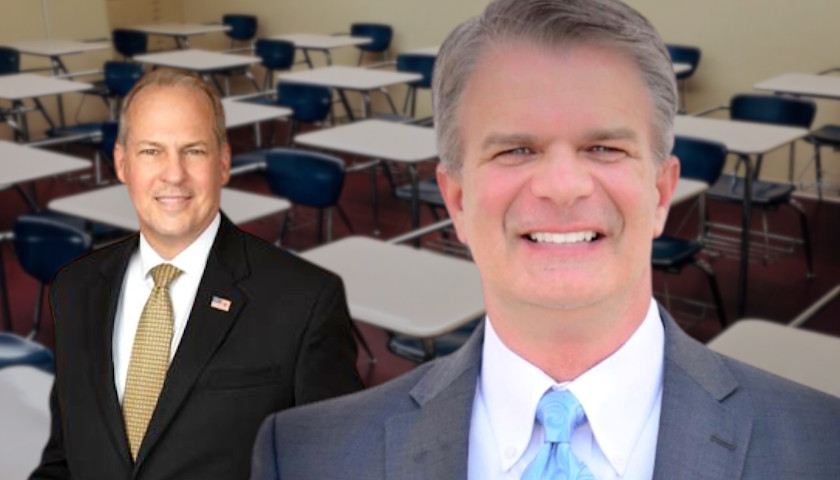 Two school boards with conservative majorities parted ways with their schools’ superintendents in November, both of whom oversaw the implementation of mask mandates into the fall of 2021. 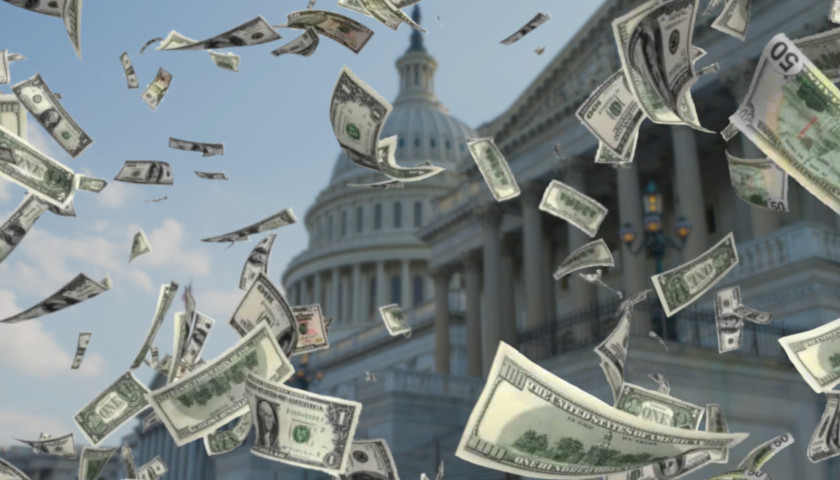 Our debt is too large. Inflation is too high. We rarely pass a budget anymore — this year neither Budget Committee even bothered to come up with one. This is how great nations become weakened nations, and with all the threats on the world stage, it is urgent we make a change now.

What we need is a budget that changes our fiscal trajectory away from one where the debt is growing faster than the economy, to one where it is stabilized and then gradually brought down. 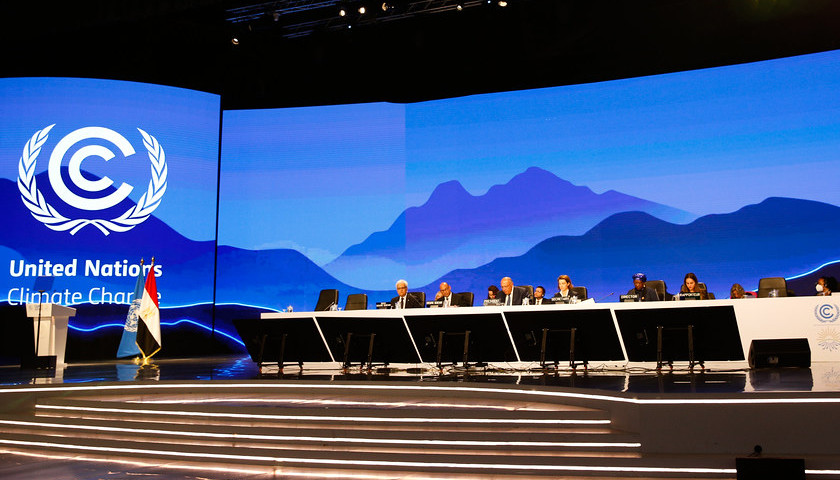 This is a question without an answer. But for nearly three weeks in November, over 35,000 people including heads of state and the global corps d’elite, pretended they were solving what they claim is the most urgent crisis in the world—the climate emergency—while ignoring the only relevant question. What is a practical alternative to fossil fuel?

Also ignored at the latest U.N. Climate Change Conference, an event sponsored by some of the world’s biggest corporations and covered, uncritically, by the biggest media conglomerates on earth, was the primary reason for environmental challenges in the 21st century. It’s not fossil fuel. It’s population trends. 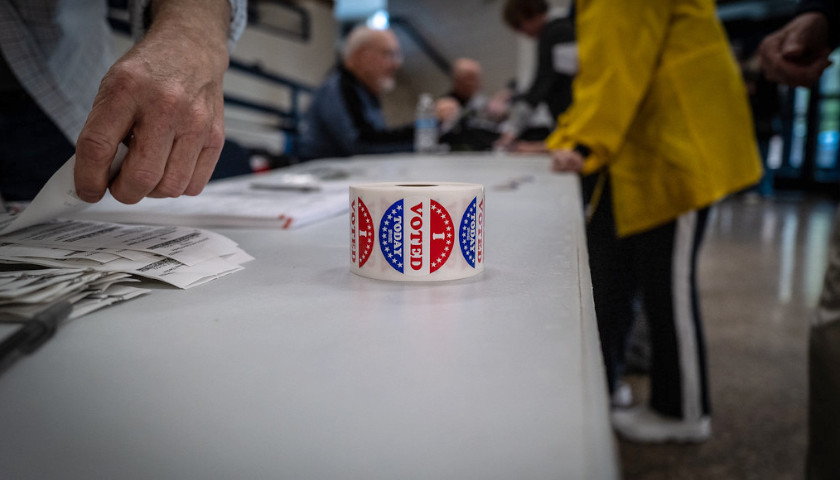 As voters, poll workers, and observers have voiced their concerns about issues they witnessed on Election Day in Maricopa County, Ariz., a review of the county’s history shows 10 years of election issues under various election officials.

Numerous issues occurred at vote centers on Election Day in Maricopa County earlier this month, from election machine problems to hours-long lines, according to widespread reports. However, election issues are not unique to the 2022 midterms in Maricopa, as some began a decade ago. 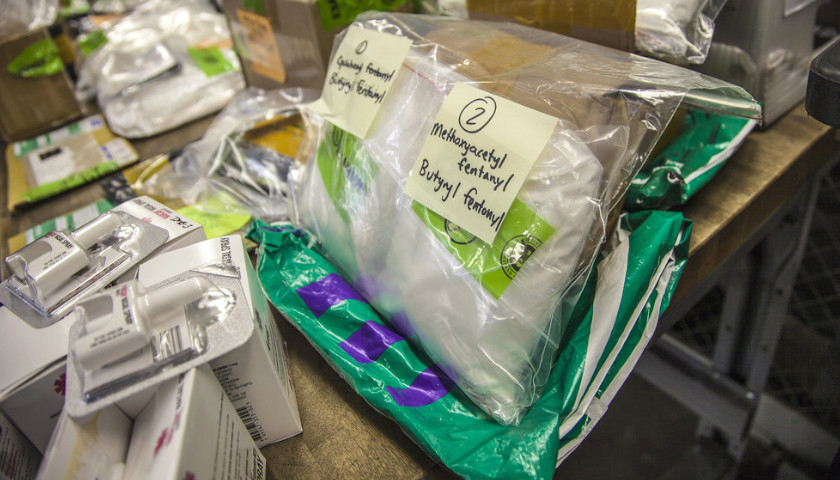 Accidental fentanyl overdoses killed 1,504 people in the county last year, a roughly 1,280% rise compared to the 109-individual death toll in 2016, according to the report released Tuesday. Total accidental drug overdose deaths more than doubled in that time, with deaths from accidental opioid overdoses and methamphetamine overdoses both rising by over 300%. 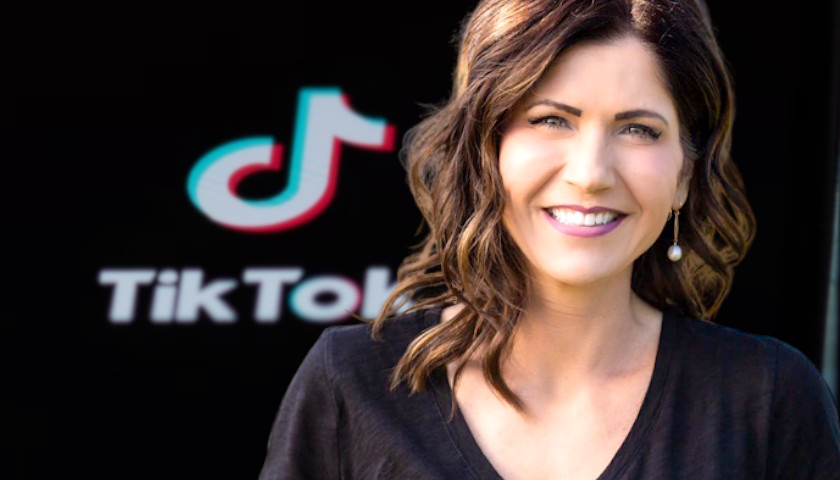 Republican Gov. Kristi Noem of South Dakota issued an executive order banning the use of TikTok on Tuesday, according to a state press release.

The order prohibits any South Dakota state agency or government employee from downloading or using the TikTok application on a state-issued device, as well as from visiting the TikTok website. Additionally, it extends these prohibitions to any contractor and their personnel doing business with the state. 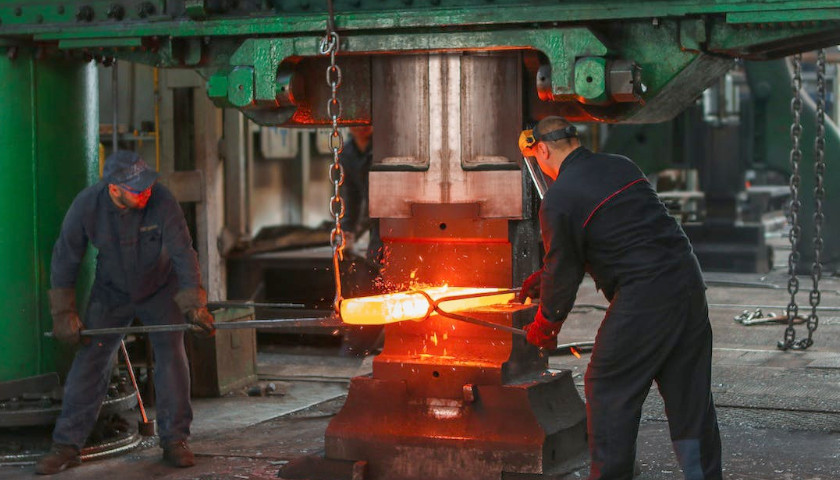 Private companies added 127,000 jobs in November, missing investor expectations by more than 70,000 to post the worst result since January 2021, according to private payroll firm ADP and CNBC Monday.

The addition represented a sharp decline from the 239,000 new jobs reported by the firm in October. Industries that were most directly impacted by higher interest rates, such as construction, were hit the hardest by job cuts, while consumer-facing industries, such as hospitality, largely weathered the storm, according to ADP. 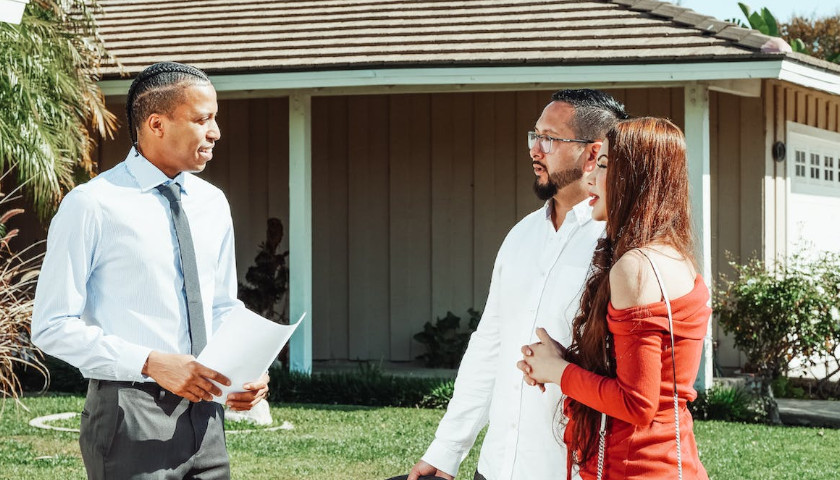 Many Republican and independent voters are either moving or planning on moving to states that align with their beliefs, according to a new poll.

Of 1,084 respondents, 10.4% of Republicans and 9.6% of independents said that they plan on moving to an area that aligns with their beliefs in the next year, while only 2.1% of Democrats said they would move, according to a Trafalgar Group/ Convention of States Action poll. Furthermore, some respondents have already moved to new areas based on their beliefs, with 4.4% of Republican and 4.1% of independent respondents saying they had done so in the last three years.